Adapting to the College Lifestyle 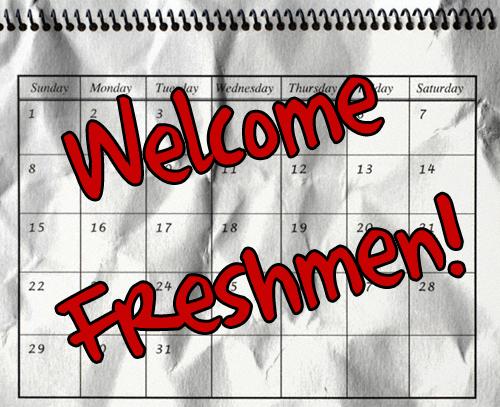 For freshmen starting a new life at college, it can sometimes be a struggle to make new friends and find activities and organizations that suit their interests. Luckily, Mercy College Student Life hosts an array of year-round activities to help first-year students adjust to campus life and find new students to hang out with. These range from student field trips to Six Flags Great Adventure to movie night at the local theater.

On Sept. 27, Student Life hosted a First-Year Student Block Party in the Hudson Courtyard. This three-hour event allowed first year students to interact with each other while enjoying an array of free food, games and music.

Louis Cameron, Assistant Director for the Office of Student Life, was on hand as the event began. He explained why Student Life decided to host a block party dedicated to freshmen:

“A lot of times we like to work on different opportunities for first-year students to connect. Freshman year is such a very critical year for students in general. We wanted to put together this first-year student block party as an opportunity for them to celebrate the end of their first month in college.

Cameron went on to explain some of the other first-year events taking place in the coming weeks.

“Starting next month, we’ll have a series called Faculty Connection. This is an opportunity for first-year students to engage and build networks with faculty members outside of the classroom by focusing on faculty members coming to talk about a skill or practice that’s going to be critical for them transitioning to college and their first year. That happens every month.”

“There’s also a first-year student movie trip that will happen in November and then some different social events or trips that are marketed specifically for freshmen as well.”

According to Cameron, the freshmen experience has changed both on and off campus over the past few years.

“The Personalized Achievement Contract (PACT) office has had a first-year experience team with the office of Student Life collaborating to build different opportunities for freshmen to remain engaged on campus and to have a successful transition coming from high school to college.

“In their first year of college, making sure freshmen are constantly engaged in different activities, programs and events that they want to be engaged in and that they find those different outlets that keep them connected to the campus community,” Cameron said when discussing what he wants to see freshmen accomplish in their first year. He would also like to see students engaging regularly with faculty members outside of the classroom. That’s in addition to thriving, so that when they enter the next semester, they are excited and confident in their abilities to succeed as students.

As students were playing Jenga and chowing down on brownies and mozzarella sticks, The Impact sat down with a couple of freshmen to get their thoughts on adjusting to college life.

“It’s been kind of crazy. It’s my first time living on my own as probably most freshmen are,” TJ Canese, a music production major said when describing his first month on campus. “It’s been a little difficult adjusting but it’s cool to get out of your hometown and meeting new people who have similar interests in your major.”

Canese joined the acapella group, which gave him his first interaction with upperclassmen.

“They had auditions last Friday and it was in one of the tech rooms. There’s not a lot of freshmen in it so I kind of stand out among the others.’

Accepted Students Day and Orientation has also helped Canese meet new freshmen. Actually, he’s made more friends from those two events then he has in his classes.

LeAnn Portillo, a communication disorders major and Tristan Cardona, a physical therapy major, have been good friends since the semester started. They enjoy being on campus and are pleased by how friendly the staff are.

Cardona went on to say, “When I was in orientation I was really nervous. But the orientation leaders were kind so it was fun getting along with them and they made the experience really fun.”

Angela Perez, a pre-med major, enjoys being a freshman on campus. “It’s a good environment and I like learning in my classes.”

All in all, the First-Year Student Block Party was a huge success and many of the freshmen we saw are looking forward to finishing the semester strong and adjusting to campus life. Having newly made friends alongside them, plus friendly staff members to help them with the process, will make the transition process go much smoother.