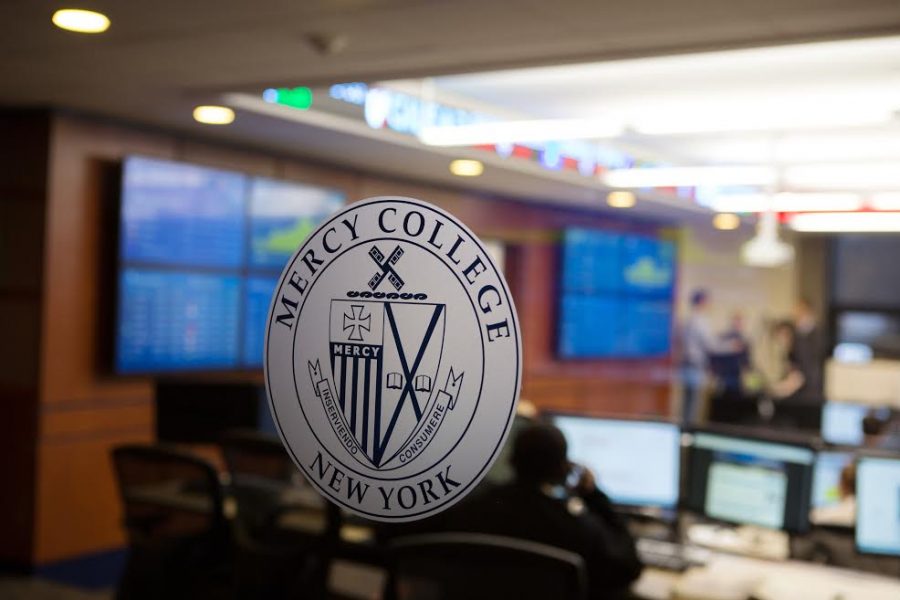 Mercy College is suing ex-dean of the School of Business, Edward Weis, as well as Long Island University, with damages of up to $700,000, after accusing Weis of smuggling prospective business honors students and swaying them to admit to LIU, according to documents obtained by The Impact by the New York State Supreme Court.

As of June, Weis began his new position as Vice President of Academic Affairs at LIU. During Weis’ six years of employment at Mercy College, he maintained access to confidential student information in relation to potential Business Honors students in the Business Honors Program.

Annually, Mercy College hosts a Summer Leadership Academy, in which beforehand, the college assembles a list of high schools along with the names of students who have higher than average GPA and SAT scores. Following that process, Mercy then invites the students to the academic affair. In means of recruitment, the high school seniors who generally attend the summer program are then offered admission into the Business Honors Program.

Shortly after Weis’ sudden departure on May 31, upon investigation in June, Mercy College became aware that Weis forwarded classified student lists, reports, and spreadsheets to his personal email account dating back to April, according to the lawsuit.

Such emails contained the list of high SAT students, with their scores, GPA, full names, addresses, e-mails, and phone numbers. He also forwarded an e-mail exchange between he, and one of his registered students, which included their grades and personal e-mail address, according to the lawsuit.

Furthermore, Weis is suspected to have accessed through his home computer, Mercy’s 2018 Leadership Academy Spreadsheet, which contained all the high school seniors’ names and contact information, in whom the school intended on proposing admittance into the Business Honors program.

It added that Weis utilized the confidential information by contacting registered Mercy College students for the purpose of inviting them to attend LIU. His actions have been proven to violate his obligation of loyalty to Mercy College as an employee.

Chuck Garcia, formerly a Professor of Organizational Leadership for five years at Mercy College, also resigned from his position in June, shortly after Weis, and started a new one the same month with LIU as the Assistant Dean of the School of Business.

The lawsuit states Garcia, “Directly solicited two of the registered students on the high SAT list, by texting them on their personal cell phones, and offering them more scholarship money to attend LIU than they had been offered by Mercy College.”

The only way Garcia would have had access to the confidential student reports would have been through the operation of Dean Weis, states the lawsuit.

LIU’s current President, Kimberly R. Cline, who also served as the President of Mercy College for five years from 2008 to 2013, failed to respond to requests for comment.

Weis and Garcia also did not respond to The Impact’s requests for comment.

There were 42 accepted and registered Business Honors freshman for the 2018-2019 academic year, as of Mercy College’s May 1 deadline.

By mid-July, nine of the 42 students declared their commitment to LIU instead of Mercy College.

The annual cost of each registered student is about” $32,252 in tuition, registration, as well as meal and board, excluding scholarships,” as stated in said lawsuit.

According to a July 20 letter sent by Mercy College to Weis, the college demanded he “immediately cease and desist his unlawful conduct and return all confidential proprietary information no later than 5 p.m. on July 23.”

Weis has yet to discharge the information in his custody at the time of the filed lawsuit.

Mercy College’s Interim Dean, Victor Petenkemani, declined comment but did speak on behalf of the school in court in August.

Laura Plunkett, Director of Public Relations at Mercy College states “we are committed to working with all parties involved for a quick resolution.”

Mercy College Junior, Allison Wagner is a member of the Business Honors Program and explains that Weis’ hasty departure was surprisingly discovered through student group chats and not through any email notifications from school officials.

She was first taken aback by the news, along with her peers, but didn’t see it as a setback for the Business Honors Program.

“It was a shock but at the end of the day he was a mentor, and mentors sometimes move on. He had his own career outlook to look at and I think that whoever our new Dean is can come and grow the program the same way or even better,” expresses Wagner.

Wagner feels Weis cared about his students individually, with his more hands on practices of teaching instead of through textbooks. That being one of the reasons why she took interest in the Business Honors Program.

“There are still professors here that care. Just because one leaves doesn’t mean everyone else left,” Wagner indicates.

Wagner divulges into the notion that there’s no particular emotion the entire program feels after the news of the lawsuit.

“I think the reactions across the board have been varied. Some are mad, some are sad, some still have hope.”

Wagner is at a moment in her life where she has moved on from the ghastly event and has no hard feelings against Weis.

“Some schools have multiple dean departures a year. Its not an unusual thing and something that we can’t grow from.”

Regarding the lawsuit, Wagner expresses no concern for the result.

“That’s not my issue, I’m still here and that’s for the administration at Mercy to figure out.”

Graduate student, Syed Ali, wasn’t as close to Weis before his departure as Wagner. After transferring to Mercy two years ago, he hasn’t experienced much of a connection to the business program’s staff.

Ali was unfamiliar with the lawsuit against Weis, but indicated concern for his actions.

“Why would you lead students out of the college that you worked for? You should want more students here rather than sending them to another college campus.”

Wager and Ali are one of the small percentage of business students that wished to speak on the lawsuit and not remain anonymous.

LIU spokesman, Gordon Tepper, states “this lawsuit is without merit.”

Mercy College is represented by attorneys Mary A. Smith and John D. Bryan.