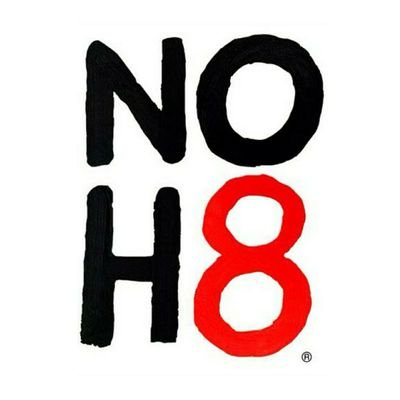 Over 90 percent of LGBT youth say they hear negative messages about being their lifestyle, with the top sources being school, the internet, and peers, according to HRC.org.  In a time period where the LGBT community is accepted by most, but not all, the NOH8 campaign is something that can allow people to become more educated about the community.

The NOH8 campaign is a charitable organization who promotes LGBT marriage, gender, and human equality through visual demonstration. This time every year, Student Life hosts their annual NOH8 Photos where students and faculty can show their support for the lgbt community by taking a picture for the NOH8 campaign. 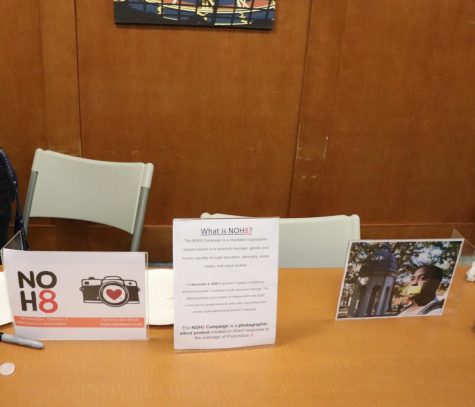 The NOH8 Photos event took place on Oct. 3 and was held for three hours in front of the lecture hall by the cafeteria in Main Hall. When asked what NOH8 meant to her, junior biology major Fatou Gary stated, “Being able to accept people for their differences, gender equality, marriages, diversity in general. NOH8 means that you accept everybody for who they are, you don’t have to like it but at least respect everybody for their differences.”

Throughout the event, we had many students and faculty, including student athletes stop and take pictures to support the campaign and give their input on what they thought when they find out when the school was holding the event. Mary Sherman, program coordinator of the Mav Friendly market, said, “I was very excited. Personally, I am an individual who promotes accepting yourself, being able to identify in a way that is most comfortable for who you are as an individual and so I was very excited to be able to see that NOH8 would be here at Mercy College because I truly feel just in my short time here that I have been incredibly accepted for all identities that I hold… and I feel that the individuals that I’ve met are willing to accept and willing to show their true selves.”

Not everyone in the LGBT community feels safe though, in fact, according to dosomething.org, 80 percent of gay and lesbian youth report severe social isolation. That is where NOH8 comes into play. The campaign wants children and adults to feel like they have the support needed to have a good life as a part of the LGBT community.

Freshman Broadcasting major Ariana Ricci declared, “NOH8 to me means pretty much just to spread love, don’t be negative, just be positive and have a great day.” 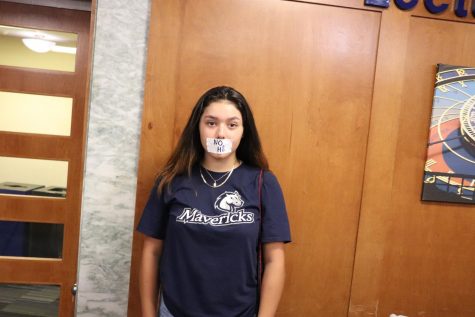 Mercy College supports the LGBT community by not only having annual NOH8 photos every year, but they also have an LGBT club called Glow Up, which stands for Gay, Lesbian, or Whatever You Prefer where students and faculty that are apart of the LGBTQ community can go and be a part of the club, where students discuss events that we would like to for the school and even discuss some very sensitive topics that people in the community have a hard time discussing, but they feel safe discussing it in the Gow Up club.

If you want to show your support for the community, but did not take a NOH8 photo on Oct. 3, you can come to a Glow Up meeting that are held every Thursday at 6:30 p.m. in Main Hall Room 310. 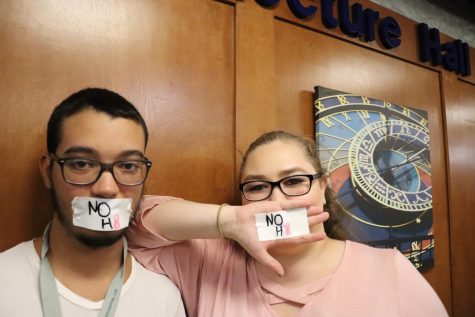