Mercy Near Completion On New Walk Path To Train Station 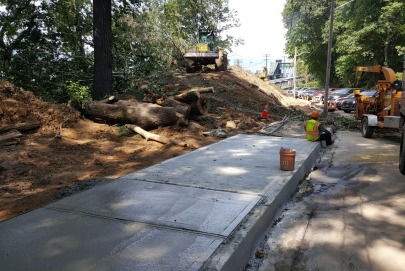 The construction of a new pedestrian walkway to the Ardsley on Hudson train station is the latest improvement Mercy College has under taken to improve the campus. This project, which began this summer, has already cost nearly $500,000 dollars, but by completion it is projected to be about $800,000.

This construction project is a partnership between Mercy College, the Village of Irvington and the MTA. Hudson House part of the Ardsley Park Homeowners Association in Irvington was happy to support Mercy College’s new project because it benefited the students and the community.

As part of the agreement, Mercy College must maintain the walkway, handle all snow removal and pay for the lighting.

The Vice President of Operations and Facilities at Mercy College, Thomas Simmonds, is very excited about this new walkway that Mercy is taking the lead on.

“We think it’s really going to be transformative,” said Simmonds. “By being transformative, it takes advantage of the fact that about 20 percent of our population comes by train every day.”

Simmonds praised the teamwork between the different entities. 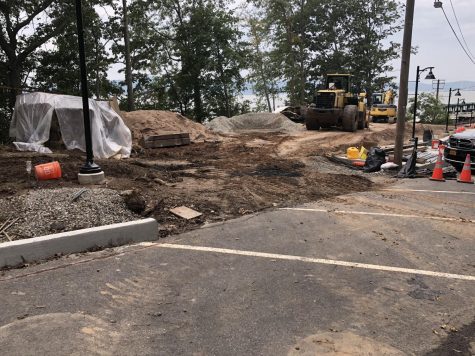 This new walkway is a quarter mile with a view of the Hudson River. It will have lighting that will improve the visibility along the walkway path. There will be cameras and emergency call boxes. Halfway along the new pedestrian walkway there will be benches that students can use to take a break and relax while overlooking the Hudson River.

The first section of this walkway that goes from the Village of Irvington tennis courts on Hudson Road West up to the campus was available for use beginning on Sept. 4. Construction on the second section going towards Hudson Road west to the entrance of the train station is ongoing. Mercy College is anticipating that the entirety of the project will be finished by mid-end of October.

“By Halloween, we want it to be all done,” said Simmonds. “I have given them some milestones to be done by the end of September. We have some grading still to be done and we have the lights to set up.”

Construction during the summer was delayed because certain required permits had not been issued yet. The issue was that there were several property owners who are involved in the project, which led to Mercy having to wait for the MTA to issue permits.

The Director of Facilities Services Management, Thomas LaMere, is happy about the feedback Mercy is getting about the walkway.

“Were getting a lot of positive feedback,” said Lamere. 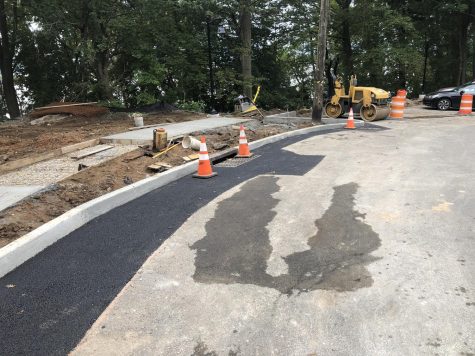 Dr. Ben Abelson, philosophy professor in the School of Liberal Arts, said that he liked the new addition Mercy is making.

“It’s nice,” Abelson said. “The improvement we really needed was the path that they are working on. It’s great that their doing it finally.”

Students around campus have been very happy with the new construction Mercy have undertaken. They think it looks good and believe that it is a lot safer than walking in the road where cars are passing by.

Jaylene Rivera, freshman psychology major, said she likes what Mercy is doing to improve the campus.

“It’s not finished yet but, so far it’s looking good,” Rivera said. 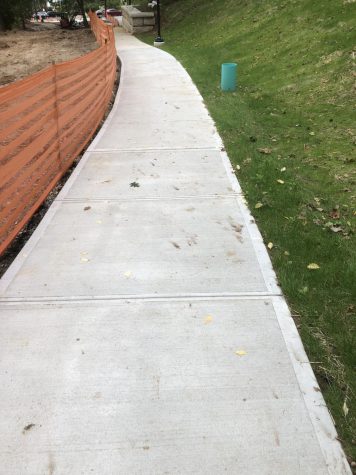 “It looks good from the view of the basketball court,” Jose said.

Nia Nuri, senior education major, said that she liked the new additions because it makes it safer to walk to campus.

“It’s better than walking next to the vehicles.”

The community reaction has been positive as well.

“This is a good example of something the community thought would be a great thing for us at Mercy College, as a neighbor to take the lead on,” said Simmonds. “We were glad to kind of do that because it really benefits our students as much as it does the local community.”