Paranormal Activity In Yonkers and Westchester

Meet two real life ghost hunters. And they are doing it in your backyard. 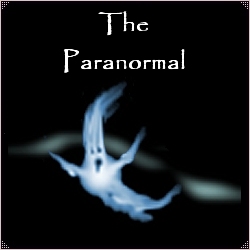 A simple Google search of “paranormal” would define the word as the, “denoting events or phenomena such as telekinesis or clairvoyance that are beyond the scope of normal scientific understanding.”

When most think of the paranormal they immediately think of the big screen with films such as Paranormal Activity or The Blair Witch Project.

Or paranormal reality shows like Ghost Hunters and many others who have been debunked for staging interactions with the paranormal.

The actual paranormal is much more real and terrifying. Especially when it is so close to home to many of us.

“A young girl had died in the three-floor family house where I grew up at. My cousins claimed to have seen her ghost. I was fascinated with her even though I had never seen her,” said Jason Medina, 47, retired New York City police officer of 23 years and co-founder of Yonkers Ghost Investigators.

Founded in 2006 by Medina along with his cousin Christina Claudio, the non-profit organization have conducted over 375 paranormal investigations, according to the organization’s website.

Coincidence or another headquarters for the team’s paranormal investigations?

“My main rule is to never take anything from an investigation home with you. You might bring a spirit into your home,” said Medina.

The teams routine for an investigation is a far more technical one than most others. Other investigative teams use out-of-body experiences or can feel a disturbing presence to sense paranormal activity. Not Medina.

“Being a paranormal investigator, I cannot believe everything I am told. I have to be skeptical. Not everything is what it appears to be,” said Medina.

Medina begins by contacting the members of his now 14 man and woman team that is closest to where their investigation will be.

Every member is assigned a role, and depending on how many people are available for the investigation, they may take on additional roles.

Medina also has his camera on him during all investigations and is the team’s lead photographer as well as the lead paranormal investigator.

The team also carry flashlights, at least three, as most investigations are done at night along with sound amplifying headphones and the standard to any paranormal investigation, an EVP, or Electronic voice phenomenon recorder.

The most technological and arguably the most interesting piece of ghost hunting equipment Jason’s team has at their disposal is the Ovilus X. It is “smartphone sized,” according to Medina. Ovilus X is an ITC, Instrumental Transcommunication, device that converts sensed energy into pre-programmed words.

Essentially meaning one can talk to spirits.

After all the audio recordings and pictures, if any, are uploaded and separated into their corresponding folders Medina begins to type out his field report. An extensive log of the night’s activity or lack thereof.

In the beginning, the night seemed optimistic for the Yonkers Ghost Investigators.

The teams first two investigations were at Saint Joseph Cemetery in Yonkers. The team at that point consisted of only Medina and Christina. Their cousin Megan would accompany them the second night.

During their first investigation on Nov. 25, 2006, Medina took a picture of an apparition of a woman wearing a strapless dress. Claudia did not see the apparition. But the fun did not stop there.

On the teams second night Medina saw what he described as, “a mushroom cloud with eyes approached me,” before quickly snapping another picture of an apparition in as many nights. This time both of his cousins saw the apparition along with Medina.

It continued as during the team’s third investigation. This time at Oakland Cemetery in Yonkers.

Medina’s nephew Chris Gonzalez was along for this paranormal ride. They both witnessed what appeared to be several smoky apparitions before Medina captured a photo of yet another apparition.

The team was three for their first three. A captured apparition for each of the first three investigations and two witnesses to the last two.

“It is still the best experience to this day,” marked Medina. But it seemed to have come with a price. “We did not see (expletive) for another year,” claimed Medina as his military dog tags swung from side to side.

The Sherwood House Museum is the second oldest home in Yonkers, next to Philipse Manor Hall, built in 1740 and is where Medina has volunteered at since becoming a member of the Yonkers Historical Society joining in 2014. June 2014 to be exact just two months after his retirement.

Medina’s team have done many paranormal investigations in the house’s barn, caretaker home, and the house itself, but have come up empty. Except for one summer night.

After a fellow member of the Yonkers Historical Society, Betty, passed Medina’s entire team heard singing that “stopped as sudden as it began,” said Medina. No other activity has happened in the house since.

Jason Medina is also an author. Pictures of the three apparitions mentioned earlier can be found in his fourth book “Ghosts and Legends of Yonkers” which hit stands back in 2015

When Medina is not out on an investigation, which his next should be for the first weekend of November when his nephew is staying over his house. Depends on Chris. Or dressing up as Edgar Allen Poe for tours themed to his writing at the Sherwood House Museum during the month of October, Jason can be found diligently researching for his next book.

Interested in Jason Medina the author? Below is a link to a story about horror literature writers from Yonkers including Medina himself:

While many of the stories in “Ghost and Legends of Yonkers” are from Medina’s own encounters, there was one story not of his that stuck out. Sort of like the house on the neighborhood in that story.

“There was always something bizarre happening, whether big or small, the entire time we lived in that house,” recalls Donna Parish-Bischoff. Her words almost drowned out from the patrons of the surprisingly full for a Thursday Everready Diner near her current residence in Hyde Park, New York where she moved to 13 years ago.

The house in question Donna was referring to is one located in none other than Yonkers. On Lee Avenue to be precise.

Donna has written a book detailing her and her family’s experiences called “The Lee Avenue Haunting” which released in 2012. Donna’s family moved to the house on Lee Avenue shortly after she turned six years old. This is where she and her family would call home for the next six years from 1974 to 1979.

She came from a five-person household. Donna was the youngest of three children with a brother named Larry. That family dynamic may seem minor if it did not play a larger role with the house.

These are only mere coincidences and do not contribute to the real haunted house reputation of the house on Lee Avenue, but these experiences are anything but coincidental.

During the 1940s the Valeria family would go on to purchase the home on Lee Avenue after two decades of abandonment. It could have been purchased earlier if carpenters did not “argue and blame one another for stealing each other’s tools that would disappear than turn up in different locations by themselves,” according to the book. Or the bickering and arguing of potential homebuyers.

Sabrina Valeria the wife, and mother of the family had an incurable blood disorder that had made her very ill and in need of as much bedrest as possible. The still young Sabrina would go on to commit suicide and leave a note for her family that read:

“My darling family I love you but I am in too much pain. Forgive me.”

While there are many detailed encounters of what happened to Donna and her family throughout the book, the chapter titled “Disembodied Boots” was one of the more intriguing ones.

One early Saturday afternoon during summer vacation after having some tea and toast for breakfast, Donna nagged Margie enough until she was able to wait on the porch until 9 a.m. to go hang out with her friends. As Donna listened to Muskrat Love on her red, with a black plastic handle, Radio Shack AM/FM transistor radio she began to hear “heavy-footed heels” walking behind her.

Upon turning around to see whose footsteps those were she saw two black boots. And nothing else. Donna dropped and broke her radio in panic before banging and ringing the doorbell.

The “long, black leather, farm type, kind of old-fashioned boots,” as described by Donna in her book was the first time any haunting had occurred outside the home as all the other incidents happened directly in the house.

Donna’s experiences as a child have molded her into the women that she is today. Her dream is to open her own tea/coffee shop called “Witchaus.” Witchaus is also the name of her Etsy page where she makes her own witch inspired crafts that she hopes to have in her dream shop. The name is also on the license plate of her black Honda Civic.

Her pentagram necklace, ouija planchette earrings, black eyeliner, and pixie cut with purple coloring in the front show a woman that have embraced the supernatural head on, but this all happened for a reason.

Margie was a devout Catholic and believed her constant prayers and splashes of holy water would make the hauntings stop but did the exact opposite. It would aggravate the spirits that inhabited the home. House temperature would drop drastically and there would be a somber mood for a couple of days in the house.

“My mother, rest her soul, had pure intentions but she was actually adding gasoline to the fire,” explained Donna.

After being suggested by Donna’s grandmother to have a priest bless the house, Margie walked to the closest church which was St. Paul and talked about her situation with the then parish priest Father Gallagher. Margie got the response she was not quite looking for.

“I refuse to come to your house and instead of a priest, I suggest you see a psychologist!” uttered Father Gallegher, according to the book.

“I wanted to help people since the Catholic Church denied us. What use to frighten me has now enlightened me,” said Donna.

Today, Donna Parish-Bischoff is happily married to her husband John. They have recently purchased a home on the borderline of Poughkeepsie and Hyde Park for them and their nine animals, eight cats, and a dog. Does not appear that this house is haunted, however

Donna has also written another book titled “Growing Up Paranormal” with a third book in the works with the hopes of being completed by next summer. She is also hoping to turn “The Lee Avenue Haunting” into a documentary.

“I do not have to be in it. They can get someone like Angelina Jolie to play me. Nothing too crazy,” Donna said as she chuckled her way through that sentence.

When asked if the normal and paranormal can coexist she stated that “People should and already have for the most part believe in the supernatural. We can coexist with the paranormal.”

When the same question was posed to Jason Medina he just smiled and said with a confident tone “Hell yeah.”