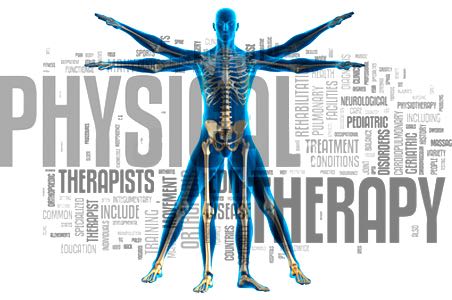 Movement is a vital function for virtually every species on Earth. For some, movement is the difference between life and death.

For most people, movement is an action that comes without much difficulty or thought; sitting up in a chair, reaching for a cup of coffee, going for a jog, or lifting weights.

Movement matters, and most take it for granted. But what happens when movement becomes a task? When what used to be simply standing up out of your kitchen chair now becomes a burden. Most people aren’t prepared for this reality, and it is often the result of a traumatic injury or surgery.

When the reality of what used to be a mundane task becomes one that requires significant time and attention, and one that is a primary function of life, where do people turn?

“it really is our background of what we do. Our goal is to try and improve the human experience.”

Hyland, a leader in his field, attended physical therapy school when the entry level degree was still at the undergraduate level. Yet times have changed.

He received his Bachelor’s from Ithaca College, his Master’s Degree in Public Administration from Pace University, and his Ph.D from Seton Hall.”

Hyland believes that people’s awareness of the field only becomes apparent when someone is in imminent need of a therapist, and creates a varied set of falsehoods about what it is that a physical therapist actually does, and what they might do for them.

He adds that there are many myths and misconceptions about the field.

First, is it going to hurt?  it doesn’t have to hurt, as there are certain things that are possibly for the patients’ benefit that might cause them some short term discomfort for long term gain, but that is not necessarily the norm and an excellent physical therapist is going to have that conversation with the patient and explain to them what is being done and why it’s being done so that there are no surprises.”

Although pain might be unavoidable, an open dialogue and full transparency between the patient and the physical therapist is crucial to not only alleviating peoples fears, but also creating a belief among the public that they shouldn’t fear physical therapy and any discomfort that might come with the process of rehabilitation.

Hyland believes people need to know that a physical therapist’s role is to ensure that the patients they see don’t have to continue to keep coming back, and that any discomfort they feel is to establish real effective change in the patient, rather than masking any issues.

“We are really here to partner with them in their own life to teach them how they could sustain that over long periods of time so we don’t become a short term intervention but rather a long term solution where you see a physical therapist for a period of time and then your armed with the tools and skill necessary for you to take care of yourself so that you don’t need the physical therapist.”

For Hyland , the ultimate success is that his patients lives are enriched to the point where their patients don’t need too come back and that they can live a fulfilling life on their own, ” You have the ability to impact people’s lives everyday and to reiterate what a physical therapist does. It is really transforming society by optimizing movement to improve the human experience and that’s what I tell our students all the time: it’s the vision of of our profession, and that’s a very powerful amazing event that we get to do with our patients – make them better in their lives.”

And when a physical therapist does make their patients lives better, the pride and support is in-measurable says,  Hyland. He recently received an email from a former patient. She had recently started a kickboxing class and had irritated her back.
“The first thing she thought of was to reach out to me, she knows how I have impacted her life to a point where she hasn’t needed to see me for a couple years, which is great.”

For a patient who has needed extensive physical therapy, the quest to regain full mobility without anxiety of re-injury can be a long and arduous process. Along the way, more activity is integral and most patients will try new things such as Hyland’s patient, who attempted kickboxing. The risk is always in aggravating the body. Now he teaches clients to help treat themselves so they can receive help even when he is not around.

“The ability to change people lives that way is amazing, and she knows I am the person who can help her as the first line of defense, which is great,” said Hyland.

However, for Hyland, his recent treating of his patient is an example of a more optimal outcome for a patient experiencing pain that is only marginal and can be easily remedied. And that for most people will have to jump through many barriers before they ever see him, and by the time they do, their ailments have only become worse. “The first line of defense is typically imaging, and then sometimes medications as serious as an opioid, which is an enormous epidemic in our country right now and then by the time,  she would ultimately get to see me three or four weeks later. Now we take acute pain, something very easily treatable in a conversation that she was able to care for herself and now its going to be exacerbated and its going to become more of a chronic situation that’s much more difficult to deal with.”

Had she had gone the route of visiting her physician, it would have also been much more costly, according to Hyland, “If she had gone route of the traditional medical model it could have been between $5,000 and $8,000 by the time the imaging was done, the prescriptions were filled, the physicians visit, then sees the physical therapist in a more chronic state, so that can be frustrating to break that paradigm and educating the public so that they can see us without having to go that route.”

Perhaps the key to solving all those problems is Physical Therapy Awareness Month.

For Hyland, it is beneficial for the field to have a month of awareness dedicated to it, but it should go further if conditions are to change. “I like to think that physical therapy is 12 months a year, but October is Physical Therapy Month and I think it is really an opportunity for us to, as a profession, educate and show the public ways we can positively impact their lives.”

“The Center for Disease Control (CDC) has come out with a very powerful statement about the importance of physical therapy in movement as a healthy alternative to the prescription of type 2 medications, the opioids. We spend $79 billion annually on opioids in this country, and its created a tremendous epidemic.”

For Hyland, physical therapy awareness month is a chance to educate away from that, “were a very healthy alternative to that and its more so of an educational standpoint of teaching you how to move, what you could do, how you could take control,  and not be reliant on a pill that is going to impact your body and mask a symptom when you could eliminate the symptom.”

Physical Therapy Month is also a chance to share that message with students, to instill the message that they are not simply treating an affliction, but treating a person, a message that Hyland always makes sure his students take to heart. ” I try to instill on all my students is that we treat human beings, and people matter. We don’t treat diseases. We don’t treat pathology, we don’t treat specific diagnoses, we treat human beings and from there you cascade into figuring out what’s wrong with them and what the appropriate treatment or intervention is.”

Physical therapy is unique among many forms of medicine in the field that the bond that successful relationships create is one of person to person. Physical therapy is an intensely personal and difficult journey, forcing people at their weakest points to build themselves back to performing what would be just basic tasks.

It is not just treating someone, such as me, with a hypothetical shoulder problem, it is treating Michael who has a shoulder problem. This is the most important aspect of the field, trust and the relationship that comes with it.

“The connectivity between the therapist and the patient, respect and trust.  If your trusting me than I have the ability to greatly impact your life, once we have that trusting relationship I think the most powerful thing that we can do is educate people, teach them,” said Hyland.

“I had the privilege of being elected by my peers as Vice President over our association. It’s a three year term and it’s something that I am very passionate about and care very deeply for. I love our profession and the opportunity to be a steward and advancing the profession forward is something I care deeply about, It has afforded me the opportunity to get a lot of platforms to really get out message heard and advance our profession so its been fantastic.”