First Year Mercy Professor has Been Through it All 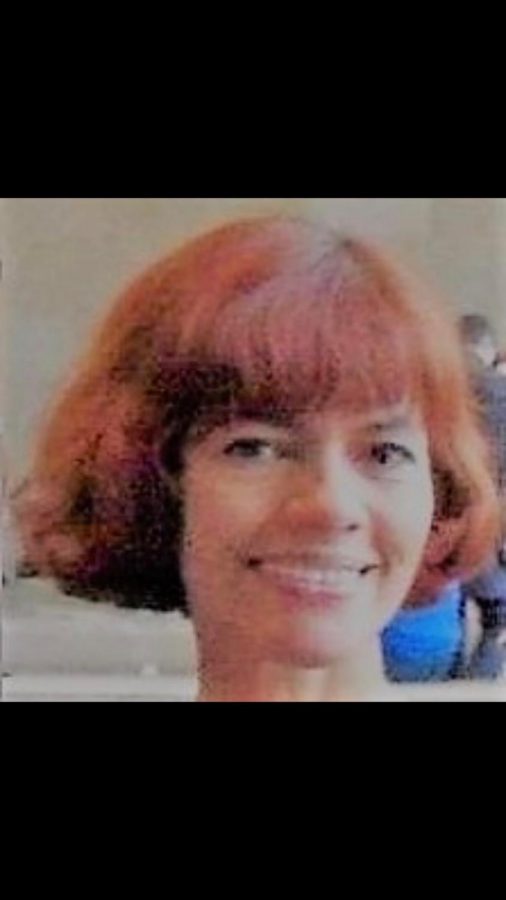 Growing up Bogotá, Colombia wasn’t easy for first year Mercy College Spanish professor Sofia Villarreal-Castaneda. It was a city that was having many political issues and wasn’t a safe area to live. She knew that she needed to leave to create a better life for herself. She did everything she could to try to leave as soon as possible.

“The area I grew up in wasn’t a safe area to live and I didn’t like a lot of the politics that were going on there so I knew I wanted to leave.”

Sofia studied Spanish and English Literature as well as Medieval Philosophy and went on to get her Ph.D from Princeton University in 2009. Even after getting her Ph.D, trying to hold a job was still very difficult for her. Although she taught at Princeton, she did not receive her tenure which meant that she was not guaranteed a permanent position at the university.

“It was very difficult because since I did not receive my tenure it meant that I was not given a full-time position and I had to look for other work.”

Fortunately Sofia has an H-1B Visa which allowed her to get a job as long as she received a sponsor. Sofia received the sponsor she was looking for from South Dakota State University which gave her permission to work at a university in South Dakota.

“I was a very lucky girl because South Dakota gave me the opportunity to become a permanent professor at South Dakota State.”

After applying for her green card to become a permanent professor at the college the office of labor denied her the ability to access a Green Card. It appeared as though Sofia was just about settle down and get a full-time job but instead just the opposite happened. She had lost everything.

“I was about to travel to Spain, and Germany because they support my professional development and I was participating in different conferences around the country and around the world, but then I lost everything.”

Although it was a very difficult situation for Sofia, her husband was offered a full-time job as a professor at Graceland University in Iowa. Her and her husband lived in Iowa for two years.

Unfortunately, after her husband finished his H-1B Visa, he was not offered a Green Card by the University, which meant that once again they would be on the move. Sofia and her husband decided on moving to Argentina.

Once Sofia and her husband moved to Argentina, she was offered a full-time position at the University of Belgrano as part of the International program. While working in the Department of Argentinian and Latin American Studies, she worked with students who came from all around the world. She had students that came from Japan, China, Australia, France, and the United States.

“It was so great because I had a diverse number of students in every class and it was a beautiful experience.”

She also taught classes on woman and gender studies in Argentina and was invited to different schools to work with different professors in the psychology field.

Sofia and her husband decided that they were going to move to New York because they both felt that it was the safest place for them move and also a place that has a very stable government.

In 2017, when they were coming to New York, it was during a very difficult time in the country because it was during period when many immigrants where having difficulty making their way back into the United States.

“I remember a month before leaving Argentina to come to the U.S., there were a lot of people including students who were being turned away from coming to this country and wasn’t sure if we were also going to be turned away.”

Sofia and her husband did make it into the United States. When she arrived to New York in March of 2017, all she had was money that her and husband had saved from when they worked in Argentina, and money that was in their savings account. They came to New York not knowing anyone and not having any familiarity with the city.
After applying to jobs for three months, Sofia got her first job at Berlitz NYC, a language learning center where students of all ages can learn and study foreign languages.

While she was working at Berlitz, she also applied to Colombia University for a scholarship in the institution of Women’s Studies because of her history of teaching women’s studies in Argentina.

“I thought it was a good opportunity for me to apply for this scholarship at Colombia University, but I did not get accepted for the scholarship.”

Even though she didn’t receive the scholarship from Colombia, she applied to part-time positions at various other schools because the full-time positions at the universities in New York City schools were all filled.

“If I want to live in New York, which is where I want to live, it is the only for me as a professor to get a job, being an adjunct.”

She got a job as a Spanish professor at Nassau Community College where she taught for one year.

Being a Spanish professor, Sofia doesn’t want to just teach so students can get good grades, or because its class that’s required. For her it is much more than that. She wants students to truly learn the language in a way that they can apply it to the real world and not just learn certain topics, because its a requirement. She feels that by teaching Spanish she can have an impact on the Latino community, as well as students lives.

“I feel that by teaching Spanish or any language it can provide students great opportunities in life like becoming an interpreter or a translator.”