Mercy College holds workshop to discuss the importance of gender inclusion and diversity. 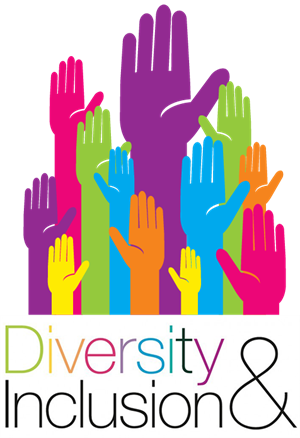 It’s a topic that gets discussed fairly often — diversity and gender inclusion. This comes in many different areas of life whether that’s in the workforce, in school or any type of public setting.

Despite the frequent conversations about how become a more diverse community, it’s not just about talking about it. It’s about taking action and making things happen.

Mercy College’s student life held a Diversity Lunch and Learn workshop about gender equity and inclusion at the Manhattan campus on March 19.

The workshop was held by Louis Cameron III and primarily focused on ways to help society become more diverse and excepting of people who come from all different backgrounds. These can include race, gender, socioeconomic status, people with disabilities, and many other factors.

As part of the workshop, the first issue that had to be deciphered is the difference between equity and equality.

“Many people think that they both mean the same thing, when in fact they are very different,” says Louis.

“Equality involves everyone the same opportunities while equity is geared towards being fair by looking at that people need versus what they don’t need. I think that a lot of times we often focus on looking for equality when we also need to focus on equity to make sure that everyone is getting fair-play.”

Besides equity and equality, the workshop also focused on labels and how its important to not put one specific label on a person.

For people who have disabilities, they can sometimes be put in a position where they are labeled as disabled person.

As well as labels, another focal point of the workshop was identifying what the difference is between gender and sexuality and how people who are transgender are often seen in the world.

New York City has the highest transgender population in the United States, estimated at about 50,000 in 2018.

Despite the high population of transgenders, it is very easy for society to exclude them because they identify as someone that may fall under a different characteristic.

Students at the workshop talked about issues that happen on a daily basis that may cause people that identify as transgender to feel excluded in the world.

Louis discussed one of the most common difficulties that transgender people face is using public bathrooms.

Back in 2016 in North Carolina there was a bill that was passed known as HB2 to provide for singe-sex multiple occupancy bathroom and changing facilities in public agencies and schools. This is something caused an uproar in the LGBT community because they felt it was infringing on their rights to gender identity. This bill was eventually repealed in 2017 after receiving a large amount of backlash for putting this bill in place to begin with.

The diversity and gender inclusion workshop also showed videos that gave the perspective of transgenders to show how it was like for them growing up.

Actress Laverne Cox, who is a transgender woman, discussed how growing up in Alabama she was constantly bullied for being transgender and was on the verge of committing suicide.

Cox is now seen for being a trailblazer in the LGBT community and has won numerous awards for her activist approach in spreading awareness and because of her platform has led to a growing conversation about transgender culture.

Many people who are transgender are also victims of hate crimes because how they identify themselves.
This workshop discussed ways that as a society we could try to help combat the bullying that it is directed towards transgenders.

Discussing ways that Mercy could be more involved in the transgender and LGBT community, Louis says that one way is to have students learn more about these issues in the college curriculum.

“I think that adding courses that involve learning about issues such as the LGBT community to help students get their perspective of what its like to be in their shoes would be a great thing to have here at Mercy.”

Various colleges offer gender inclusion centers on their campuses which are designed to be a safe space for people who are transgender where they can get together and convene.

One club which is on Mercy College’s Dobbs Ferry campus is the GLOWUP club which stands for Gay, Lesbian, Or Whatever U Prefer is a way for those students to have a safe place where they can connect with each other and express themselves and create friendships with one another to know that they aren’t alone with what they are going through.

While this workshop focused on diversity and gender inclusion, the Mercy College Manhattan campus will continue to have workshops in similar fashion moving forward.

On  April 16, the next lunch and learn workshop will focus on people struggling with food insecurity.