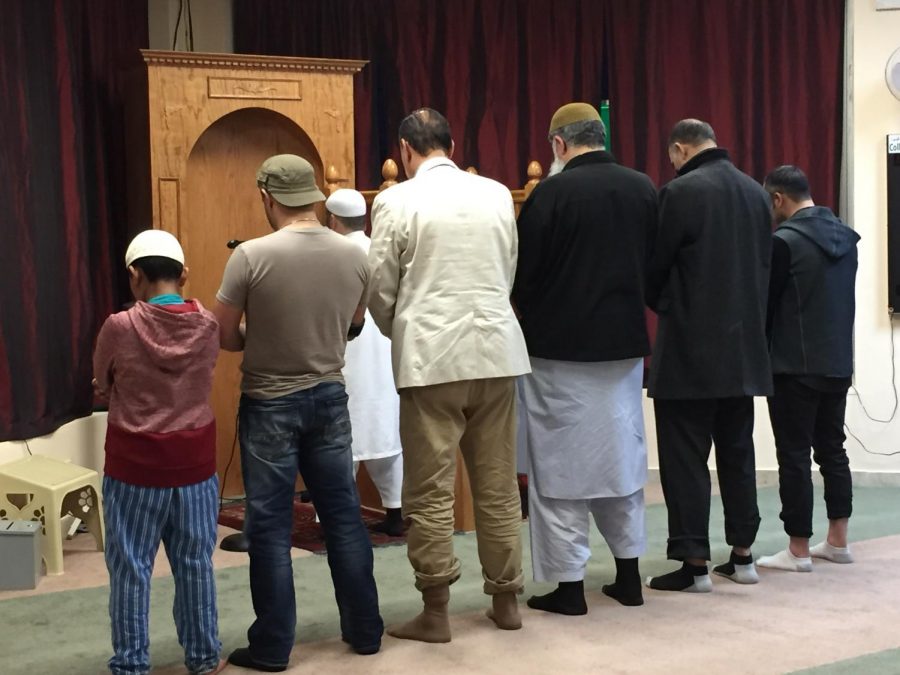 A mosque is meant to be a peaceful place in which everyone joins together to worship  and communicate with God. Yet, on March 15, two mosques in Christchurch, New Zealand became a horrific crime scene.

Hundreds of Muslims attended the Al Noor Mosque when a shooter entered and open fire, killing and injuring many people before driving away to another mosque. He continued his attack at Linwood Islamic Centre, where he shot several people around the area.

And local New Yorkers and Mercy College Muslim students  were affected by this tragedy, and shared their feelings of confusion, anger and grief with The Impact.

The gunman who took the lives of the innocent individuals, was a 28 year-old white supremacist named Brendon Tarrant. He stormed in wearing military style clothing and was armed with five different weapons. In his guns, there were many symbols such as the black sun and the names of past shooters.

The day of the shooting was a Friday which is widely known to be a very sacred day for Muslims. In the first mosque alone, 300 to 500 Muslims were in attendance. Many individuals took cover behind parked cars while others approached on-going car passengers to help them flee the scene. Four victims passed away in the ambulance on their way to the hospital. It was concluded that 42 people were killed in the first mosque, seven in the second mosque and one in the hospital.

“It made me sad. You are going to a house of peace which can be a temple, a mosque, a synagogue or a church and you do something horrific like that while people are praying to the Lord for help and necessities,” said Inayat Rouzyi, who established a mosque called Islamic Center of College Point in Queens, where 40 to 50 people come to pray daily.

The horrific events in New Zealand left some people worried of what might occur in their own house of worship.

“People were scared to go to mosque after the news of the shooting,” said Nader Ahmed, a 22 year old student who found out about the attacks through friends in a group chat.

A vigil was held in his school for the people that died in the shooting as well as a prayer in his nearby mosque. A prayer was also held in Rouzyi’s mosque, not only for the victims, but for the gunman as well.

Destruction and sadness wasn’t the only thing Tarrant left behind. The gunman sent a 74-page manifesto to the prime minister’s office and other media outlets right before the attack. Tarrant also posted on his Twitter account, which has now been deleted, images of machine gun magazines and a link to his manifesto. The manifesto talks about his hate towards immigrants, his ideology of white supremacist and his belief that all non-Europeans should be removed from Europe.

He also live-streamed the first attack on Facebook Live using a helmet cam, which was widely spread throughout other social media networks. The 17-minute video was quickly removed, after police contacted the newtworks about the seriousness of the situation. It was announced that anyone who holds possession of the video and shares it online will be arrested immediately. Two people have already been taken to jail thus far for sharing the video.

“You have to be a demonic person to go in and record something like that and feel proud of it,” Rouzyi said in regards to the gunman recording the killings.

As of March 28, Facebook and Instagram announced that they will be banning any context that relates to white nationalism in the awake of the New Zealand shooting. Some support that decision while some surprisingly do not.

“Just because I disagree with them doesn’t mean they should be denied their freedom of speech,” said Ahmed in regard to Facebook and Instagram recent decision.

New Zealand declared that it was on lockdown during the hunt for the gunman after he escaped the traumatic crime scene. He had plans to continuing on with his rampage, that was until he was later arrested by two community police officers.

With the mass shooting occurrence, some individuals believe that the amount of security should be increased to prevent future attacks. While others believe there shouldn’t be a reason to have security in a mosque because it will create concern and anxiety.

“A mosque is not a place to worry. It’s a place to feel safe and comfort,” shared Zaynab Mossolem, who is a student at Mercy College and a faithful member of The Islamic Center of Melville for eight years

Tarrant, who owned a firearm license, was legally stockpiling weapons as of 2017. As a result of that, people who own certain firearms will no longer be able to have any possession of them even with a license. Police stations are now being used for gun owners to drop off their guns.

The New Zealand’s Prime Minister Jacinda Ardern made a publicized announcement about the decision to ban the weapons.

“Every semi-automatic weapon used in the terror attack on Friday will be banned. This legislation will be drafted and introduced in urgency,” Ardern said, adding that she hopes the law gets passed by April 11th.

Ahmed, just like Rouzyi and Mosselom, believe that guns should not be banned but controlled.

“They should screen gun buyer’s mental health before selling them anything,” Ahmed said.

In social media, some people expressed some disagreements on labeling Tarrant as a gunman or a mass shooter instead of a terrorist. Terrorist usually associates with someone who portrays Muslim qualities and characteristics such as a long beard and a turban on their head.

“Terrorism is a very nasty word. You can not be a Muslim and a terrorist. It’s totally against the teachings of Islam, this is what we remind ourselves through our prayers,” Rouzyi shared.

In order to change the idea of Muslims associating with terrorist, Rouzyi explained that we should not label someone according to their religion or skin color but instead call them out based on the actions they took.

“We need to start changing the perception of Muslims, stop labeling Muslims as terrorist. You can’t generalize one’s actions to a group of people,” Mossolem added.

As for the amount of coverage on social media and news outlets, Ahmed said “It plays a certain group as a victim that is always portrayed as the bad guys.”

For Rouzyi, it’s the way it is written and spoken in the media that gives people false truth on the identity of Muslims. Many news coverage don’t express the true meaning of being a Muslim, which could have lead Tarrant and many other people into misguided knowledge.

“If this shooter was conducted by a Muslim, it would have had a lot of details and coverage. Sometimes when people do things like this they are filled with the wrong information with hatred and lies,” Rouzyi explained.

These students feel Muslims have had a bad reputation because of the misrepresentation of them in the media and in movies. In many causes Muslims have been treated differently because of this. In one occurrence, Mossolem was riding the train when a child next to her asked his mother ‘why is she wearing that,’ in which his mother replied with ‘don’t look at people like that’ and then proceed to move herself and the child a few seats away from Mossolem.

“As a Muslim, you feel that you need to be silenced. You try not to bring attention to yourself and learn not to acknowledge what people say about your religion,” Mossolem said about the incident.

Mossolem wasn’t the only one that felt a sense of discrimination. Ahmed and his mother were looking for a new apartment to rent when he claims they were turned down based on their race. Ahmed’s mother was waiting in the car while Ahmed, who doesn’t quite have the distinctive characteristics of a Muslim, was having a conversation with the owner. The owner was enthusiastic and engaged in the conversation and seemed to be willing to give the place to them. That was until he saw his mother who was wearing a hijab.

“He changed his attitude and said that he already found someone else to give the place to,” Ahmed commented.

Rouzyi has never had any threat toward him or his mosque and was instead embraced with open arms in the small community filled with many churches around the area.

“When I first started this mosque people around me thought it was going to be harmful to myself and I said this is the house of God, it’s going to be a peaceful place. But when I created it everyone was very supportive,” Rouzyi shared.

A priest from one of the nearby churches came to his mosque on Ramadan to introduce himself and to watch how they worshipped and did their prayers.

“He loved it. He wanted to know what Islam was like and was very curious about it,” Rouzyi said, who also paid a visit to the priest’s church in return.

Muslims are taught the same ethics as everyone else: to be truthful, to respect parents and neighbors, not to kill and to seek knowledge but that’s not what is introduced and portrayed in the news.

“This is stuff that every religion teaches but we teach this point more, to educate society. We teach peace in our mosque, not hatred. Our purpose is to serve humanity,” shared Rouzyi.

A few days after the shooting, females in New Zealand began wearing a headscarf to show their support for the Muslim community.

“ It was a good feeling when I saw the women do that. Saying those people are us and we are them, it’s a sign of unity,” Rouzyi commented.

Mossolem, Ahmed and Rouzyi agree that the way to prevent future attacks like this one is to educate people in the different religions and to get to know a person of that religion to get a better perception of who they really are.

Rouzyi concluded, “Open every religion’s book and read what every religion teaches. We need to fix that corruption in society, we need to stop the negative teaching of any religion.”