Expert Warns That Suicide Is A Silent Enemy

Who could imagine that your ride home would be to the place where you remember your dead family member best? Or waiting for that ride would give you feelings to attempt against your life?

Thousands of new Yorkers take the subway daily. People who commute everyday can’t imagine what the person who is next to them is thinking or planning to do with their lives or someone’s life.

However, the subway platforms have been one of the most active spots to commit suicide or homicides. It is easy for affected individuals to take their life and get a relief from everything that is torturing them. But what happens with the ones that are left behind? What will happen with their family members after those individuals commit a suicide?

The department of Social and Behavioral science had the honor to invite Dr. Silvia Giliotti, a therapist who works for the Office of Mental Health Suicide Prevention, which was established with the mission and the hope to decrease suicide deaths and attempts in New York States. In this role, Giliotti provides education and training in suicide prevention, intervention, and postvention to mental health providers as well as community organizations. 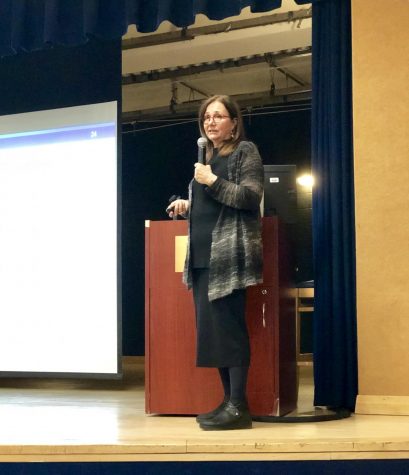 Well suicide is the tenth leading cause of death in the U.S. and the second leading cause of death for youths age 15-24. According to national statistics, one person dies every 11 minutes due to suicide. It is difficult to diagnose or understand suicidal patients. It is true that most of these patients are going through difficult times such as guilt and blame, shock and horror for past situations, financial problems, drugs, mental health problems, anxiety, schizophrenia, personality identities (bi-polar) and more. There are a lot of reasons that are unpredictable to know and understand.

And unfortunately, suicide is not that easy to predict but there are some ways to announce that an individual is thinking to attempt against their life. Nowadays, specialists are creating more ways to get to those patients on time and be able to prevent as many suicides as possible. Therapy usually is not the best option for suicidal clients, she says. These are some steps that therapists are taking; Population prevention and public health try to reach as many patients as possible and have the appropriate trained professionals to help these cases. Much of the time there is not enough knowledge about the treatment for suicide and due to these reasons, regular therapy doesn’t work in these cases. However, in some cases is inevitable and when suicide happens, family members are affected but also the professionals become affected. Sometimes these professionals feel that they failed on their patients and end up changing careers. 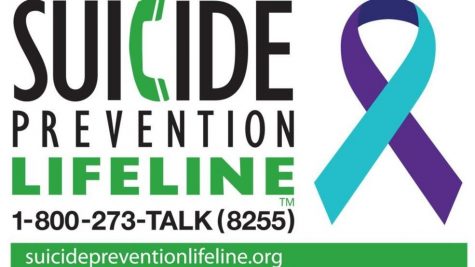 Being able to screen not only patients with suicide signs but to offer these screenings to schools since, youth people are the most affected ones. Gigliotti believes that many of the school shooters were victims of these mental health problems. If the schools implemented these screenings regularly, authorities such as social workers or counselors from these schools could help prevent these attempts and identify kids with risk of suicide. Also, screenings are a good way to identify if the survivor from a suicide or the family members of the victim are thinking about suicide too.
Giliotti shared with the audience a case from family members who lost their father by suicide. He decided to take his life away by jumping in the subway rails. He left behind his daughter, son and wife. Even though the whole family was affected, the kids were the ones thinking about it every day when they had to take the subway. The girl feels anxious every time there is a delay in the subway routes. She cannot help thinking the day her dad committed suicide every time a delay happens. She starts thinking what if it is my mom, or brother? Or just someone else? The day her dad decided to commit suicide she was on her way home, and suddenly the subway announced that there was a major delay due to an accident, but she never though that accident was related with her and that after hours of waiting, she found out the victim was her dad. 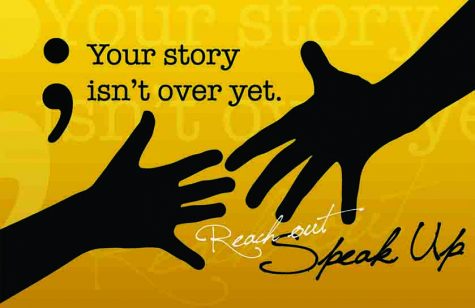 The son however has some suicide thoughts every time he is waiting for a subway. He starts thinking that if his dad did it, it might be the best option. Every time he is there, he automatically starts thinking about it and makes him feel sad. Those siblings also shared that they did not talk about these thoughts with the mother and prefer to keep it to them.
For these cases and many more, a therapist becomes a life saver. Those affected family members can’t understand how or why the victim did it. the therapist job is to prevent suicide thoughts more than making them understand the reasons of the victim’s suicide.
Many of these therapists have the desire to help because they have gone to similar cases or understand the pain of the suicidal patients and the families that suffer a loss because of a suicidal case.

Giliotti haven’t had any personal experiences related to suicide; however, she understands the pain of losing a loved one. She lost her cousin and best friends due to a car accident and part of his family by her dad’s side were killed in northern Italy. She prefers to work with families and help them all as a group, although she does have some individual cases too.
Nationwide, authorities and institutions are trying to increment the necessary help for suicide cases. As it is the case of Columbia University, who auspices The Columbia Lighthouse Project, their mission is to light the way to ending suicide. According to their website, “Our message, like the Columbia Protocol itself, is simple: “Just Ask. You Can Save a Life.”

They are aiming to expand the Columbia Protocol into a broader suicide prevention program. They’ll help you get the exact protocol according to age group and language preference, provide training on how to use the protocol, answer questions about it, spread it around your group or organizations, help dispel misconceptions about suicide, and direct you to resources for suicide prevention.
If authorities and institutions recognize how high are the risks of suicide, community should ask or refer their family member, friends or anyone who needs to understand that suicide is not an option. There are a lot of help provided nationwide and even though many insurances are not as helpful as they should be when covering these psychological therapists, there are many organizations that are promoting suicide prevention in every possible way.
“Identify risk. Prevent suicide. Together, we can make a difference.”