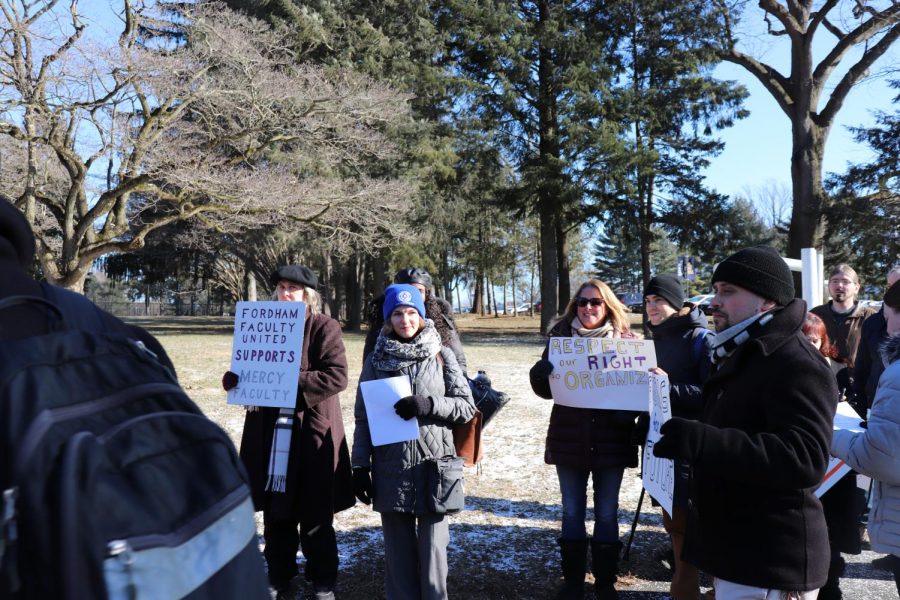 Mercy’s adjunct professors have voted to join a union following the recent referendum, which saw a unsocial estimate of 400 to 100 margin of victory.

A message to faculty by President Timothy Hall stated 540 votes were cast of a possible 853.

With the initial effort beginning almost four months to the day of the end of the election, the adjunct professors and Mercy officials have been in discussions regarding the part-time professors’ ability to unionize. Citing a lack of pay and other benefits, the adjuncts sought to come together in hopes to secure more control and leverage over their employer.

However, with the school citing 117 adjuncts left unaccounted in the voting, it pushed back the vote to the May 14, where the results were announced, said MercyFacultyForward representative, Katherine Flaherty.

“This feels amazing, I was always confident in a way. But to have it by this margin, it just shows the support for us and how necessary it is for the adjuncts.”

While plans of this potential union date back to August, it wasn’t until Jan. 31, when a group of adjunct professors, along with fellow employees from Fordham University, marched to Verrazano Hall to deliver a letter declaring their intentions to unionize, did these plans go public.

While there was a lack of notable moments following the march to the President’s office, MercyFacultyForward, the group in which the adjuncts have been going under, did eventually gain a chance to decide their future.

In a video announcement from President Tim Hall on Apr. 11, he announced that starting on Apr. 17, a ballot would go out for adjuncts to vote on their union’s futures.

Despite giving them this choice, Hall expressed his concern of a potential union with the Service Employees International Union (SEIU,) citing that a third party was not the most effective way for part-time professors to earn better conditions, claiming that instead, a direct path from the two original parties would suit everyone better.

In this announcement, Hall also announced how the lowest-paid adjuncts, who are making around $2,200, would see an $800 raise, with similar raises to other professors. Citing that consistent change has occurred since his arrival to Dobbs Ferry, he asked for the time to sort this out, rather than taking action with a union.

Even though the green light was given for adjuncts to vote, this didn’t come without Mercy hiring Bond, Schoeneck, and King, a law firm the adjuncts claimed were notorious for its history with union busting.

“Every time a monkey wrench came our way, it strengthened us. I’m excited about our next steps and to see what we can change.”

The ballot counting began at 10 a.m. at the National Labor Relations Board in Lower Manhattan. By 4 p.m., the results were confirmed by Flaherty.

She plans to remain heavily engaged with the union plans for the foreseeable future.

“I will definitely be involved with the upcoming process of whatever comes our way.”

Mercy College has yet to release an official statement.

The Impact will continue to cover any news within this story.