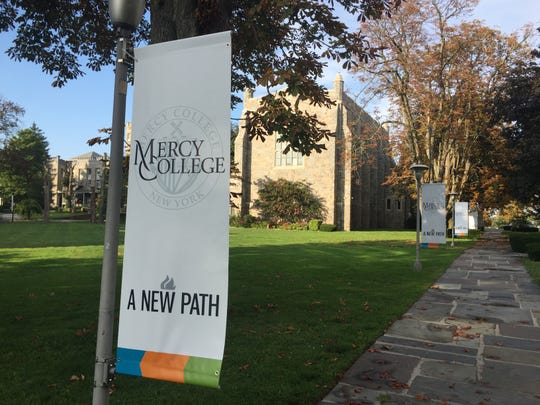 Mercy College has welcomed around 1,800 new students and following the College of New Rochelle’s closure, according to Kevin Joyce, the Vice President of Student Affairs.

Joyce clarified that while only 1,500 came from CNR, the addition 300 was a mere consequence of the expanded course catalog to students.

“In taking in the College of New Rochelle, we expanded our course offerings, which led to new students who wouldn’t have joined if not for this deal.”

Despite the number coming below the estimate from administrators in the previous spring semester of 3,000, Joyce claims that this was where they were hoping to be.

Also, Mercy has also seen a “significant” increase in staff and faculty from a quantitative and value perspective, according to Joyce. While he was not able to give an exact number at the moment, a newsletter from Mercy in August cites 70 new faculty and staff hired.

“Every staff and faculty are notable. There were some prestigious members and we’re proud to have them at Mercy.”

These new bulk of students, staff, and faculty come off the ground of a deal that saw Mercy College absorb the rest of the College of New Rochelle, following years of money mismanagement, dating back to 2016.

Keith Borge, 63, was recently sentenced to three years in federal prison and a $25,000 fine. The former controller was charged with being responsible for the school sinking into massive debt by failing to pay $20 million in state and federal payroll taxes.

By the time all the information came into fruition, they discovered that CNR was $31.2 million in debt. Borge failed to properly report accurate information regarding the school’s financial status, which ultimately led to the school’s demise.

Despite efforts to keep the school afloat, the College of New Rochelle eventually came to terms with its situation. In March of this year, Mercy announced that the two schools came to an agreement that would see CNR students can complete their education at Mercy with a smooth transition, while also having Mercy be responsible to maintain the legacy of CNR and its alumni.

To help smoothen the later part of this promise, Mercy has brought in two notable staff members from New Rochelle: William Latimer, the former President of CNR, to become an administrator for Mercy; and Eileen Niedzwiecki, a longtime CNR staff member, who will help to manage CNR Alumni.

In a video statement on Mercy’s YouTube page, Hall and Niedzwiecki spoke further on their intentions to ease this transition for all parties involved.

“CNR alums have found a gracious and welcoming home at Mercy College, and I’m honored to continue working with our graduates,” said Niedzwiecki.

“We hope to not only preserve traditions that are precious to us but create new ways to perpetuate values that have enriched our lives for decades.”

Along with this, Mercy is leasing CNR’s former New Rochelle, Brooklyn, and Harlem campuses for the school year. At the moment, there are no current plans to extend any of these beyond the current timeframe. For the time being, students can still live at the New Rochelle campus.

On Sept. 20, CNR officially filed for bankruptcy. There are also plans in place to auction off the New Rochelle campus in the upcoming months.

Joyce is a firm believer that despite what happened to New Rochelle, this move is the best for everyone going forward.

“Tradition for 115 years. The College of New Rochelle was a prestigious school with so much history and opportunities now behind them. I really believe we can offer the best going forward for those students.”