The Phenomenon of ‘Fat Talk’ 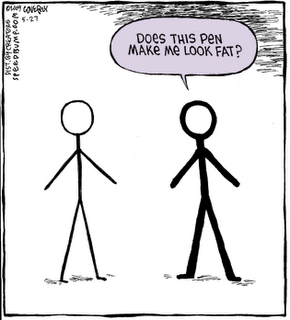 As technology has a big impact on these new generations, so is being “fit,” “skinny,” or “healthy” and many more ways of not being in the what is regarded as proper fitting form.

Many young adults, girls most of the time, fear of gaining weight and being excluded from society for being overweight.

However, they do not understand the concept of being healthy and being sick skinny, a Mercy professor says. Many articles have been written and many doctors are trying to understand and teach about this important topic for future teenagers. 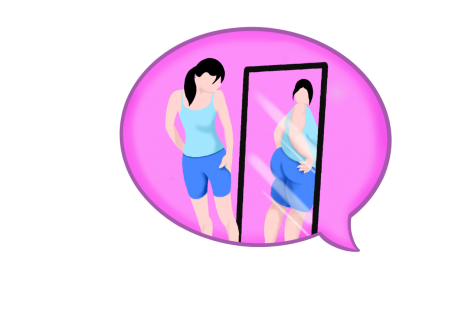 After meals, kids have a sedentary life. They prefer to be seated in front of a computer, TV or any mobile device. They do not burn the calories eaten before, leading to more weight.

Because of this lack of healthy alimentation, advertisements about staying fit and in shape; teenagers talk about “being fat.” This phenomenon called “Fat Talk” is popular around the young girl that likes to say they are “fat” in an attempt to get a negation comment or empathize with their friends.

“About and 80 percent of the female population are related to this phenomenon,” says Dr. Rebecca Lafleur, Associate Professor of Psychology at Mercy College. Dr. Lafleur holds a BA in Psychology and MA and Ph.D. in Social Psychology. Her research interests include sexual harassment, the stigma of feminist identity, and the phenomenon of “Fat Talk” among women.

Women talk on purpose about being “fat” to have a good comment back from their friends like “not you are not,” “you look perfect”  and “Oh my God, I feel the same.” However, if the comment agrees on the “fat” looking, women tend to not like it or dislike their friends for saying the truth.

Young adults, especially women, are obsessed to fit on small sizes of clothes, and they are always comparing themselves with TV models or celebrities.

Lafleur started her research about six years ago for a research method class in psychology, together with her student and now a research assistant, Catherine Baudendistel, chose this topic for their scholarship award because many young women surrounded them. It was something women could relate to it, she said. It inspired them to look at these kinds of topics because most women are always uncomfortable about their physical looks.

According to their research, “Race, feminist identity, and conformity to feminine norms were examined as predictors of Fat Talk in a sample of 83 female undergraduates. Although there were no racial differences in BMI or body dissatisfaction, black women were less likely than white women to engage in Fat Talk. There were no significant differences between feminists and non-feminists on Fat Talk, BMI, or body dissatisfaction, but women who endorsed a more radical feminist ideology exhibited more Fat Talk and had higher levels of body dissatisfaction. Adherence to the norms of thinness and physical attractiveness was positively related to Fat Talk.”

Feminists, strong woman personality and everyone else is all related to this phenomenon. Lafleur says that it doesn’t matter the personality of women; it all depends on the environment they are surrounded by and their cultural beliefs.

Most of these women and girls that are talking about “Fat Talk” are influenced by TV celebrities, social media, and pictures of “perfect bodies.”

However, social media can also help to create grassroots movements, creating new ideas or activisms against negative topics such as Fat Talk.

How do we prevent this phenomenon? There is no way to prevent it because it is not considered as harmful as eating disorders like anorexia or bulimia. Also, it doesn’t base on stages or exact diagnoses. Even though Fat Talk can contribute to those disorders because of body dissatisfaction, there is no proof that Fat Talk can cause it.

The best way to prevent this kind of phenomenon, Lafleur says, is to start when those young girls were little kids. The best education is to start when they are kids; parents can make them understand what “healthy” really means, and that is not always about being “skinny.” It must be a balance between eating habits and physical look.

Also, the best way to explain to girls is letting them know that the most important thing should be to feel comfortable about their body without worrying about the physical look. There are most important details about being a woman than having a “perfect body,” such as being smart. Or focusing on what healthy really means.

Just as Fat Talk is a big phenomenon around most of the girls, it all depends on race and culture beliefs. How kids are raised and the environment they are surrounded too. Not all the races fall for it, because it all depends on how comfortable and confident women feel about their bodies, personalities, and what they can offer.

Lafleur says she will love to keep researching this topic, it becomes important to understand women’s thoughts and to help them overcome these fears.

“Women should not worry about physical look, and if so, they should educate about things such as how bad cholesterol is, sugar and all those things that affect your physical appearance.”