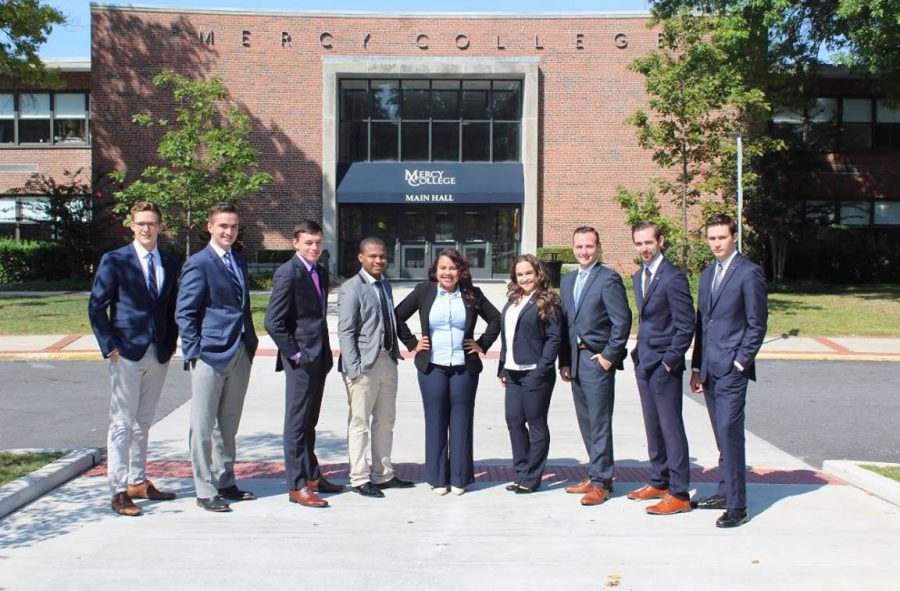 These two slogans were sent out in an email from Student Life encouraging people to run for roles in the Student Government Association last year. Yet students remained puzzled as to why there no election last year for a 2019-2020 SGA academic board.

The Student Government Association is comprised of both an Executive Board, as well as some smaller roles, who would discuss business at every meeting.

One of the duties of the SGA was to handle budgeting requests when it came to the events that clubs and organizations hoped to put on. Representatives from the clubs would be able to go into the SGA meetings and propose their budgets for their events if it were exceeding $50, and work out with the SGA how much they would be allotted.

The SGA is attempting to rebuild its foundation by calling for applications by Oct. 20. An election will be held after applications are received.

Having successful events is known to be one of the ways that clubs and organizations at Mercy College become better known, so it is safe to say that all aspects surrounding the said event, especially budget, should be taken very seriously. However, certain clubs have reported to The Impact that in their opinion, they were not taken seriously during those meetings, and a select few members of the Executive Board did not pay attention or didn’t take anything seriously. The disorganization even deterred some clubs and organizations at Mercy from going to their Student Government for funds, because they felt the process was not going to be taken seriously, says some club leaders.

“I just want everybody to realize it’s not about us. It’s about the welfare and the safety of the student body,” said Christina Phillips, former Parliamentarian for the 2018-2019 academic year, who has plans to run for Vice President for this upcoming election.

Mercy College’s Student Government Association could sometimes be found broadcasting their meetings on Facebook Live, which was a good way for people who were not necessarily involved in Student Government, but still had an interest in knowing what was going on in their school. However, during these live videos, it became evident that not all of the Executive Board were present at all times.

But perhaps the biggest issue that contributed to the small hiatus of the Student Government Association, was the lack of representation.

There will be new positions in place to ensure there is equal representation between the schools, making enough roles for there to be one senator to represent the Schools of Business, Liberal Arts, Health and Natural Sciences, and Social and Behavioral Sciences alike.

There will be new positions in place to ensure there is equal representation between the schools, making enough roles for there to be one senator to represent the Schools of Business, Liberal Arts, Health and Natural Sciences, and Social and Behavioral Sciences alike.

While these roles mostly affect the Dobbs Ferry campus, there will be a new set of positions that will change every campus, according to the email and the Google Form to apply for such positions, which was sent out to each student.

Different from last year, now there will be a Vice President for every campus, including Mercy’s newest addition, New Rochelle. Each of the campuses will get their own vice president, who will hold meetings at their respective campus with two appointed senators for their campus. After their own meetings, they will have to report back to the president of the Student Government Association, and relay what was discussed at said meeting.

There will also now be a club liaison, who will be a form of representation for all of the clubs and deal with matters involving them.

With all these great, new roles, there are still the same ones that can be run for as before, which include president, secretary and treasurer.

“I just want to be more of a voice, perhaps a senator if I join Student Government again, to see what they can do differently than what I did or before me, for that matter,” said Jermaine Cail, former SGA President for the 2018-2019 academic year.

He spoke about being interested in being involved in Student Government once more, due to a desire of representing the student body as well as wanting to see the changes that are brought forth.

Along with all these changes in regards to the positions available, there are also some alterations to the requirements that must be followed.

In previous years, every member of the Student Government Association was required to have a GPA of 2.8 of higher, however this year, senators will only need to maintain a 2.5 GPA, and the Executive Board will only need to hold a 2.75 GPA.

In addition to the GPA requirements, there will be a new rule in place that gives more power to the senators, versus leaving every decision to the Executive Board. In past years, the E-Board would be the ones voting on matters, and the senators wouldn’t get as much of a say. However, in this upcoming term, the fourteen senators will be the ones to call the shots and make the votes and if there is a tie among them, then the decision moves up to the vice presidents.

Applications to run for Student Government for the 2019-2020 academic year will be open until October 20 at 11:59 p.m. If you have any questions or concerns, you can turn to the Office of Student Life, room 118 in Hudson Hall, or send an email to [email protected]