Trump's attempt to rollback rules, laws and regulation that pertain to the environment, 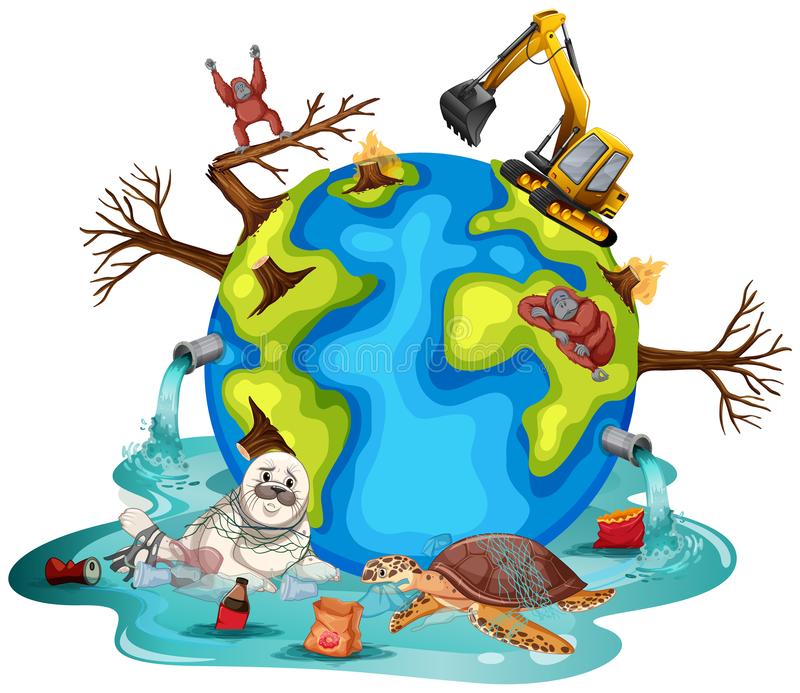 According to NASA’s article, Climate Change: How Do We Know?, the current warming trends result from human activity starting in the mid-20th century. Because of the increasing temperatures, Earth is progressing faster than expected. Such progressions are ice and snow melting causing ocean level to rise, increases UV rays that are being absorbed by the ocean making the water warmer and natural disasters becoming more dangerous and active.

People who believe in science and listen to what scientists are saying have been trying to make people in power to pass laws to help slow the progression of greenhouse gases, especially in April 2010, when BP had an oil spill in the Gulf of Mexico. Since fossil fuels turn into greenhouse gases, which go up into the clouds, it rains and all those chemicals get stuck in the ocean and other water sources, meaning more chemicals means more acidic water, which leads to acid rain.

Presidents and other world figures have set out laws, rules, and regulations to aid in slowing the process of global warming so we can reverse the damage. Some feel that President Donald Trump would rather help fossil fuel companies line their pockets better than saving the environment.

While conservative station believe this to be an opinion or liberal talk to make him look bad, liberals state it is hard to refute facts when he physically signs off on rollbacks.

According to the New York Times article, 85 Environmental Rules Being Rolled Back Under Trump, it did an analysis on the rules and regulations for the environment that Trump rolled back and found that “[every year these] rollbacks could significantly increase greenhouse gas emissions and lead to thousands of extra deaths [due to] poor air quality.”

Also stating that with the help of Republicans in Congress, Trump has made these eliminations a priority.

In the Washington Post article, How Trump is Rolling Back Obama’s Legacy, they list 16 cancellations in the works, 37 rules they have already canceled and 17 they have tried to cancel but failed. Some canceled are wildlife and preservation of land, while there are some that pertain to gases and fuel emissions. The reverse is for Trump and his administration believing “they were ‘inconsistent’ with [his] quest for energy independence.” Some of these rules and regulations that have been rolled back are also affecting paperwork, being that they are doing away with certain permits and check-ups that the companies are running more environmentally friendly.

Other concerns are fracking on public and protected lands, which not only disrupts the wildlife but can cause damage to water in the area making it toxic, for example, Flint, Michigan.

According to the article, “President Trump signed an executive order that he said would streamline the approval process for building infrastructure such as roads, bridges, and offices by eliminating a planning step related to climate change and flood dangers.”

Critics of Trump say he is showing that money is more important than the environment by causing companies to cut corners and not worry about certain rules.

When Dr. Thomas Milton, a professor at Mercy College, was asked for his opinion on this matter, he was very willing to give a response.

“The rollback of environmental rules, laws, and regulations may have a short-term positive effect on some companies (e.g. in the fossil fuel sector), but it will have a negative effect in the long run, and many major corporations are recognizing this as a public concern about the environment is growing. So managers who look ahead and take a longer view will accept limits on their activities and reduce their costs.”

Critics feel that Trump believes that there will be a great turnaround and by making it easier for fossil fuel companies, it will make him more money and more friends. Although, because of the increasing concern for the environment, doing this could have a substantial negative impact on the living conditions of the people.

The Earth Institute, located at Columbia University, states that it “blends research in the physical and social sciences, education and practical solutions to help guide the world onto a path toward sustainability.”

The scientists, scholars and activist associated with it claim that public support on all environmental issues is “rarely lower than 70 percent, as opposition to environmental protection rarely exceeds 25 percent. The public really gets it.”

The organization spoke about the common person in regard to recent environmental rollbacks by the president, “They don’t want arrogant, arbitrary bureaucrats telling them what to do, but they know we only have one planet and once a fragile ecosystem is destroyed, most of the damage is irreversible.”