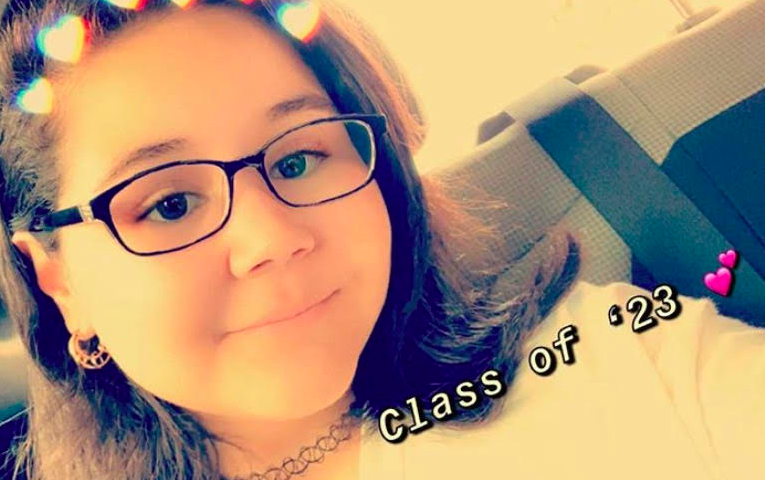 “When I was 15, It finally hit me I beat cancer. I was so used to going to the hospital every week that I finally realized I was finally living a normal life,” said freshman Tiffany Toro, who was diagnosed with leukemia at 10 and became cancer-free by 13.

Meeting Toro, one would never know the hardships she has gone through. She keeps a bright smile on her face and is always surrounded by friends while making funny jokes and puns. She is also an excellent student and is an avid member of the Humanitarian Society at Mercy College.

When she began her battle, Toro had to go through several rounds of chemotherapy every week and injections in her spine every three months to combat cancer. Fortunately, patients who are diagnosed with Leukemia before the age of eleven have a 92 percent survival rate.

Toro was used to the routine of waking up at 5 a.m. to the Montefiore Children’s Hospital in the Bronx, getting her treatment through her Portacath and playing on a tablet as she heard the sounds of the chemo running through her body. Her favorite nurse would explain the procedures they did in terms she could understand and made her feel safe.

“I had to take a lot of steroids and several injections, I was so used to getting chemo every week,” Toro said.

Her mother, Irma Toro, took on the full job of being her caretaker and being the breadwinner of the family since their father is disabled.

“She would always tell me to keep going and made sure I was taken care of, she knew all the procedures and was on top of everything.”

There were many painful and unbearable moments for Toro at the hospital. One of them being the time she woke up in the midst of getting her back injections because of a weak dose of anesthesia.

“It was the most painful thing I’ve ever experience and the worst part was that I couldn’t move or scream or do anything about it,” Toro said.

Chemo caused Toro to gain weight and become weak even to the point of not being able to climb stairs. At 12, she had complications with chemotherapy and developed a condition called avascular necrosis. This is when someone’s joints deteriorate. She has since has had a hip replacement and arthritis develop in her arm.

“When I was younger, I thought great I beat cancer, but that wasn’t the case because I still have my restrictions. However, I’m not as limited as I used to be and for that I am grateful.”

She was mostly homeschooled throughout her middles school years, so it restricted her from having a social life. However, she had friends at the hospital. Losing friends became normal to Toro because they were also ill.

Toro’s childhood friend Ellijah Graciano died of a brain tumor shortly after she was diagnosed. Her dear hospital friend, Destiny Rivera, who also had leukemia, passed because of an infection that developed into two forms of cancer at once.

Rivera and Toro shared a special bond. She looked up to her as a big sister.

“She hated everyone in the hospital except me. I was a light to her, and she was inspirational for me,” Toro said. Toro admired her because she was older and would always tell her everything will be okay and would always give her hope.

Death was something she had been exposed to at such a tender age.

“For some reason, deep down, I expected her to die because I put two and two together and then it happened. I saw her body lifeless, and it was surreal.”

Toro, now has 14 healthy friends. They always are out together in the mall or around campus. They have helped her college experience tremendously.

“My experience at Mercy has been incredible. When I was younger, I had friends that unfortunately passed. Now I have 14 close friends and that is so wonderful,” Toro said. All her friends have shared similar experiences, and that has brought them together.

“We are all either socially awkward or have the weirdest sense of humor and the lamest hobbies,” she said with a chuckle.

Toro is studying social work and aspires to work with children at a hospital or school environment. She hopes to one day help children were in her position. She knows what it’s battle a major illness first hand. She knows how to go through all the symptoms, mood swings, and nausea.

She knows more than she every wanted to know.

Toro can now be in her room playing Apex Legend, out with her friends having fun, or in class. Living a normal life she well deserves.

“I want to guide other children and let them know to take everything slowly. There is no rush to getting better because you will get better, and there is always someone who understands and will have the answers.”