You Better Cuff Your Chick, Cause Santa Clause Is Comin’ To Town 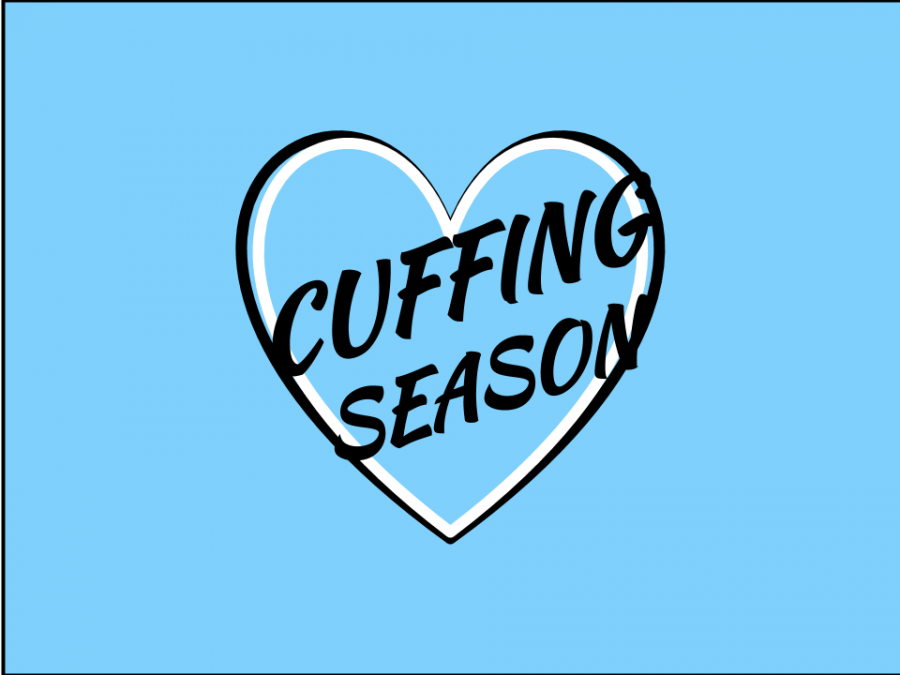 In the song “Piano Man” by Billy Joel, which tells the tales of the various people spectating a performance of a bar pianist, one set of Joel’s lyrics truly describes the feelings of isolation and partnership:

And the waitress is practicing politics

As the businessmen slowly get stoned

But it’s better than drinkin’ alone

No more short shorts, shaved legs, or sandy feet. Those early morning walks-of-shame with coconut rum on the breath have long been over. It leaves imagination to fend for themselves.

It’s easy to understand why winter serves as the perfect supplement for loneliness: the weather is colder, it becomes darker sooner, and nothing sounds better than having someone to cuddle up with to avoid those realities.

One wouldn’t think all those cheesy Hallmark rom-coms took place in the winter just for fun, did you?

Cuffing Season, according to Urban Dictionary, is the time during the fall and winter months (especially in places with cold falls and winters) where people who would normally rather be single or promiscuous, find themselves, along with the rest of the world, desiring to be “cuffed” or “tied down” by a serious relationship.

It’s all around us, every day. Most movies, shows, songs, and books ultimately share some love-driven theme. During Christmas time, we see that same theme everywhere we look, though even louder and more exaggerated than usual. Commercials even have a habit of causing their viewers to either fantasize about or gain a certain hatred for (depending on their relationship status) products and situations that they might not otherwise have thought twice about.

Consumerism aside, the argument behind the legitimacy of cuffing season is ongoing. Through the help of the Mercy College’s School of Social and Behavioral Sciences, this phenomenon was broken down into simpler terms.

A key step of the scientific method, which is the process that one goes through to prove a hypothesis, is peer review. In almost any field, this step is unavoidable; it gives a chance for feedback and constructive criticism in order for a better quality of work and to make sure the information being presented is told in an accurate manner.

As Dr. Rossi Hassad, School of Social and Behavioral Sciences,  explained, these journal entries, or with cuffing season, a lack thereof, may provide the greatest evidence against the scientific legitimacy of this.

“While the concept of cuffing has not been specifically addressed in the peer-reviewed literature in psychology and counseling, it has been noted by mental health practitioners as an interesting and plausible phenomenon that is consistent with our scientific understanding of mood changes, especially during those longer, darker days of winter.”

Despite the rebuttal of a definitive “cuffing season,” Rossi explained that this phenomenon may manifest itself in the humorously ironic name, Seasonal Affective Disorder (SAD).

The American Psychology Association describes SAD as a form of seasonal depression. Perhaps better known as the “Winter Blues,” it affects about five percent of Americans for about 40 percent of the year.

“Symptoms of SAD are the same as those of depression. They can vary in severity and often interfere with personal relationships. Symptoms include fatigue, pervasively sad mood, loss of interest, sleep difficulty or excessive sleeping, craving and eating more starches and sweets, weight gain, feelings of hopelessness or despair and thoughts of suicide,” stated an APA page regarding the disorder.

Connected to the change in daylight, noticeably the lack of it for most people, this causes a chemical imbalance, which causes the brain to be out of step with its normal routines.

Mercy College is one of the many with a handful of campuses each located a bearable distance from both upstate and downtown New York, so Mercy students know especially well what the transition into Cuffing Season feels like. The ones who live on campus get hit even harder since most of them are far from home and may already be feeling a sense of homesickness during the holidays.

A 20-year-old Mercy student, Armani Freeman, has been in a serious relationship with her boyfriend for eight months. The two of them live on campus and it’s benefitted them greatly to be nearby one another, especially during this time of year. Freeman feels a deeper sense of closeness between her and her boyfriend as the cold weather approaches. For them, this joyous season is a time for cuddling. They feel that the holidays wouldn’t be the same if they were single.

“Being in a relationship during Christmas can make someone more festive. That’s because you look forward to sharing your time with someone who you love and that you’re in a relationship with. When you’re single, you see all the other couples around you doing festive activities together like baking cookies, watching Christmas movies, or even renting out cabins together. You notice everyone else’s love around you more so during the holidays.”

Dr. Anne Ferrari, an Associate Professor, mentioned that research on the topic has been done before in other ways.

Cuffing has been scientifically shown through more than one research study, explains Ferrari.

“Match.com had their chief scientific advisor analyze where their spike (in people looking for a relationship) was, and they found the peak to exist in winter. That study cited biological evidence of men’s testosterone levels were increased in winter and posit that these increased levels may be responsible for the increased interest in finding a relationship match.”

Another 2013 study in the May edition of the “Archives of Sexual Behavior,” confirmed what Ferrari stated: there is a period where people are more attracted to the concept of sex and romance.

“Results indicated a consistent six-month harmonic cycle with the peaks of keyword searches related to sex and mating behaviors occurring most frequently during winter and early summer. Such results complement past research that has found similar seasonal trends of births, sexually transmitted infections, condom sales, and abortions. “

Scientific research aside, there are the ones who are “more single than the last Pringle,” as the 21-year-old Alicia Dixon considers herself.

She describes what it feels like being single during the Christmas season as “trash.” She has yet to find the one for her and respectably refuses to settle while she waits, but she is undoubtedly affected by that cuffing season fever. Dixon looks forward to having someone special to snuggle up with someday, so she can experience the holidays to their full potential.

“Just some real (expletive). But in this generation, it’s like seeking something that doesn’t exist. Call me delusional.”

The desire for peer-reviewed material creates an interesting phenomenon: how much does it actually mean?

Peel away all the dressings and it’s easy to see that we aren’t so different from one another. There’s a universal craving for closeness and warmth. Most want to be loved, held, and romanced. The healing properties that come from feeling safe and secure create such a sense of comfort that there’s no wonder the world has painted “love” as the be all end all since the beginning of time.

To the lucky ones out there who have found their special someone, hold them close on these cold winter nights. Cherish even the simplest of moments.

And to the ones who plan to brave the cold alone, don’t lose sight of the other sources of peace, love, and joy that are all around during this time of year. Embrace the unknown and believe in the season’s magic. Fate will do its job and the day will soon come when you’re nestled by the fire with the one you always hoped you’d find.

So in conclusion, what really is cuffing season?