‘He Asked Me to Be His Valentine, How Could I Say No?’ 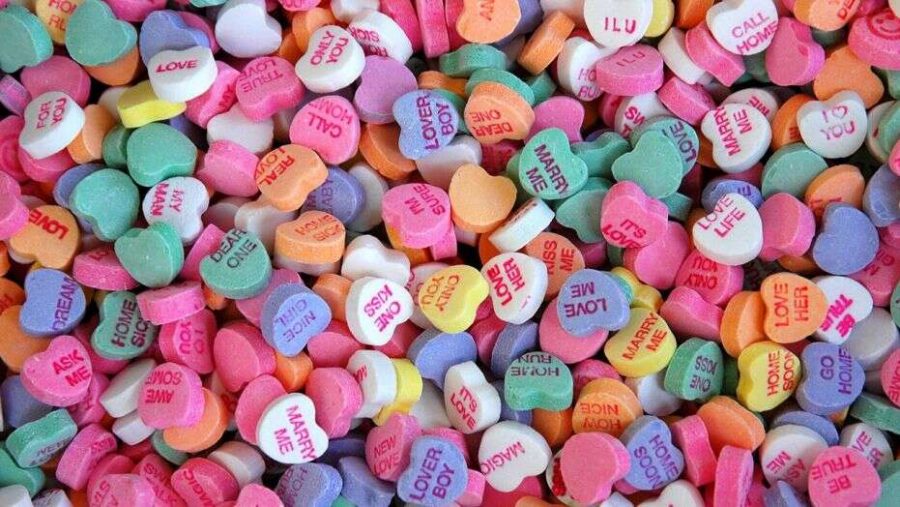 It was Feb. 14 of 2018, and they had been seeing each other for some time. He gave her a teddy bear, and they spent Valentine’s Day relaxing blissfully in their dorms.

Mercy College’s 20-year-old, Kaitlyn Denning, and her boyfriend, Andrew Hernandez, 21, have been together for just shy of two years. Winter break had recently ended when they met, and the two hit it off right away.

“We started officially dating on March 18. He asked me that night because my fortune cookie said ‘you will receive good news soon’ and he thought it was the perfect opportunity,” Denning explained.

Although their relationship wasn’t official for that first Valentine’s Day, it didn’t stop them both from falling in the same direction.

“Since we had only been talking for a handful of weeks at that point, I was so happy that he thought to give me a gift and that he asked me to be his valentine.”

It was that very day when Denning’s mind was changed. Valentine’s Day isn’t about fancy dinners and expensive gifts, as she had previously thought.

“Being with Andrew, I’ve learned that it’s way more important to me to spend devoted, quality time together than spending a ton of money.”

Sweet love, it’s universal. It’s the one thing everyone can agree on, no matter all the other crazy things going on in the world. It’s what strengthens faith and provides hope. It can’t be seen, smelled, tasted, touched, or heard.

Some of the most powerful feelings are the emotions that can’t be experienced by the five senses, and man can love move mountains.

It breaks language barriers, follows no rules, and creates insanity amongst the masses.

People spend every day of the year either doing what they love, spending time with the people and animals they love, missing loved ones, or looking for love, but Feb. 14, Valentine’s Day, is the day set aside to observe love.

There are skeptics. Some feel that it’s an excuse for people to slack off the rest of the year, but they misunderstand the purpose of this special day. According to a poll by the National Retail Federation, sixty percent of American adults celebrated Valentine’s Day 10 years ago. That number has now dropped to half, according to the poll.

For those who do celebrate, it’s a day to remind people to pause and celebrate the love that is felt the whole year through, in a world where work and responsibilities sometimes take over.

This day was not chosen randomly, and not meant to minimize the importance of love on every other day of the year.

Feb. 14 of circa 269 A.D. is the day that St. Valentine was brutally executed for his habit of helping Roman soldiers to marry when they were forbidden to by Christian faith. This day is now celebrated annually to commemorate the patron saint of lovers by spreading love as he did in his time.

Some people want the time that they’ve shared in a romantic relationship to dictate how they celebrate their Valentine’s Day. It seems easy to try to plan in that way, but it’s also just as easy to throw the rules out the window and forget time even exists. No amount of time is too short or too long. When you know, you just know. And so, while one couple may be celebrating their 25th Valentine’s Day together, another very well may be nervously exchanging their first “I love you.”

A 20-year-old student, Ellie Bachelder, and her boyfriend, Wesley Labrador, 21, will celebrate their second Valentine’s Day together this year. They’ve been dating for about a year and a half and grow more excited about celebrating this holiday as their relationship grows.

“When I was single, Valentine’s Day made me relatively bitter, actually. I didn’t like it, mainly cause I was jealous. Now, however, it’s one of my favorite holidays. I just love spending time with Wes and treating ourselves and going on dates. I have a great time.”

But despite the holiday’s representation for sharing love with a significant other, sometimes internal love can mean just as much.

“Our first Valentine’s Day was special. We went out to the Dobbs Ferry Diner, which doesn’t sound super special, I know,” Bachelder explains, “but it was the first time, I, being a trans girl, went out presenting 100 percent totally feminine.”

That wonderful evening came with a lot of firsts for Bachelder and Labrador, both individually and as a couple. No amount of time could stand between the love and trust that was shared between them.

“Our first Valentine’s Day definitely was different compared to now. I almost feel like this current Valentine’s Day is even more special than last year’s,” she says, “because although this is our second, rather than our first, we’ve been through so much more at this point and our relationship is even stronger than it was.”

There are about a million clichés used to describe love, and they all sound so cheesy until it happens upon you.

Your palms will be sweaty, your heart will beat wildly out of your chest, and you will feel butterflies in your stomach for days on end. It will have you tripping over your words and trying to catch your breath. It will make you question everything you ever thought to be true, as all the great loves do.

Yet, like snowflakes, no two are alike. And that’s the beauty of it.