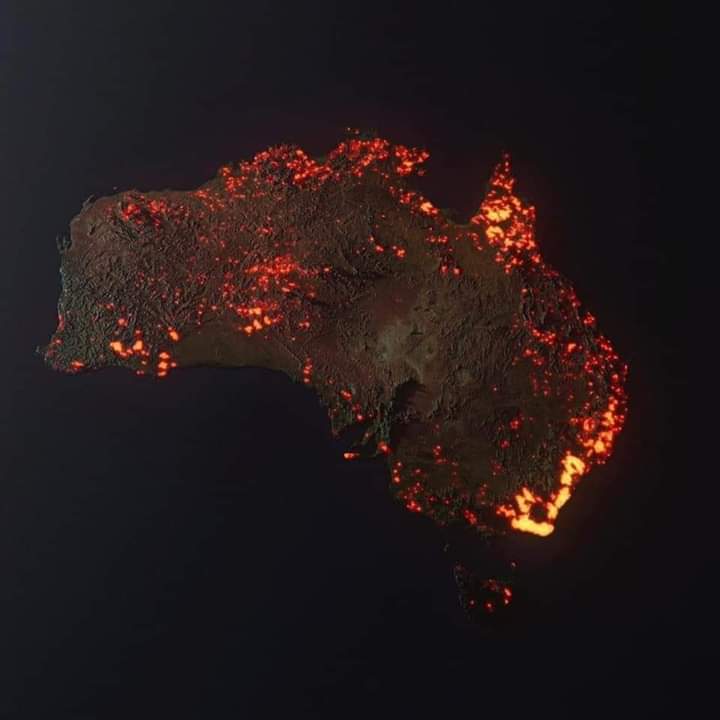 For months, Australia has been suffering a great deal of loss because of bushfires that are said to have originally been man-made. While they were supposedly not started with malicious intent, the fires have burned through millions of acres of land – destroying homes and killing handfuls of people and billions of animals, and counting. A recreational fire at a place where the temperature is generally warm, can spread without warning and isn’t likely to be stopped without a fight.

People from around the world have rallied to help.

On Saturday, Feb. 8, the owner of Sound Environmental (environmental safety and industrial hygiene consulting group), Sheila Bubka, hosted a fundraiser for Australia. A handful of people from the Mercy College community took part in the event. Hoping to raise $10,000, Bubka raffled off 11 items and a few gift baskets that were donated from local establishments, including Mercy College. In her silent auction, guests could bid on one-weekend stays at her two Airbnb locations, and several services, including but not limited to: a teeth whitening session, virtual hashtag business consulting, and a car brake and tune-up service.

Over $2,000 was raised at the event, and there has been talk of more events being held to raise money for the cause.

Sound Environmental prides itself on having a female-only staff, with a focus on hiring women of color. Based mostly in the five boroughs and occasionally in New Jersey and other parts of Long Island, the company tests air, water, soil, and waste to ensure that working conditions aren’t hazardous. When contracts are awarded, 30 percent of the contract money goes directly to certified female or minority-based companies.

Bubka has dedicated most of her life to working every aspect of supporting causes into everything that she does.

“Everyone’s been affected, but Australia, this is the biggest human migration in that country’s history,” Bubka explains.

Started by Australian actress Celeste Barber, the largest Facebook fundraiser has raised more than $26 million. The money was donated to The Trustee For NSW Rural Fire Service and Brigades Donations Fund. Another $3 million was raised for WIRES Wildlife Rescue and $1 million was raised for The Trustee For Country Fire Authority and Brigades Donations Fund. There was even a case of seemingly “distasteful” fundraising done by an Instagram model, who raised over $500,000 and donated every penny to the cause. There have been many more donations made from all over and in all different ways. The entire world is actively responding to this crisis.

“I mean, there are an estimated 1.25 billion animals that have lost their lives. On a scale, this is just unsurpassed. We’ve experienced Sandy, we’ve experienced others, but this country is just devastated. So, I just want to take a moment and take a stand and stand for Australia.”

Whether climate change causes the natural disasters that affect our planet remains a controversial topic.

There are people who stand firmly on the grounds of the fairly recent theory that natural disasters, including forest fires, are primarily caused by global warming. There’s been an increase in temperatures attributed mostly to the use of fossil fuels by humans, which produce an abundant level of carbon dioxide, therefore causing pollution and destroying the earth. This stance is usually based on the belief that natural disasters wouldn’t be occurring to the degree that they happen, or at all if it weren’t for harmful human actions such as excessive waste, pollution and the use of fossil fuels.

According to the U.S. Global Change Research Program, “Many lines of evidence show that human activities, especially emissions of heat-trapping greenhouse gases from fossil fuel combustion, deforestation, and land-use change are primarily responsible for the climate changes observed in the industrial error, especially over the last six decades.”

The report blames garbage the most. Solid waste landfills are said to source methane gas, which is 23 times more effective at trapping heat in the atmosphere than most other greenhouse gases.

Then there are people who believe that climate change is not man-made. While they acknowledge that humans contribute, they also base their stance on the fact that the Earth is naturally variable, and has seen repetitive cycles of mass destruction for as long as it’s been spinning. Scientists have proven that some of the most tragic disasters were ones that couldn’t be prevented by cutting down on waste and such. These occurrences were happening long before people were burning coal for electricity or driving cars. Vulcanologist, Giuseppe Mastrolorenzo, from the Naples Observatory in Italy, led a new study backing these claims. The study showed that residents of Pompeii who were originally thought to have suffocated to death due to gas and ash inhalation from the eruption of Mount Vesuvius in 79 A.D., were actually killed instantly by suffocation because of the extreme heat surge produced by the volcano. Natural volcanic eruptions are amongst several of the responsible known for the demise of prehistoric species and civilizations.

According to research done by NASA’s scientists, “It’s reasonable to assume that changes in the Sun’s energy output would cause the climate to change since the Sun is the fundamental source of energy that drives our climate system.”

In the 1970s, paper bags were pulled from stores because they were said to be killing trees, so plastic bags were introduced.  Since then, paper made its way back to stores alongside plastic. Now, effective January 2020 in most states, plastic bags have been banned and replaced with reusable material bags and paper bags once again. According to a report from the U.N. Environment Program and the World Resources Institute, as many as 127 countries have effectively reduced the use of plastic bags through policy efforts and measures. With these changes, the hope is to see less harmful waste, and in turn, prevent disasters like the one happening in Australia. While at one point in time paper was the enemy, the focus has now shifted to plastic.

Once the fires in Australia grew more serious, some people started to connect it to climate change. As temperatures are rising, due to natural variability or not, it appears extreme wildfires are becoming more of a regular occurrence.

Organizations and people from all over the world have been going to great lengths to help physically and financially in protecting the remaining animals and their habitats, as well as the land and lives affected by the fires. Firefighters have been working day and night to control the growing blazes. Regular people have been volunteering their time to drive around and load their cars with koala bears to bring them to safety.

Devastating images of animals that were hurt and killed in the fires have gone viral across all platforms. People that have been so unfortunate as to have seen such disturbing sights in person, have shared the photographs out of despair and in fear that the fires have grown large enough to extinguish all that’s left of the native species.

Alongside their efforts to raise money, some people are trying to bring awareness to climate change. Actors and actresses at this year’s Golden Globes used their speeches to speak out about the issue. Russell Crowe wasn’t in attendance to accept his award, as he went home to Australia to protect his family from the fires. On his behalf, Jennifer Aniston shared a message he’d prepared in case he won.

“Make no mistake, the tragedy unfolding in Australia is climate change-based. We need to act based on science, move our global workforce to renewable energy, and respect our planet for the unique and amazing place it is. That way, we all have a future.”

Regardless of the cause of the tragedies, Bubka feels it’s important to remember to take care of this planet that is called home. As a firm believer that the serious effects that most human actions have on the climate being the reason for the condition of this planet, Bubka will continue to do all that she can do to make a difference and raise awareness.

“Be aware. Everybody can recycle and all that, but I mean, there are technologies coming out to help. Bill Gates, for example, as far as energy – he’s created an intrinsically safe nuclear reactor that doesn’t use water. It uses molten metal. That would solve a lot of these issues. People just have to be open,” Bubka advises. “Even the little things, like when you order a sandwich — be aware of the waste and all the paper and wrappers it comes with.”

For those who seek to learn more about climate change and global warming, Pachamama Alliance is a global community that offers people the chance to learn, connect, engage, travel, and cherish life for the purpose of creating a sustainable future that works for all. Based out of San Francisco, California, they offer free, insightful online courses that teach those interested in making a difference, 100 ways to change their habits, which they believe will reverse global warming.