Show Me The Money: Qualifying For A Stimulus Check 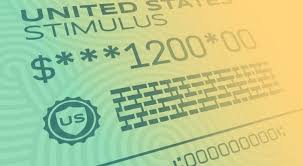 Due to the shut down of many businesses, non-essential people find themselves in a finical crisis. Although many people are out of work, there are still bills that have to be paid.

This is where the economic impact payment comes in. Many people know this as a stimulus check. The CARES Act makes this payment possible. This payment is a way to help out struggling families through these troubling times, but only to the ones that qualify.

Wel,l who qualifies for these stimulus checks? Single adults who have an adjusted gross income of $75,000 or less on their 2019 tax returns receive $1,200. Married couple who filed jointly receives $2,400 and will receive an additional $500 for each of their children who are under the age of 17.

Unfortunately, if your adjusted gross income is greater than $99,000 if your filing status was single or married filing separately, if you’re being claimed as a dependent on someone else’s return; like a child, student or older dependent who can be claimed on a parent’s return, if you do not have a valid social security number and if you are a nonresident alien you are not eligible for this check.

For all the people who qualify for these checks, they will receive them by mail and can also have the checks sent through direct deposit.

Many businesses had to shut down leaving workers unemployed. The Federal Pandemic Unemployment program provides an additional $600 per week on top of the amount people were receiving unemployment compensation. So, for the people who do not qualify for the stimulus checks, this little $600 may be the only payment they got.

College students are not eligible for the stimulus checks. Many students who work on campus lost their source of income because of campus shut downs. Not all students have a home to go back to, some were starting to pay back their loans, some have to pay for their own places and now they have nothing.

Something that has popped up to help college students is a new legislation. This new Legislation is called The Emergency Money for the People Act. This is a monthly payment would be $2,000  for qualified Americans over the age of 16 for up to 12 months.

College students have been sending around a petition to get the bill passed. Although something like this would help so many people, the idea of sending out that amount of money out would not be realistic. The idea behind it sounded to good to be true anyways.