Studying Abroad During a Pandemic

How South Korea handled COVID-19, in the eyes of a Mercy College student studying abroad. 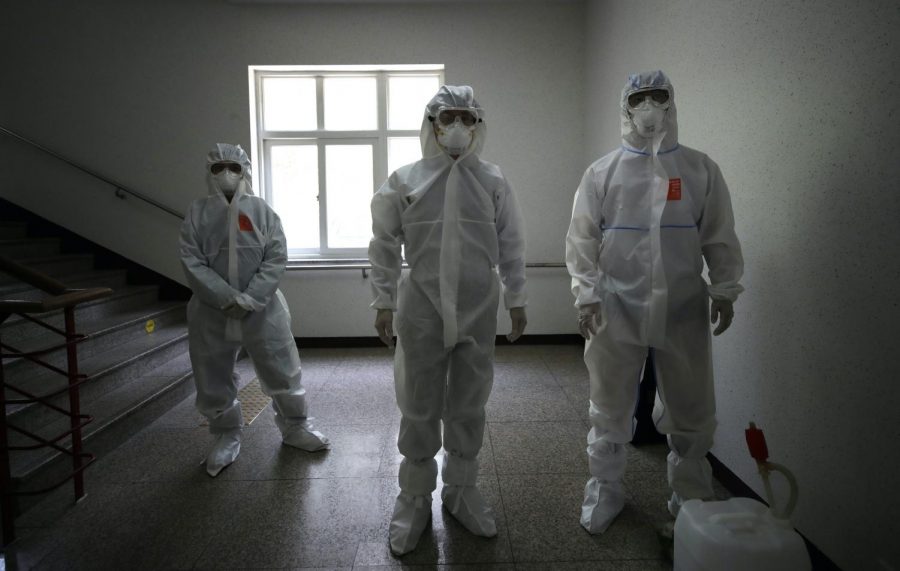 When Coronavirus started to spread out of China, many people did not think much of it until it slowly crept up into the daily lives of everyone everywhere. Unlike some countries still dealing with the influx of COVID-19 cases months later, South Korea has handled it better than most countries and has had success with widespread testing.

For Mercy College student Lamide Ladoja, studying abroad in her senior year during these troubling times offered a few challenges one may not see coming. Majoring in accounting, some of her classes were already online but the biggest change was dealing with not being able to contact her professors face to face. However, she was slated to still graduate as an undergraduate and is finishing up her GV (Global Village) program before returning to the United States in July to see her family.

“I miss my family so much and I just want to be with them during this time. This situation has not been the best but I have learned so much from it and I have learned the importance of learning from other countries sharing  guidance and advice in times of crisis.”

Like many, she did not think this virus would spread and get to where it was as a worldwide pandemic. Residing at the Mercy College dorms near Wonju where rules were not as strict, Ladoja was advised to not go near cities with more cases like Busan, Deagu, or Seoul. After learning about the Shincheonji Church situation from her friend back in February, she realized that the virus was much more serious than anyone could have realized.

“I believe that this is a lesson for us all. To take our medical experts seriously and prepare from such threats in the future.”

Ladoja saw the increasing changes coming with COVID-19. From washing hands and using hand sanitizer more often to the closing down of parts of campus, she luckily was prepared with masks and practiced social distancing before infections increased in that area. After doing some research herself and changing her mind into going back to the United States, Ladoja made the decision to stay in South Korea amid the Coronavirus crisis.

“I think since the beginning, Korea has been pretty hands-on with the virus. The government followed the test, track and treat approach, and began fast-tracking the mass production of kits before the infections began to spread even more.”

Even though she was reached out by her family to come back, Ladoja wanted to stay with the situation she was given through Mercy College. She was offered free medical care, meals, and dorm in South Korea and did not want to potentially get her family sick while burdening them with medical expenses in the system the United States is currently operating under.

“I was reached out to by my family and many people telling me to come back home from Korea. However, when I looked around me and I saw how calm many people were, and how devoted my coordinator was to helping international students, I just didn’t feel the same pressure or nervousness the other people felt for me.”

Even though everyone has been hit hard with this pandemic, Ladoja keeps her mother in her prayers as she is a registered nurse as a responder. As South Korea is on the path to getting back on track with some restrictions, it has set as a model of success that other countries can follow.

“For example, if a province did not have enough supplies another province would immediately go and try to help them and give them what they needed or you would also see in the grocery stores people were taking what they needed and not really hoarding things.”

Collectivism has helped many go through tough times but their model has helped lower cases with their innovation in technology, using that to help track cases along with more widespread testing for anyone to take.

“There was an app that would actually send out text messages to everyone around the vicinity of an infected person and let them know where that person had been, what type of area they are in, all while protecting their identity) and it sort of gave other people more time to take more precaution and be more careful in those areas.”

While the United States has had a shortages of masks, South Korea did not have that problem, as masks were very cheap and readily available in many local stores. Ladoja was asked by her mom to bring some home and even though prices did rise a little bit when the virus was predominant, it did settle down after a while and is still not that expensive.

“You can usually go to any convenience store to get a mask. It’s not that expensive maybe $2 to $7 depending on the type. I think that is because Korea is a society in which masks are part of their everyday life. If you were sick you would wear a mask to protect yourself and others. I think America is adapting well, but we didn’t really have masks as an integral part of our everyday lives so I believe that’s why we had a more drastic shortage.”

The government in South Korea has not mandated a lockdown, so activities that can be done with social distancing was still available to do. Some activities Ladoja did to pass the time other than studying are cooking, working out, and exploring Wonju (a small city near her campus in Yonsei). Even though some of her bigger trips were canceled, hiking was something she started doing and could do regularly as well.

“Recently, I have taken up hiking. The Yonsei campus is extremely beautiful and has amazing scenery and trails. I think I have explored them all.”

Many places in South Korea, even the capital Seoul, are slowly reopening and public areas are adjusting to social distancing. Safety precautions are still needed but with fewer cases, restaurants and gyms are starting to open with some restrictions. Hopefully, the United States can eventually get to where South Korea is currently to get somewhat back to normal.

“It’s important to make yourself and other people feel safe. Whether or not masks are as useful as we may think, I do think that they are great safety precaution so you don’t touch your face all the time. But of course, in places that may not have enough, healthcare care professionals or those at risk should get first priority.”