How Will COVID-19 Affect Us in The Future? 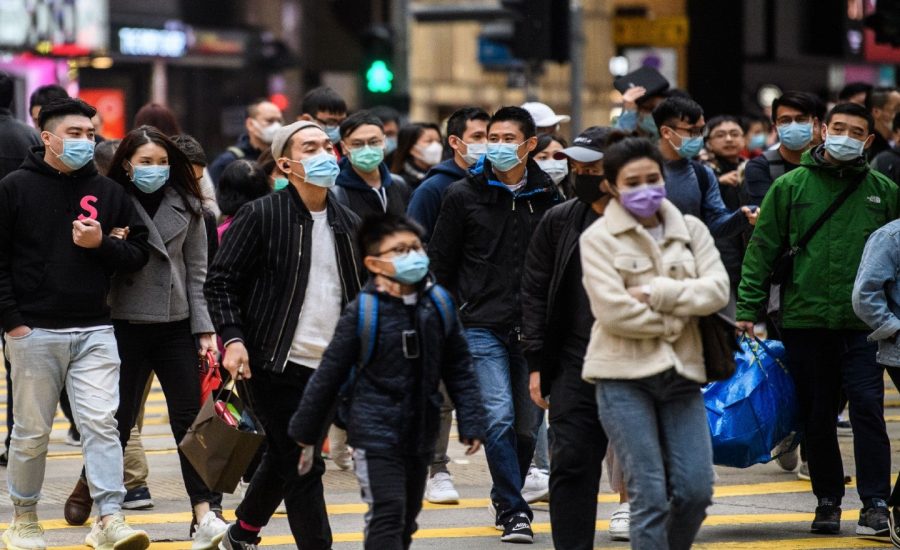 As the new normal is setting in and many colleges are shutting down, many questions are still left in the air on how the future is going to look for the educational system. Transitioning to a different form of teaching is something that all students and professors at Mercy College have been struggling to adjust to in different ways.

For many students who have taken online classes in the past, the new setup might not come as a struggle to them. For others, the switch to fully online courses has been challenging for some students, so it is more important than ever for professors to spend extra time creating a lesson plan that is both adequate enough to each and comfortable enough for students to learn.

For many colleges, taking advantage of the different technological tools at our disposal is essential to continuing the lesson plans that were originally planned to be taught inside school grounds. Many instructors have turned to video conferencing tools such as Zoom to replace the in-person lectures with online chats. Professors are also creating more discussion boards for students to post on and increased personal and mass emails to make sure all students are informed about any changes in classes.

These resources are something that many students at Mercy College are used to.  These resources are tools that have been used for many years at Mercy and have only been increased in usage since the campuses moved to blended learning. While many adjusted well to the school shutdown, there are still students and professors who are continuing to have had a hard time adjusting to fully online classes.

One professor who has come to fully enjoy the fully online classes is Dr. Isabel Grayson, an Assistant Professor of Literature and Language at Mercy Manhattan. She, like many professors, has had a difficult time adjusting to the only online setup of her classes and misses the social interaction of students and professors.

“Anyone who knows me knows that I am a hands-on educator. I need that give and take of face-to-face, eyeballs to eyeballs teaching/learning exchange,” Grayson says.  “I have always scoffed at the idea of teaching literature online. Sounds like lonely learning to me. Lonely teaching — teaching into the flat robotic screen, a black hole of internet, wires and an uncontrollable void.”

Grayson swore that she would never be one of those instructors who taught her material fully online, then the COVID-19 pandemic forced her like many other professors to alter the way she taught to adjust to the secluded times we all live in.

She had two choices: teach online or lose her students. So she adapted.

Zoom was founded in 2011, battling Google and Skype for marketshare. It rose to a million users in a few months. It grew over years, with an evaluation of over $16 billion in 2019 when it went public. It’s founder stated in a blog recently that in April of 2020, 300 million Zoom meetings took place daily. Zoom earning reports released in November saw earnings rise 355 percent from the previous year, with a market cap of $129 billion.

There have been many surveys and discussions distributed from different Mercy College staff members since the beginning of the semester on how students have been adjusting to the new format and although it might be too early to draw any conclusions about the future, the trials and errors taking place this fall semester, are becoming a blueprint for how the college will function for the upcoming Spring semester.

Interactions with others are something that many people crave after being quarantined for almost six months. The deprivation of being separated from people’s family members and friends has been a big push in the reopening of different stores, restaurants, and schools.

As September comes to a close and the holiday decorations are going up, the wonder of how the upcoming celebrations will be held is a question that is still up in the air. While it can be difficult to think about the incoming holidays as we are still adjusting to the new semester, there are many questions on how everything is going to be set up.

According to the Centers For Disease Control and Prevention (CDC), many safety percussions need to be in order for any mass celebration for the holidays. They require each guest to maintain a distance of at least six feet from one another, don’t shake hands with others, and of course, wear a mask

The thought of having a party where no one can talk, shake hands, and are mandated to wear a mask is not the idea of an enjoyable time for many. Like many others, Soliany Santiago, a junior at Mercy College, is one of the many students nervous about attending the upcoming holiday celebrations. While social interaction is essential to human development, being aware of your health is something important to her and many others.

“We can hold off and celebrate with those we live with,” she says. “It’s not just my health on the line, but others as well.”

Grayson, who has been critical of the social response to wearing masks in public since the beginning of the pandemic, has similar views to Santiago. She, like many others, is nervous about the upcoming holiday celebrations because she sees how the public as a whole has not taken wearing masks as seriously as they should.

“It’s not about class, race, gender, sex, ethnicity, freedom of expression; it is about health,” Grayson says. “When I have campaigned in my neighborhood for safe practices, I am saddened by the irresponsible neglect, antagonism and arrogance I have been met within the (unmasked) face of a deadly global pandemic. It’s such a simple thing to do: wear a mask, wash your hands. Keep your distance. Why is that so hard to do?”

It is safe to say that the only way we will be able to have interactions with other people, a treatment to COVID-19 needs to be in place. And the treatment can be coming sooner than anticipated

The possibility of a COVID vaccine being available this year is a hot topic on many different news outlets. The question of whether it’s safe to administer this year is something that many are nervous about.

Dr. Anthony Fauci spoke to CNN and said the world’s deadliest disease is on the verge of having a cure by the end of the year. He claims that the current data regarding the vaccine trials are very much “safe and effective “and a vaccine is fast approaching. He is not the only medical professional making this claim. Many other seasoned doctors are also claiming that the trials are going so well that vaccines can start getting administered before the year is over. According to Reuters, President Donald Trump believes that there could be a vaccine out before the Nov. 3 election. While the possibility of a vaccine being available in the next coming months is great news for many. The question lingers if it is safe.

Some believe to get back in a classroom completely, they will have to receive the vaccine.  This includes healthy individuals who have managed to dodge to COVID virus altogether. Santiago is one of the many that believes that a vaccine is great, but could be premature.

“When it first comes out, I don’t think I would take it,” she says. “What if it doesn’t work?