A Professor Perspective on Returning to Campus 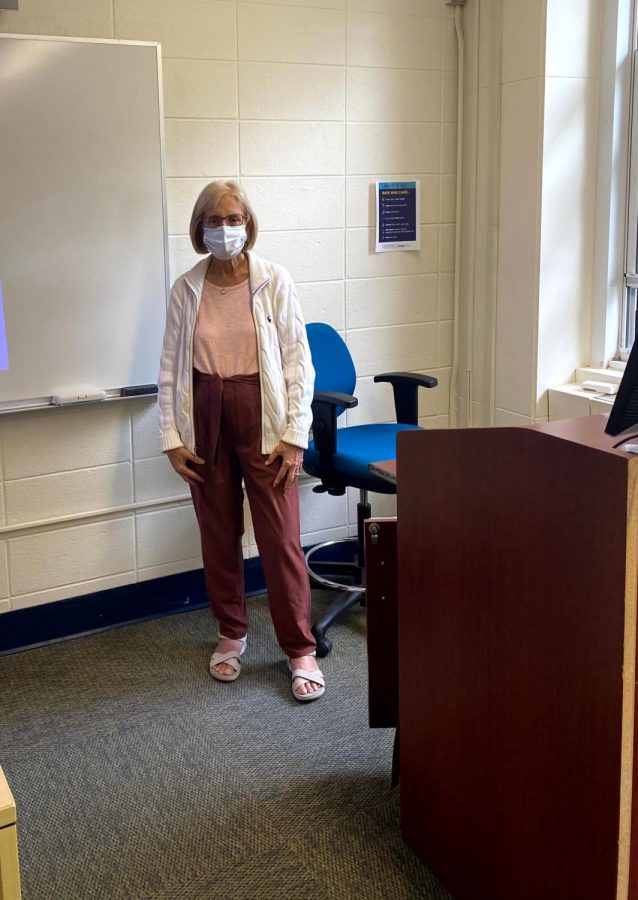 “Once we were home and working from home, there was a lot going on. There was tremendous planning  between the deans, chairs and program directors. We were  asking each other: ‘What should we do? What can we do?’”

These were the questions that Diana Juettner, Mercy College professor, was asking when the COVID-19 pandemic first began. In January of 2020, she had been named interim dean and less then two months later, she was forced into a situation that no one could have ever expected or predicted.

The planning began immediately, according to Juettner, not just for finishing the spring semester that switched over to distance learning on March 10, 2020 but also for planning the upcoming fall semester.

The first immediate problem mentioned by Juettner was helping the students who were forced to learn from home but did not have their own computer, and in some cases, students who didn’t have internet connections. She highlighted the role PACT staff played in this process by “spending a tremendous amount of time working with students” in order to ensure they had the best possible online education they could provide.

Once the spring semester was settled and finally completed, the new focus shifted to the fall.

One of the key areas Juettner focused on with the extensive planning for the fall semester was ensuring that young students could have as much of the college experience as possible while maintaining the highest level of safety. She also made clear that to her, the most important aspect for all students and people to do was not panic. This is an important reminder to not overreact and to think rationally when challenges arise as they are likely to with the world as it is.

Mercy College wasn’t the only place where  Juettner was faced with the challenges of the COVID-19 pandemic. Since 1992 she has served as a councilwoman on the Greenburgh Town Board. She noted the long days between working on how to safely return to campus in addition to ensuring the community of Greenburgh was as safe as possible.

Some of the issues she dealt with were “garbage collection, police protection, and 9-1-1 services, which are provided by the police in the event of a medical emergency.” These services needed to run as smoothly as they could while also ensuring the safety of all those individuals who were involved in those processes. That issue was a common theme throughout most of the issues that Juettner dealt with on a daily basis.

As the summer progressed along,  Juettner remained optimistic in a return to campus in the fall.

She noted the fact that Mercy College has several plans to be sure they were ready for just about any scenario that anyone could think of. The two biggest concerns upon the actual return to campus was making sure students could understand what they were learning and hoping to avoid a situation like in SUNY Oneonta where the entire campus was shut down rather quickly.

When discussing the concern about students understanding, she mentioned the mask and being able to just talk so people could hear her but also students who opted virtually could understand over their computers. She also stated how important it was for people to be in class with others.

This ties in with her second concern in hoping to avoid a similar outbreak that led to SUNY Oneonta shutting down after hundreds of students contracted the virus.

However, even with all this planning ,eventually the Mercy College community would be affected by the virus.

On Sept. 12, Mercy College announced its first three positive cases after the mandatory testing of residential students. Four days later, on Sept. 16, a total of seven cases were announced in a memo from President Tim Hall after 95 percent of testing had been completed.

“I didn’t become alarmed but the community became very alarmed when it hit News12 and worried a lot of people,” she said.

She understood this as the concern for older residents in the surrounding communities who are at the highest risk for the virus. The discussion then moved to the mandatory testing for students who were living on campus but not required for those commuting.

She expressed her understanding for the situation as clearly those living on campus would be the ones around each other the most and pose the biggest risk to others. The cost of acquiring all of those additional tests was also a factor in choosing who to test and who not to test so all of the college leadership had to make a decision on what could do the most good.

Juettner expressed how the important things to keep in mind during all of this is to “keep our sense of humor” and that despite all of this hardship, the community will be stronger if it sticks together.

“We’re going to come through this and my hope is we all appreciate each other more and not look at what divide us but what brings us together.”