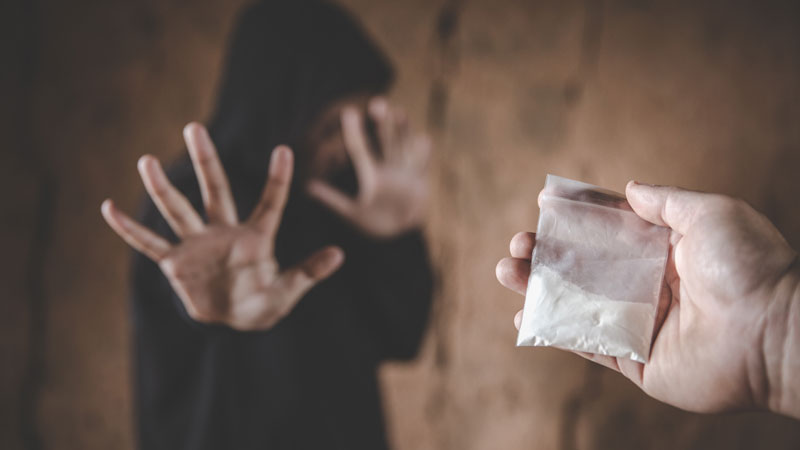 She is petite. Her short, springy hair gives off a golden glow. Her skin is rough and her voice is raspy.  She wears a thick silver necklace with a cross on it and rings on all ten fingers. Her speech comes and goes on a zigzaggy ride.

Her stories go on, from one to the next, with no end in sight. She has a lot to tell and is clear about what she wants to say.

She has joy in her heart, but her exterior has been damaged by her substance abuse.

Candice, 51, was a regular user of crack cocaine. She not only overcame her drug addiction, but she also managed to finish her bachelor’s degree in business administration, all while dealing with deep dark energy that was poised to take over her life.

“School was a huge motivation during my rehabilitation.”

Candice started smoking marijuana occasionally at just 12 years old. “Just like everyone else,” she said.

She explains how marijuana was the gateway drug that led her to narcotics during puberty. At the age of 17, she left her home to live with her boyfriend. It was he who had introduced her to drugs initially and motivated her to quit school and just get her GED (General Educational Diploma).

“I was enjoying myself while my family was sad and worried for me,” she said.

Upon dropping out of high school, Candice had to find work in order to survive. She not only had regular bills to pay, but plenty of drugs too.

“Over the years, every cent I got, I spent.”

Candice overdosed numerous times, but did not want to accept that she had a problem until she became an adult. She tried going to several programs in order to stop abusing drugs, but her progress did not last long. She would be clean for a few months, but would then fall into the same hole time and time again. After years of all the back and forth, she realized that she would not be able to overcome this on her own, so in her late 30s, she joined a church.

In 2016, Candice participated in a drug program called “Odyssey House,” with every intention to finally defeat that monster because “this thing kills.”

The program ultimately motivated her to pursue and complete her college degree. At the age of 48, with much doubt, she enrolled herself in college.

Her freshman year was the most difficult, not only because she was back in school for the first time in 20 years, but she was still consuming drugs on a daily basis. Candice regrets losing that first year on drugs, and if she could travel back in time, she claims that she would have shown herself what she was capable of.

She loved her English 101 teacher. “Ms. Hall,” was her favorite, a sweet and patient lady who she admired for her passion for students. She always sought after Ms. Hall’s approval and valued her opinion. However, on one occasion, Ms. Hall had to ask Candice to leave the class because she was shaking, sweating, and could not stop moving in her seat due to the dose of cocaine that she had consumed that same morning. Candice left the class full of anger and self-shame. That was her turning point. Never again.

Although she barely made it through her first year, Candice did not quit.

The love and support of her husband, the school, and the program brought her to life. She says, “I had to do it for me and for all of them.”

After her first year of college, Candice’s rehabilitation began to show signs of progress.

“She was very active in class, talked a lot, and was always moving around,” explains her classmate Jasmine Lopez. “I met her in our last semester, in finance class.”

Jasmine explains how good of a team player Candice was in group projects and how she was the first member to finish her section.

“You could tell she loved it.”

She began to focus in class with a clear objective to complete her degree. Her grades improved.

“I got a 98 in my Computer Applications class,” which motivated her to keep going as she started coming up with new projects and dreams.

According to the Official Website of the City of New York, someone dies from overdose in New York City every seven hours. 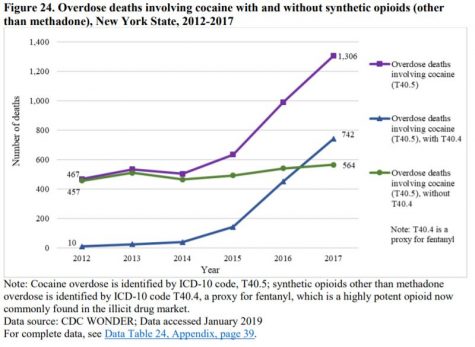 According to a survey by the Recovery Village, the use of drugs has increased by 18 percent in September 2020 and 67 percent in alcohol consumption in the United States. New York is one of the five most affected states (New York, New Jersey, Massachusetts, Rhode Island, Connecticut). During the pandemic, there is an increase in addiction rates due to isolation and lack of access to recovery resources.

Candice has been clean for three years now. She ultimately graduated with her classmates in December 2019. Her story is full of life lessons, the greatest one she repeats to herself daily.

“It is never too late to start over.”