Social Media May Have Influence on the Election 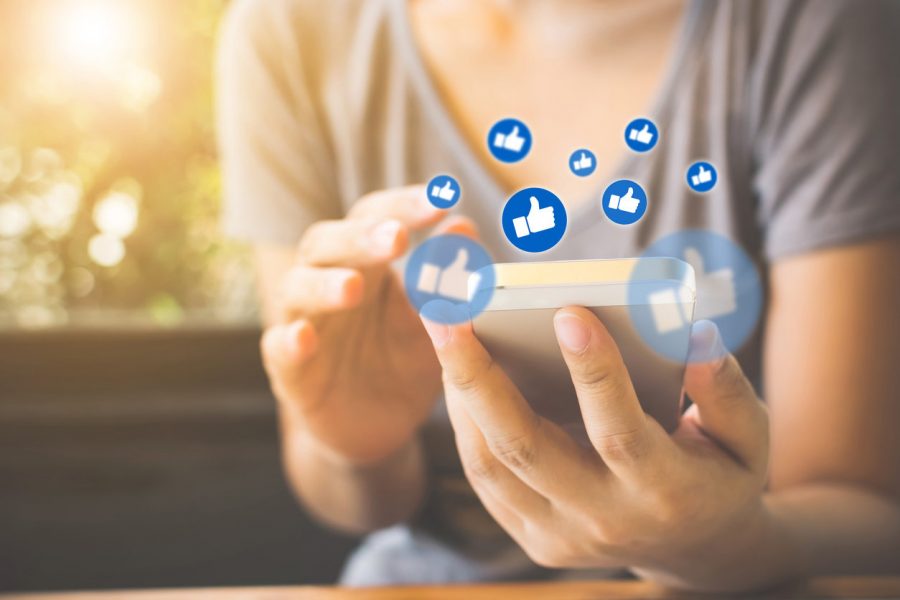 No matter what the topic, on social media everyone is one tweet or like away from erupting into conflict, led by an angry group of users. Often, these angry users will verbally fight it out until there is a common compromise between all parties, and peace is restored. Other times, these angry users will brake off and started their own gathering to continue striking at those who are opposed to their ideas.

The growth of people spend their time of social media sites such as Facebook, Instagram, Twitter, and Snapchat has garnered interest among many children, adults, and politicians around the world, and with the upcoming election many politicians including our current president are constantly utilizing Twitter frequently to get their points across and distant many Americans. Candidates aren’t having to knock on our doors in the early mornings to convince us vote for their party, they are turning to social media platforms to do so. With the increasing use of social media to get candidates thoughts across,

The question lingers… Is social media affecting our upcoming election?

For Prof. Jayne Burt-Ozyildirim, an adjunct instructor for the School of Liberal Arts who is also a Writing Specialist for Mercy College’s Center for Academic Excellence, she believes that the answer to this question is yes and we have four years of proof as an answer.

“With the exception of the people who, at this date, remain undecided, I believe people have made up their minds who they will support, and they go on social media to get positive reinforcement for their choice,” says Ozylidirim.

Professor Ozyildirim is right. President Trump has more than six times as many followers on Twitter as he did when he was elected to office in 2016 according to the Washington Post. He gained approximately 38,907 new followers this past week bringing his total number of followers to 87.3 million on Twitter alone with every tweet receiving thousands of likes, retweets and comments daily. On the other hand, Joe Biden is slightly behind Trump with his Twitter followers as he has 11.5 million followers with him bringing in 28,664 followers in the past 24 hours.

Trump and Biden’s massive followings and constant growth on Twitter, has prompted both to turn to the social media site for posting their updated thoughts on issues such as racism, COVID-19 and more especially as election day comes closer. With their millions of followers on Twitter accompanied by their dozens of daily tweets to feed them, for many including Soliany Santiago, a junior who majors in Criminal Justice at Mercy College is starting to believe that Twitter is becoming more a political diary than just another form of social media.

“Everything they say is being watched and since it’s so easily accessible through social media, it creates quicker responses from the people on whether they agree or disagree with these candidates,” Santiago says.

Over the past four years in particular, social media has emerged as the leading political source as it’s being used to sway voters to achieve political goals. With the Recurring growth of online chatrooms along with the current stay at home orders handed down by most states across the country,  many Americans are turning to the popular social media sites to gained quicker access to the recent political and election news. However due to this more frequent access, social media can be used to spread misinformation and engender bias among voters.

Take the coronavirus as an example, a study released by researchers at Carnegie Mellon University found that nearly half of the Twitter accounts posting updates about the coronavirus pandemic are more than likely bots — an account that posts automatically generated messages and functions as a human being with the sole purpose to gain followers. According to Imperva.com, it is estimated that 9-15% of Twitter accounts are social bots. Now with the election approaching, it is estimated by many professors and political experts that these same bots are spreading false information about the election to misinform gullible users.

One professor that believes in the misinformation spreading is Professor Claire Bush, a Mercy College tutor at the Center for Academic Excellence. She believes that for this election in particular, much more pressure has been brought to bear on Facebook and Twitter for keeping users up to date on the current election information, which is proving to be just as much as a negative than a positive. “These two platforms have made some efforts to take down untrue claims made by whichever political party or entity is posting them. Social media manipulated by the wrong hands has destroyed political campaigns around the world. Brexit itself is thought to have occurred thanks to Russian manipulation of social media,” Bush says.