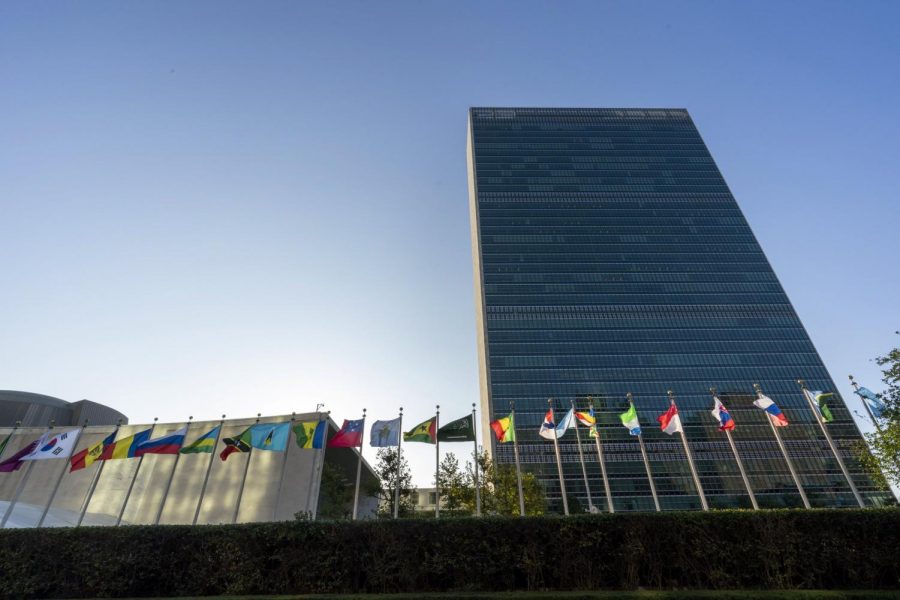 Mercy College’s Center for Global Engagement hosted a Zoom event to celebrate the 75th anniversary of the founding of the United Nations on October 28th. The event was called “Creating The World That We Want” and was aimed at highlighting the importance of the UN and its role in the future world.

Professor Michiko Kuroda organized the event which was a discussion led by three speakers. Two of whom currently work in the UN and one who is the Mercy College Youth Representative to the UN.

Hillel Loew, Special Assistant to the Under-Secretary-General on the UN 75th Anniversary, led off the discussion to outline the mission that the UN started with to celebrate its anniversary.

The UN Secretary-General did not want a traditional celebration of the UN’s history. He wanted something meaningful and special for the 75th anniversary. According to Loew, he wanted more of a self-reflection exercise. An exercise by which the UN would embark on a global listening tour to really listen to the people of the world.

This was shown through a video which has been released on YouTube which led off the presentation. It contained what the UN wishes to accomplish and all the people it wants to reach in order to further its global mission. The mission was to become better listeners to the world and even more. “This was not only an exercise of listening, it was also an exercise to try to come up with solutions. We wanted to hear from our critics.”

This idea led them to launch a survey in order to better listen to the needs of the entire globe. He listed that of the 1.2 million responses to the survey the main issues facing people were “COVID-19, Social Inequality, Climate Change, and Human Rights.”

This five-question survey, which Loew said takes about one minute, is still ongoing as they try to reach out to more people to better understand the people of the world. They encourage all who have not already done so to complete the survey “in order to create the world you want.”

Loew continued to speak on how the youth are the key to all of their efforts which is why they teamed up with the Center for Global Engagement. Mercy College has a long tradition with the United Nations with its program on International Relations and Diplomacy. The second speaker who currently works in the UN is a Mercy College graduate and the third speaker is currently in his final semester at Mercy College.

Smahane Nounouh, UN Department of Political and Peacebuilding Affairs, and Adair Martinez, Mercy College Youth Representative to the UN, both stated the importance of youth involvement in global politics.

The concept of “Act Locally, Think Globally” was a key point in the lecture that focused on youth involvement within the United Nations. Martinez as Youth Representative is focused mainly on “inspiring young professionals to become advocates of sustainable development and inspiring leaders in their schools and communities.”

Loew, Nounouh, and Martinez were opposed to any extreme nationalism which recently became a major force in the political world. This fear can push nations into a kind of isolation and will cause a collapse of any cooperation or collaboration that may exist in the world.

After the 55 minute lecture, the event opened for a question and answer segment which lasted for about 20 minutes and focused on how the United Nations can continue to improve and face the current world problems.

All three speakers in conclusion stated how the most important goal for the UN is to continue to reform every department within the organization and strive to make it more efficient and more effective for everyone around the globe.