The Logistics of Lethal Language with Professor Albrecht 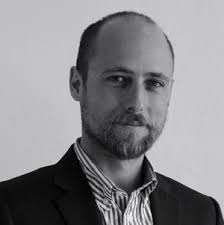 The power of language is immense. Undeniable. It can not only alter the thinking of citizens, but their safety.

Expert anthropologist, author, and professor at Mercy College, Eduaurdo Albrecht, measured the relationship between language and violence using artificial intelligence combined with a qualitative methodology. His findings proved that the language of leaders affects the safety of its citizens.

“I combined these two types of approaches to better understand social and political dynamics all over the world,” Albrecht said. Though this particular study was done in Kenya, Albrecht said that he routinely uses this analysis in countries all over the world, including Africa, Asia, but also Europe and North America. He sees this methodology and uses it in the United States of America.

Albrecht uses big data to scan online media servers to find a certain language. The software used sorts the verbiage used and allocates it regarding its sentiment under positive, negative, and violence and provides it a score. The scoring is with a program called Natural Language Processing (NLP).

According to the study that was published in February 2019, “Using natural language processing to identify the sentiment associated with leaders’ language, predicts both increases and decreases in average fatalities for look-ahead periods between 50 and 150 days, with overall accuracy approaching 85 percent. This finding is significant and suggests a significant role for influential actors in determining the positive or negative pathway of society towards or away from violence.”

Albrecht graduated from the University of London, studying anthropology and development studies. During his time there, he founded a civil rights organization named “Rising South,” which promoted awareness about social/political issues in Europe including migration, environment, and civil rights issues. He then taught at Pukyong National University in South Korea.

Despite his expertise in academia, Albrecht found the best way to gain knowledge about the environment is by submerging oneself in its culture and getting to know people and the countries dynamic. Making connections with civil society activists, politicians, diplomats, or college professors often help Albrecht finalize his studies and grasp the state of the country.

During his stay in Europe, he authored a book titled Alter-globalization in Southern Europe: Anatomy of a Social Movement, which is based on a social movement in Europe in the 1990s. After studying it for 16 years, he discovered the marketplace of ideas was the driving force of activists actions. From sit-ins to strikes. He looked at how culture was transmitted and discovered it consisted of art forms such as music or literature.

This pushed him to realize that this expressive culture is often happening over the internet. Reading all of the material online during the social movement would be impossible, which lead him to find emerging technology to help him sort through the online language.

Albrecht has another study focused on the Middle East sometime next year dependent on COVID-19 restrictions. He looks to use the same tactics that he mastered in previous studies to help understand the political and social movements there.

His concepts and theories were ringed true in regard to political violence based on the influence of language in the United States. Language, undeniably, has the power to influence action and can cause people to act out in violence. In a year full of protests and an election like the country has never seen before, this study can be implemented more than ever, he says.

He’s seen it escalate in other countries like Africa and Asia and eventually result in a bloodbath or a civil war. Albrecht’s advice on how to avoid serial and potentially violent, conflict is simple. The recipe for cooling conflict is seen time and time again in his profession.

“It starts with burying the hatchet and being empathetic across political lines. We have to stop interacting with others through political ideologies and start interacting as humans towards other humans.”

And that is how he foresees this country reuniting after an extremely controversial election.

“Reason is the only trait we all share, despite our different religions, color and political parties or affiliations. The second issue is empathy – if we don’t see the world from the point of view from our worst enemies, then we are just stuck in an eternal fight. There has to be dialogue, too. These three concepts – reason, empathy, and dialogue. I’ve seen it time and time again to get the country out of a funk and together for a more harmonious future.”