The Controversy of Athletes’ Involvement in Politics 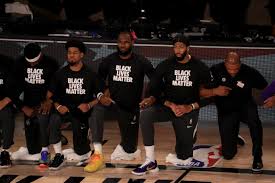 There has been a lot of controversial opinions surrounding athletes over the past few years that have been vocal about their political stance.

Colin Kaepernick was one of the first athletes to protest social injustice at a sporting event when he decided to kneel during the National Anthem to protest police brutality on black Americans. 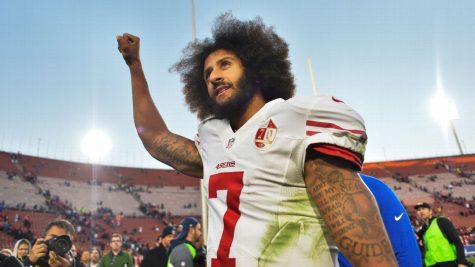 After that incident, many athletes decided to follow in his footsteps and became political activists themselves. Lebron James has been the latest athlete to receive attention because of his active participation in the Black Lives Matter movement. Lebron has been seen wearing Black Lives Matter apparel to games and actively tweeted his support for the organization on his social media account.

“I do not think that just because a person is an athlete that his opinion is different than a parent, an aunt, or an uncle. It is their viewpoint,” Matt Kilcullen, Athletic Director at Mercy college stated. “However, they are highly visible, so they do get a lot more recognition, but you have to make the decision for yourself on whether you agree with it or not.”

When asked about the appropriate response of sporting fans to athletes that choose to express their political views, Kilcullen had this say.

However, not everyone shares the same view  on separating an athlete’s view from their sporting contributions. 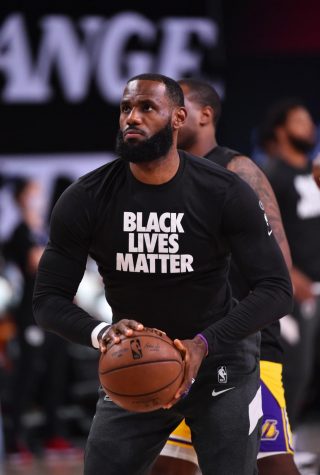 Lebron has received backlash from some of his social media fans who have threatened to stop watching basketball games because of his involvement with the black lives matter organization. Sports journalist Clay Travis’ response to the political atmosphere of the NBA was to tweet about the forty-four percent decline in ratings from last year’s finals and the fifty-five percent decline from the last time that Lebron James was in the finals.

He ended his tweet by stating, “Get woke, go broke.”

UFC fighter Colby Covington, who is a public supporter of Donald Trump, made it clear that he was not a fan of James as he stated numerous times how tired he is of “woke athletes like Lebron James.”

Drew Brees of the New Orleans Saints was heavily criticized by the NFL, his teammates, and his social media fans when he expressed his disapproval of kneeling during the national anthem because he felt that it was disrespectful to the American flag. He responded to the backlash by issuing a lengthy public apology the next day.

“If people have the privilege to sit somewhere feeling comfortable with how the world is then they are part of the problem,” said Lilandra Turull, a student at Mercy College. “I have also heard that certain people should stay out of politics because they are not a politician, but that is far from a valid statement. Athletes still face prejudice on and off the field, so they have full rights to have political beliefs but my belief about that is, it is not even political, it is beliefs in regard to human rights.”

Brandon Robinson, a Mercy College student, echoed the same views as Lilandra as it relates to the freedom of athletes to express their political viewpoint. 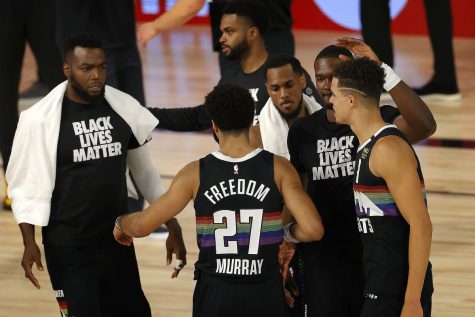 “I feel like it is good that athletes like Lebron James use their platform because social injustice is a problem as we all saw in the midst of the pandemic, people were marching and protesting. It is good that he made his opinions and feelings heard not just for himself but for black people in general. I think his actions were not only great, but it is commendable,” Robinson said. “Players in the NFL, NBA, MLB, and the NHL have the biggest platform in the world. The whole world is watching so they have the opportunity to introduce politics but if politics was hindering their game, that would be a different conversation but I think it is great that these players are successfully able to mix sports and politics.”