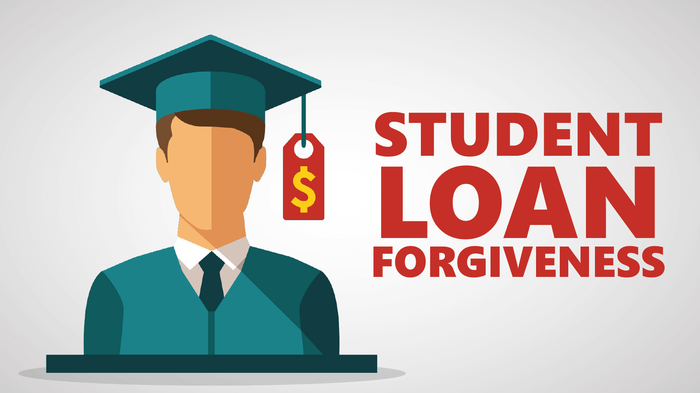 It is no secret that the coronavirus pandemic has dealt many blows to student finances over the past few months. However, student loan borrowers may soon be able to breathe a sigh of relief thanks to support from President-elect Joe Biden and his administration. As a campaign promise, Biden proposes making changes to federal student loans that could potentially relief debt for students while changing the loan process for future student loan borrowers.

Biden has publicly showed his support for a provision that was passed as apart of the HEROES Act which was updated by the democratic-controlled house on Oct. 1. The provision states that the state should pay off up to $10,000 in private, non-federal student loans for students who we are going through a difficult time financially. Biden specifically highlighted people who are forced between the option of paying their rent and their student loans and called for the relief “to be done immediately.” However, this is not the first time Student loan cancellation has been a hot topic of discussion. This plan was a major campaign strategy of Biden’s progressive rivals for the Democratic nomination, but it remains a topic of controversy among members of the Democratic Party. Senator minority leader, Chuck Schumer, cosigned a similar proposal by Sen. Elizabeth Warren to eliminate up to $50,000 in student loan debt per borrower in September.

The website further explained that Biden linked his approval of debt cancellation with the notion of lowering college education costs through governmental assistance moving forward. Biden stated that, “everything from community college, straight through to doubling Pell grants, to making sure that we have access to free education for anyone making $125,000 for four years of college.”

Lilandra Turull, Mercy College student, supports Biden’s proposed plan but emphasized that there is more that can be done by the government to assist students.

“Student debt is a massive crisis. Some may not look at it that way and in one breath might think it is a choice to take out a loan, but it is not 100 percent a choice. Society teaches us how important an education is and yet we are expected to go from children to paying thousands of dollars just to attend college to obtain a degree necessary for higher paying positions or dream careers,” Turull explained. “Borrowing money is a need to have a future and it is so unfair. College should either not be so expensive or there should be way more financial assistance from the government than there is.”

She went on to highlight a flaw in Biden’s plan and propose a solution that she thinks would be better for students like herself.

“While it is cool that Biden is planning on knocking off $10,000, if that is subtracted from a $80,000 loan, it will not even make a dent. The student debt crisis should be alleviated on a mass scale or altogether especially during this pandemic.”

Eli Brooks, also a student at Mercy College, explained how this plan could be beneficial to student borrowers who are struggling financially.

“I think that the Student Loan Forgiveness plan specifically where Biden plans to take off up to $10,000 off students’ loans is a great thing. School is generally quite expensive, but these last past couple months have been especially hard on all of us,” Brooks stated. “Most students work part time jobs to pay off these loans while they are enrolled in college full-time to graduate on time so that they do not accrue more debt over time.”

Brooks adds that the financial burden that the pandemic placed on students made loan repayment very difficult.

“Bear in mind that jobs were either taken away, completely shut down, or put on pause because of the pandemic and the economic turmoil that small businesses are facing right now. Imagine being in that position with loans hanging over your head. It is hard enough to try and pay thousands of dollars with just a part time job, but it became increasingly more difficult with many students being asked to repay their loans without any steady source of income.”

Brooks adds the plan is common sense at this moment. “I think this plan is not only generous but something that is needed to help students.”