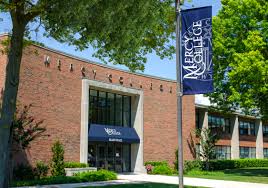 The world is living in an age where face masks and being away from people has become the normal. It has been officially a year since the COVID-19 pandemic started in Wuhan, China. As usual, the world treated the virus as another virus that has magically appeared to the world like other viruses such as Ebola and Zika. Most social media sites main talking point was about the virus and how it was very dangerous in China. A month into the pandemic appearing, a man in Washington stated he had COVID-19 like symptoms and checked into a clinic to be treated in Jan 2020. The man then revealed he was visiting family in China and was aware of a virus outbreak. The man proceeded to say that he wanted to make sure, he went to see a doctor and was concluded the first COVID-19 case in America.

From then on, the world and especially the United States were treating the virus as nothing and continued to live their life. It was the beginning of a change that would impact the world from here on out. Every day on social media, people would be tweeting about the coronavirus and the topic that sparked the first concern about our country was hand sanitizers. Most stores in the countries had sold out their hands sanitizers and people were worrying about being contacted in their city. Overtime, people started to wear face coverings. The country was getting to the point that it was getting serious. March 2020 will go down as the month that changed the world.

The WHO Organization declared this outbreak as a pandemic on March 11, 2020. Italy was the first country to be in lockdown as well as other countries in the world. The United States was barely deciding what to do. Businesses in the U.S started to shut down and required face masks when entering stores. New York State Governor Cuomo issued a quarantine and told people to stay in their homes and that obligated the NY residents to always wear a mask when you are outside of your homes. Schools were really impacted, and Mercy College closed right away when one of their staff was tested positive for COVID-19.

All the curriculums were transitioning into online work. The virus has changed the way how students’ study now. There was still Mercy College students that was angry at the school and many were worried on how the lockdown will impact the school’s cafeteria and going back home, especially international students. Seniors were not able to get a graduation ceremony to celebrate their accomplishment and it really impacted them. Most expressed that they spent the last couple years studying waiting for the moment to graduate and say farewell to their companions, but it was taken away from them. Mercy held a virtual commencement ceremony where seniors would see their name and picture.

Sandro Baylon, a student at Mercy, described his transition to online work.

“I’ve never seen anything like this before and it was really scary. I kept getting emails from Mercy saying they were going to close the school and to be caution of exposure to the virus and to always stay home. Staying home, doing classwork, and being laid off my work was very difficult. I pay attention in classrooms to understand what I am learning, but I can’t from home.”

Brian Reyes, a student at Mercy has also explained his view on the past nine months.

“It was tough but we are getting through it. Nobody has experienced something like this. I stayed home and did my classes online. I haven’t been on campus since March and had the real college experience yet. My main priority is concentrate on zoom meetings and do my work.

The summer was quiet for most universities but was an important summer for the country since the Black Lives Movement and protests around the country was happening. The school of Health and Natural Sciences also came together to protest at the Dobbs Ferry campus to show their support.
Soon it will be one year since the country has been in a state of shock and the question remains what will happen tomorrow, will the news of a vaccine will come quicker to be distributed to the country for and when will we return to a normal state.

As of now Mercy students will still be taking classes online as well as coming into campus safely wearing a mask and being able to participate with the school again.