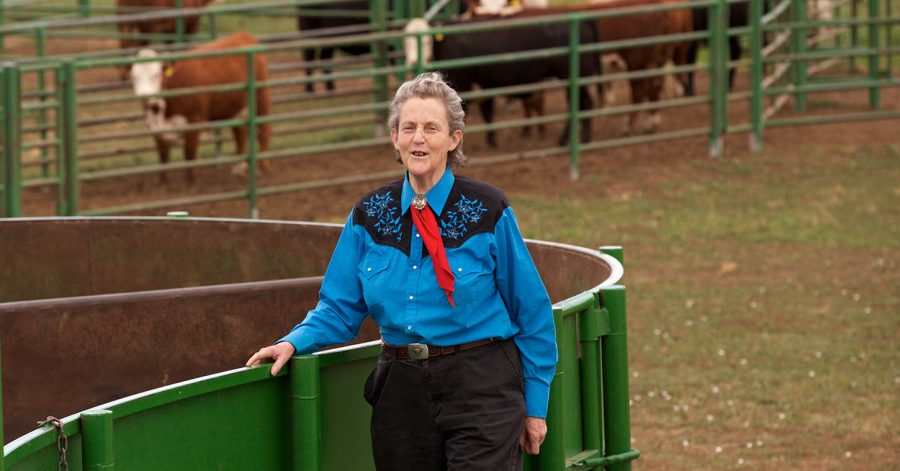 Until she was in her thirties, she thought that everyone saw things the way she did, in pictures, but that was not the case.

“When I was a little kid I had all the symptoms of autism, no speech until age four,” said Dr. Temple Grandin, during a zoom event hosted by Mercy College’s All Access Movie Club.

Grandin, 73, was born in Boston, Massachusetts, and is currently a professor of Animal Science at Colorado State University, specializing in cattle behavior and animal welfare.

Unfortunately when Grandin was born, autism was not easily diagnosable, and there were many unknowns regarding the disorder.

Grandin credits her interest in animals to the summer she spent at her aunt’s ranch in Arizona back when she was 15.

She was taunted endlessly as a child, and at age 14 threw a book at a classmate who was teasing her. After Grandin was expelled from Beaver Country Day School, her mother enrolled her in Mountain Country School, a private boarding school located in Rindge, New Hampshire that specializes in teaching children with behavioral problems.

It was at Mountain Country School where Grandin met William Carlock, a science teacher who once worked for NASA. Carlock became Grandin’s mentor and helped her improve not only in academics, but also her self-confidence as well. 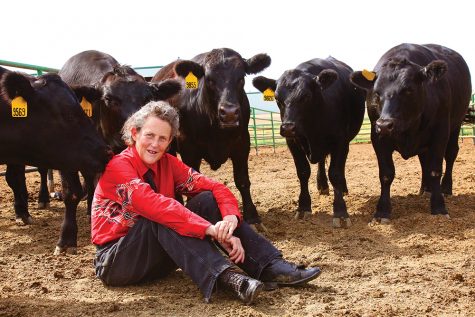 Grandin was not always a stellar student, but she credits her teachers with helping her improve.

“I was a bored student who wasn’t interested in studying. Until studying became a pathway to a goal,” said Grandin.

Because Grandin has autism, it allowed her to think differently than others.

“I’m a visual thinker. Everything I think about is a picture,” said Grandin.

For years, Grandin thought that everyone thought the way that she does, by seeing though and images in pictures. It wasn’t until later in her life that she found out just how different her way of thinking was.

“I had no idea I processed information differently until I was in my thirties. Absolutely no idea. I thought everyone thought in pictures,” said Grandin.

Grandin’s visual way of thinking allowed her to understand how animals think, because animals think very differently from people.

“An animal lives in a sensory based world, not a word-based world,” said Grandin.

Thanks to Grandin’s studies on animals, mainly cattle, she was able to come up with, and develop unique ways to help better the treatment of animals.

“I developed a very simple way to evaluate animal handling at those meat packing plants with an objective scoring system,” said Grandin.

Grandin claims she saw the biggest change to the industry in 1999 when she was hired by McDonald’s.

“I was hired to implement this scoring system, and I saw more change in 1999 then I had seen my whole career prior to that,” said Grandin.

Grandin’s early life and her career beginning were the subject of an HBO original movie titled “Temple Grandin,” starring Claire Danes. Grandin had high praise for Danes’ portrayal of her in the film. 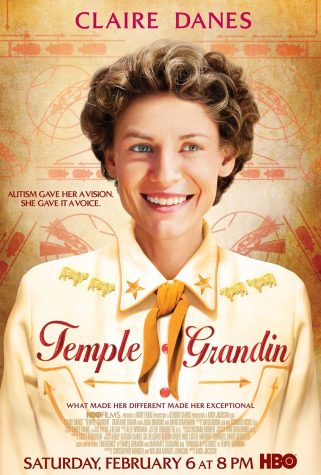 The film was critically acclaimed and was nominated for 25 awards, winning 12, including five Primetime Emmy Awards.

Although some may think having autism was Grandin’s biggest obstacle when getting into the cattle industry, it was something else that caused problems for her.

“The biggest obstacle for me starting in the cattle industry in the ’70s was being a woman. Autism wasn’t the obstacle,” said Grandin.

Although being a woman presented obstacles, Grandin knew what she had to do in order to overcome the obstacles in her path.

“I had to make myself really good at what I did, and a very big motivation I had when I was in my twenties was I wanted to prove I wasn’t stupid,” said Grandin.

Grandin has certainly proved to everyone that she is not stupid, but is one of the most intelligent and hardworking people in the cattle industry, while also bringing awareness to autism.

“Keep pushing,” she added. “Keep striving for what you believe in.”