‘Tis the Season for Challenging the Election 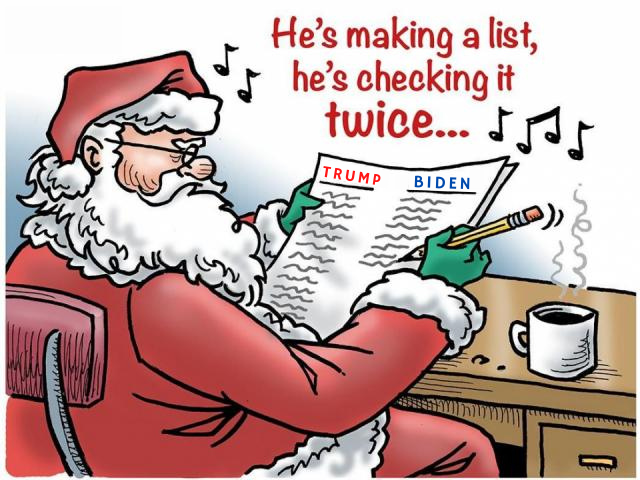 As a followup to the previous article published by the Impact, “And the Winner of the 2020 Presidential Election Is . . .” Mercy College faculty members offered insight and reflection regarding the election season and post-election voter fraud controversy.

During the presidential debates, President Donald J. Trump accused the mail-in-ballot system in America of being flawed and corrupt. He predicted a potential issue with fraudulent votes and urged all Americans to vote, suggesting that they keep their eyes peeled for suspicious activity during all electoral processes.

Professor of History and Chair of the Humanities Department, Robert Murray, Ph.D, believes that the mail-in ballot system has the reputation for being corrupt because of most Americans’ unfamiliarity with it.

“For most, in-person voting is seen as normative (that is, “voting”) and thus, anything that does not look like that is seen as abnormal (or “suspect”),” he said.

After initially losing the electoral college vote, Trump contested the results of the election. He believed that there was widespread fraud throughout the country and intended to take legal action to make sure it was exposed and corrected.

“The combination of a sitting president claiming that he actually won an election and is only being replaced due to widespread fraud is fairly unique,” said Murray. “But there are many elections historically that have been contested or had peculiarities. Most recently, the Bush vs. Gore election in 2000 comes to mind.”

Professor of History and Program Director, Maureen MacLeod, touched on another of America’s peculiar elections with similarities to the current.

In the 1876 election, Republican candidate Rutherford B. Hayes ran against Democratic candidate Samuel Tilden, and during that era, the two parties were nothing like they are today.

“There was historic voter turnout in the 1876 election and the decision of who would be the next president was not determined on election day, but long after,” MacLeod said.

The turnout was also historic in the current election. The 156 million votes cast is not a statistic to take lightly. Much like in 1876, the winner of the election and next president of the United States has yet to be determined to some.

Professor of Political Science and History, Frederick Shiels, noted that since the election in 1900, there hasn’t been another with as high a voter turnout percentage until the current election which reached 66.5 percent.

“This was by far the heaviest voter turnout in a United States election in my lifetime. Of course, this number was elevated by the early voting and the mail-in voting, but this is a quantum leap,” said Shiels.

A large voter turnout was also aggressively propelled by the excessive promotion of the election. On sports networks, at award shows, and in practically every advertisement on YouTube, the importance of voting was plastered.

Macleod aligns with the importance of voting posed by the media during the current election and strongly encourages Americans to trust their vote going forward.

The Electoral College has affirmed Biden’s victory, but Trump has not conceded the election, awaiting the litigation results from the Supreme Court.

Despite an American population that split in the beliefs of whether the results are fraudulent, Mercy’s professors are in full support of the Electoral College’s results.

In Shiels’s words: “In every election, there’s going to be minor fraud. In this election, it was not a game changer in any way. Trump continuing to contest the election is deluded and theatrical, as the system prevails and Joe Biden will be the next president of the United States.”