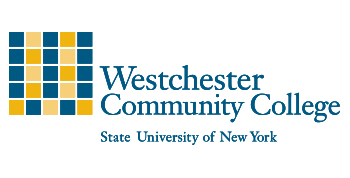 Last year when the pandemic erupted, a lot of places shut down permanently in the beginning when the numbers increased such as government buildings, malls, movie theaters and gyms. As the cases got worse, and more people were catching the coronavirus, most of the colleges were shut down until further notice.

Westchester Community College shut down in class sessions and they haven’t reopened ever since. They switched to remote learning until it’s safe to come back because they don’t want the students to catch the coronavirus, it said.

Ndeye Arame was a previous full-time student who attended Westchester Community College in 2015. However, her grades started to suffer which caused her financial aid to be taken away, which made her drop out of college and focus more on working and making money.

“I realized that there’s more to life than working for these companies that don’t treat people well and don’t pay enough,” Arame said.

She also stated “I was working two jobs at Victoria’s Secret and Sam’s Club, where I worked early in the morning at my first job then after my shift ended, I had to go to my second job in the afternoon and close.”

“It was hard and stressful because I wouldn’t get enough sleep and I was tired all the time, so I made the decision to quit both of my jobs and re-enroll for fall classes,” she said

Things were going well for her, she was doing well in her classes and until the entire campus shut down and they changed the in-person classes to online classes. Ndeye wasn’t thrilled doing remote learning because she’s never taken online classes so all of this is new to her.

Everyday, Ndeye had to wake up, open her laptop and start a zoom session. She wasn’t too comfortable when it came to turning on her camera because she wasn’t dressed yet or prepared.

“I don’t think it’s right for the students in the class to have their camera on because we’re already present in class,” Arame said.

She also states “I’ve had one classmate that was very disruptive in the zoom session because their kids were in the background making a lot of noise and she would yell at her kids when they started acting up.”

The professor would kindly tell her to keep the noise down and told her to take your kids in the other room and she would get so mad and started yelling and cursing at him, which made her leave the zoom meeting.

“It was super frustrating having to deal with another student being rude and obnoxious in the session and she was being inconsiderate of her other classmates trying to pay attention, she was holding up the class time,” Arame said.

Other than that, when it came to purchasing books for her classes, she wasn’t able to buy them at the college bookstore due to the permanent shut down.

“I had to pay out of pocket which I couldn’t afford so I had to max out my credit card just to buy those books because I had no other options, it’s either pay for these books or fail my classes,” Arame said.

As the weeks went by, it’s been very challenging for her to keep up with her online classes because it’s not the same when she’s in person seeing the professors and classmates face to face.

“I prefer in-person because I’m an extrovert. I’m a fast learner on campus where I can understand everything the professors are saying to me and I don’t lose track,” she said.

“I also feel like the professors don’t meet me half-way in the remote learning and I feel like I’m not getting anywhere with them.”

“People like me still haven’t received their refund checks and it’s not fair – it’s bad enough that we’re all struggling with our online classes but now the college doesn’t want to send us our checks to help pay our bills, it infuriates me.”

It got to the point where Ndeye had to take a semester break because she couldn’t take the stress of having to deal with her classes that she’s not able to keep up with the work and it was affecting her mental health and well-being.

“If there’s no resolution of Westchester Community College reopening then, I’m just gonna have to reconsider transferring to a different college” Arame said.