Taken Too Soon by COVID-19: The Passing of Marc Delfavero 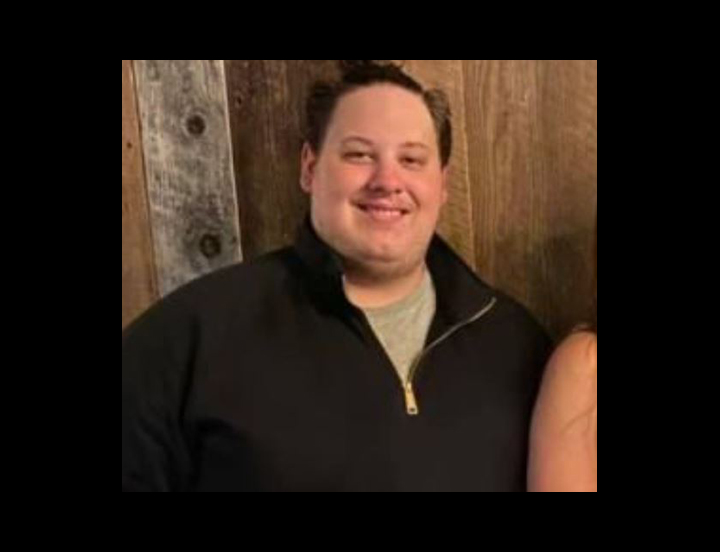 Marc Delfavero was a smart, fun and loving young man. Passionate about his family, the 21-year-old criminal justice major at Mercy College could brighten up the mood in any room he walked in. But unfortunately, Delfavero died on Tuesday, March 23, 2021 of heart complications related to COVID-19.

After completing his associate degree in Criminal Justice from Westchester Community College, Delfavero came to Mercy College to continue his education majoring in criminal justice. While he decided back and forth between career paths in the field, he leant more towards becoming a police or correctional officer as he strongly supported the police and the military, as he came from a military family.  Living in Mahopac, he worked as a security guard.

“He wanted to be the type of person who helps the community and helps the people,” said his mother, Ann-Marie Holden.

“He was very smart and succeeded very well in school,” says Holden.

Over the course of his life, Delfavero had many different possible career paths but always was passionate about every one. When he was younger he wanted to be a property owner/builder. Inspired by Donald Trump’s hotels, Delfavero wanted to build as many properties as he could to and become a high-end businessman. Then as he got older, he was into a love of soccer which trickled down on the family and everyone had a love for the sport. When in high school, he played school football where he injured his shoulder and suffered three concussions, which forced him to stop playing contact sports, per New York States guidelines.

Though he played a sports as high-powered as football, he is remembered by his family as the nicest and loyal man in his everyday life. Growing up in a big family,  he was taught to honor family which rubbed off on him as he lived his life being fiercely protective of his family as he was taught at a very early age to value family values and care about his loved ones. Growing up half Italian, he practiced traditions such as the seven fishes and having big meals with his family and loved ones. With over 19 cousins alone coming to Christmas dinners, which are always hosted by Holden.

“Everything he did, he had his family in mind,” Holden says. “Even though he was the jolly green giant, he was a huge teddy bear and had a heart of gold.”

He met his girlfriend, fellow Mercy College student Sierra Champaign, online in May of last year and after two months of chatting, they decided to go on their first date on July 2 of that year. The relationship got serious very fast between the two as they met both of their parents within the same week of their first date, and on July 29, they officially began dating and were inseparable ever since.

Delfavero, a resident of Ridgefield, Conn., was living at home and taking remote classes when he tested positive after showing flu-like symptoms, his mother.

He tested positive for COVID-19 on March 11, the same day that he started showing symptoms according to Holden, who says that at first he showed common flu-like symptoms such as a head cold and congestion, cold, chest and body aches. Holden said that as the days went on, he started experiencing heart and breathing problems that caused him to become bed-ridden.

“When I asked him if he wanted to go to the hospital, he said absolutely not,” Holden says. “He told me that he had the flu worse than this.”

However, as time went on, he began saying that what he was experiencing was like the flu but ten times worse and the Friday before his passing, he began having difficulty breathing, with mom assuming that the from lying down for the past couple of days and the pressure from his chest was making it hard for him to breath. Holden told him to sit propped up on a chair to relieve the pressure. Initially, it worked and his breathing began to get regulated noticing this, Holden recommended he sleep propped up on his stomach and not his back. She told him this after reading articles about coronavirus patients sleeping on their stomachs to help regulate their breathing, but he refused and continued lying on his back. At 4 a.m. that Saturday, Holden received a text from her text who was in the other room stating “I need to go” so after finding him struggling to breathe on the edge of his bed, his sister took him to the hospital.

When he arrived at the hospital a chest X-ray and CT scan was performed on him which revealed that he had coronavirus pneumonia in two thirds of both lungs. Unable to transfer him to an ICU bed at the hospital, doctors recommended him be transferred to a hospital in Danbury, Connecticut, which his mother refused since his physician is in Northern Westchester and she wanted him transferred there which doctors granted and he was transferred to an available ICU bed there. There he was put on a by-pat machine where he facetimed his girlfriend and Holden and his oxygen levels were above 95 percent.

However, by Sunday his o2 levels dropped between 70 and 80 percent and was intubated after initially being propped up and transferred to a different breathing machine.

After pulling some strings, Holden was able to get doctors to perform a ECMO procedure on Delfavero, which entails taking out the blood filtering out the carbon dioxide and placing the healthy blood in him again. However, after starting the procedure, his blood began clotting which led to him having a heart attack.

ECMO exams are performed two ways. One for the lungs and one for the heart which is the same procedure. Doctors were only performing it on Delfavero’s lungs so when he had his heart attack, doctors began the procedure on his heart. However, after 20 minutes, after the procedure he had passed.

However, since the COVID-19 pneumonia was in more than two thirds of his lungs at the time of his passing, the ECMO only gave him a 35 percent chance of survival. When Holden asked nurses if the procedures were not performed would he still have passed, the nurses said yes.

“She said this procedure is not going to save his life, it’ll only give him a fighting chance,” says Holden.

During his entire hospitalization, his family was not allowed to see him due to COVID-19 protocols.

Delfavero dedicated his life to helping others and keeping his family safe. Holden recalled the times that he would help out a cousin in need and keep him safe. During Delfavero’s wake, the mother of the cousins came up to her and said,  “I need you to know he saved my son’s life and he will always be our hero,” recalls Holden.

She, like the Mercy community, will miss him deeply.

“He was a fun, loving young man and taken way too soon from us.”