Opening My Eyes To The World 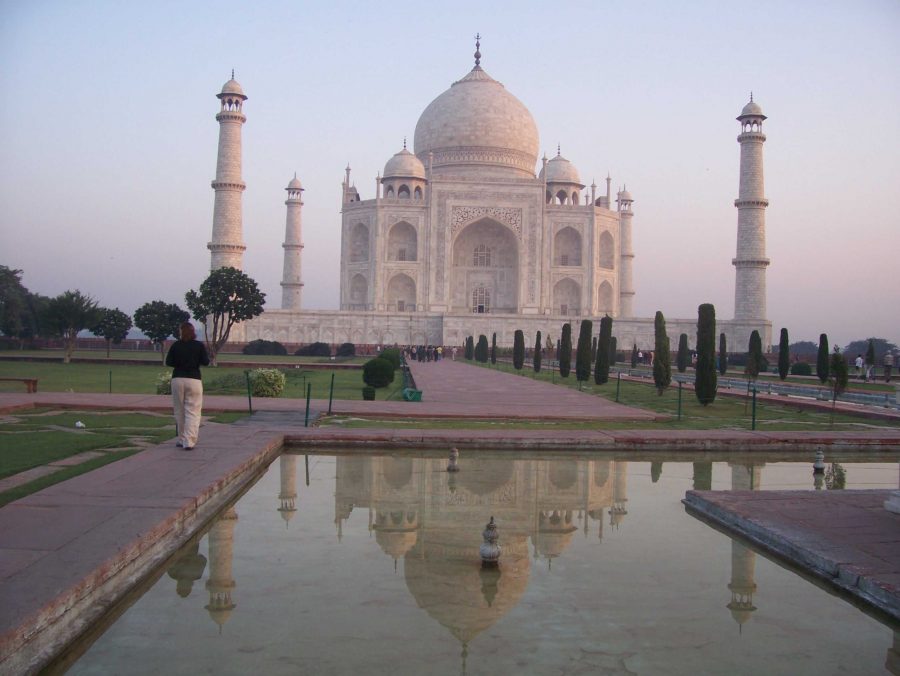 I can easily say I’m not the same man today I was before this experience. Many study abroad to take a vacation and see the known sights of the world. But few travel to lands that give he or she new eyes to look through for the reminder of their lives.

Last year,  I embarked on a journey around the world through a program called Semester at Sea. All of the stops were amazing experiences and I will always remember each one but there were a few countries that I knew were changing my life even before I left them – Morocco, Ghana, South Africa, and India.

In those places, the quality of living was in such harsh conditions that I’m sure 99 percent of Americans couldn’t begin to imagine the hardships.

In every country there are the rich and the poor, and there are those with healthcare and those without it, but there are so many countries that the separation from the wealthy to the middle class and the poor is such a huge gap that life is unimaginable because it is nearly impossible to make a change. The United States is really one of the only countries were anyone can go from nothing to everything with hard work and commitment.

As I traveled these lands, I saw a happiness to just be alive, even though the locals were surrounded by poverty, sadness, death and hopelessness.

For those that have never visited these types of countries, no matter what you read or watch, it could never be understood until it is seen in person. Before I went on this trip, I saw movies like Slumdog Millionaire and watched documentaries and thought how lucky I am to live in the United States. Yet, when the films were over, so was my experience. Until, I actually saw it with my own eyes.

When I entered Morocco and it soon became evident that this life I came to know so well was the true fantasy. The real world stood in front of me so cold and afraid, in the shape of a small woman dressed in rags screaming, crying, begging me to take her new born infant and bring her anywhere but the place she was. Her child, the one she carried for nine month in her feeble body,  was everything she lived for. She wanted to give it to a man she didn’t even know because in her world, any chance at all was better than the future she expected.

It was a haunting image I’d never forget.

In the United States, if a young child is even left alone at home, one could face charges of neglect and endangerment. But as I traveled, it became the norm to see children, barley able to walk, roaming the streets just looking for something to eat.  Not even the police were willing to help these “street kids,” in fact, in many countries the police don’t really help anything. While I was in Ghana, friends of mine were actually ambushed by police squads with guns drawn for no reason at all other than looking for a bribe from what they saw as wealthy Americans.

As well as in India, when a late night attempt to see the Taj Mahal for sunrise turned out to be the scariest yet most impactful adventure of my life.

As our plane landed in New Delhi, my traveling group was informed that if we want to see the Taj Mahal at sunrise, we must go to the train station immediately and take the overnight train there. So we went to the cab station and what seemed to be hundreds begged for our business as we split into two groups. As me and my three companions arrived at the train station, the other cab was no were to be found. An hour later, we found the remainder of our group walking down the street as their cab insisted they buy some trinkets, and when the idea was refused, they were kicked out. We made our way into the grounds of the train station and were greeted by a rubble-filled parking lot covered with bodies of the homeless, and even the dead.

Right as we walked up to the building a crew of uniformed men with hoses and batons appeared and wanted everyone out.  A small riot broke out as the frightened locals with no place to go scattered. We feared for our lives and ran. I saw a child, around 10 to 13 years-old, with his foot mangled and poorly bandaged sleeping in a corner alone. The uniformed men sprayed him with the hose. As he struggled to stand, I felt everything inside me crumble.  Amongst the chaos, my vision tunneled and my mind went blank as the reality of what was happening hit me.

I was broken from this daze by a friend informing me they had found someone that said they could take us to wear we needed to go. As we blindly ran following this stranger, he brought us to the outskirts of the chaos to an awaiting cab. This helpful stranger suddenly became pushy and demanded we get in, and as we looked around we were surrounded by men. Realizing we were again in danger, we spotted a uniformed soldier and broke through the crowd towards him. He looked at the crew behind us and made it clear he would be of no assistance.

The men pursued us. No cab drivers would help. Our lives were likely in danger as we were likely to be robbed, and who knows what else.

Finally, with a hand full of cash, a driver stopped and we all rushed in to the cab. He took off as the men ran behind us. Then just like out of an old movie cliché, we only got so far and with the men closing in the rear view as the engine suddenly died. As the men continued to approach, it started again and we pulled into a high class hotel, complete with 12 foot walls and a team of security. Forced with no other options, we were suddenly delivered out from a nightmare into the lap of luxury by merely crossing through a fence.

But that did not stop our task at hand. We quickly bribed a hotel worker to drive us through the night to accomplish our goal, and before we knew it, we were in a Mercedes van and on our way. Two hours later we were there. As we made our way through the hundreds of poverty stricken locals begging us to buy all sorts of random things, we went inside and were revealed a breath taking sight that words couldn’t describe.

Even though it was merely a building, as we sat and stared and the sun rose, I could not imagining anything more beautiful.

The rest of the trip seemed to fly by. Vietnam. China. Japan. Hawaii. Beautiful. Yet I couldn’t forget Morocco and India.

When I returned to San Diego, my family was waiting for me. As I said my humble goodbyes to my friends, I would never forget my tearful reunion with my family. It was priceless on its own, as I reintroduced myself to the ones I loved. I was different. Still am.

I am so grateful to of had this experience that nothing will ever probably compare to it.Not a day goes by that I don’t think about what I learned and saw on my journey around the world, even though it left me with no money. Yet I realized it’s not money what those people lacked, it was a sense of security, freedom and inner warmth.  I think about them often. I thank them for what they’ve taught me.