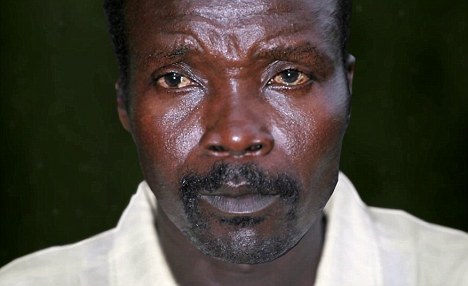 A new video has gone viral and is bringing attention to Uganda’s Rebel leader Joseph Kony.

The video made by a US based group,  Invisible Children is called KONY 2012 and hopes to raise awareness and support to capture Kony and bring him to justice. Messages tagged #sop kony 2012,#make kony famous,#Uganda,were trending topics worldwide and captured the attention of several celebrities hat were tweeting their support and urging heir followers to view the video..

Invisible children was started by three American photographers who had travelled to Africa to do a documentary on the war in Darfur and while they were there they learned of Joseph Kony and his atrocities.

Joseph Kony is a Ugandan Rebel leader of Lord’s Resistance Army. Joseph Kony and the LRA have terrorizes people of Northern Uganda since 1986, Kony’s massacre sipped through to South Sudan and the Democratic Republic of Congo.Kony has captured an estimated 66,000 children and displaced over 2,000,000 people since 1986.He captures little boys and forces them into becoming child soldiers and forces them to kill and mutilate people’s faces, he takes young girls and makes them sex slaves for himself and his soldiers and forced to bear their children. In 19992, he captured 44 young girls’ two senior schools in northern Uganda. Joseph Kony believes to be a spiritual medium, his followers think God speaks through him and he wants to rule the East African country based on the Ten Commandments.

Invisible Children started a campaign to end Kony’s rebellion.  They went to different countries, communities, congress and appeared on Oprah in an attempt to make people aware of who Kony was. They  also built schools in Northern Uganda for kids.

What they are doing is good but lets not forget here are also very many Ugandans and African that have been working tirelessly to help in bring an end to the rebellion to an end, although their role is not acknowledged in the video, a lot of people in the African region continue to fight to bring Kony to justice.

Kony has on occasions promised to sign a peace treaty with the Ugandan Government, the last time being 2006, but he eventually backed out saying he needed more time to consult with his elders especially after the arrest warrant hat had been issued by the ICC.  It is after his failed peace treaty that Kony is believed to have escaped from Northern Uganda.

Children in villages where he raids walk miles to escape capture.  Those who are captured and try to escape are punished severly, his punishment methods include cutting of lips, noses, fingers and breasts.

In October 2011, President Obama sent 100 armed advisers to help the Ugandan military capture Kony and his rebels. The International criminal court (ICC) has issued an arrest warrant for Kony for crimes against humanity that include murder, enslavement, rape and 21 counts of war crimes.

Personally, I am surprised that the world is only learning about Kony now, someone who has been terrorizing masses of people for over two decades, but then I stop and remember that people actually don’t know much about Africa, not the good or the bad. But I hope Joseph Kony is stopped once and for all, brought to justice so people of northern Uganda and across the border where Kony still continues to terrorize people can finally live in peace.