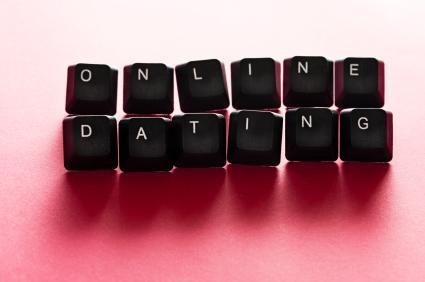 Even though online dating is still a new way for people to connect with each other. It is now surpassing relationships that are created at work, at school and through mutual friendships.

According to Mashable.com, “The industry has doubled since 2007. In the year 2012 40 million people used a dating website to engage in a relationship. 40 million people in revenue that equals $1.9 billion annually. But the question still stands, does online dating result in relationships or marriages?
According to Northwestern University research, “Online dating depends largely on ineffective problem solution and profiles for finding potential love interests.”

When it comes to online dating I am no stranger. I’ve been on Match.com and on How About We.com. I did meet someone on Match.com, but we were over each other by March of 2012. When I met him I thought we had a lot in common based on what we both wrote about ourselves. When I met him for the first time he was the same person in his profile, thank god, but he had a fascination with knifes and swords. Also he was a die-hard video gamer.
I could probably survive with the fact that he loved to play video games, but the knife/sword collection is taking it to another level. Let’s just say that was a “deal breaker.”
After we broke up, I promised myself I would be careful when meeting people on and offline. I have no problem where a couple met whether it be online or in real life. I have a problem when people (especially women) who think they met their future husband or long term partner off-of dating websites before actually meeting them.  This “husband” of yours might be a ‘catfish.’

For those who do not know a catfish is a person who makes a fake profile with photos and information that were once owned to a different person. A recent ‘catfish’ experience would be Notre Dame’s star football player Manti Te’o’s fake girlfriend hoax.

Now these fake profile cases are not new. In 2010 a movie documentary showed a man who met a woman named Megan on an online website. The woman was not who she said she was. Fast forward to 2012 when MTV aired a new TV series called you guessed it “Catfish.”

Even if they are the person in their photos and you spoke on Skype or FaceTime, do you really know them? I mean, are they all there in the head, or are there lose screws falling about?

Many media outlets reported last month about a a woman name Mary Kay Beckman is now suing match.com for $10 million after the online dating service paired her with a man who stabbed her 10 times in the face and chest and almost killed her.

The man, Wade Ridley was arrested afterward. Know this is where the story gets interesting. She went on a few dates, what does that mean? Well the YouTube channel “The Young Turks” reported this story and said she when on eight dates with Ridley.

My first reaction was sorrow and grief for this woman, but when the said she went on eight dates I could only say, why? She didn’t have to go on the first, second or third date let alone eight.

Beckman is suing Match.com because she thinks that the website matched her with the wrong person. On Match.com’s Terms and Uses, it states in bold print, “You are solely responsible for your interactions with other members. Match.com currently does not conduct criminal background checks on its members…”

What happened to Beckman is tragic, and if convicted, I hope Ridley services life in prison. When it comes down to Beckman’s $10 million lawsuit, the terms and uses deliberately state “we do not check criminal background checks.” The research, or better yet the use of judgement, is up to you.

When it comes to falling in love online or off, how far would you go to express your love for someone else. Well according to an article from the Daily News, it only takes 24 hours.

The article states that a Russian woman let her new boyfriend of 24 hours who is a tattoo artist ink his name on her face. The girl Lesya met Rouslan in an Internet chat room and they say they are “head over heels in love and engaged.” Besides his name spelled out in giant gothic letters Lesya has another tattoo Rouslan did that says, “All For Love,” which is above her eyebrow.

For Rouslan this wasn’t the first time he tattooed something on a girls face. In 2009, he was accused of tattooing 56 stars on an 18 year olds face when she was asleep. She later said she only wanted three stars near her eye.

Now, how stupid are you?

I don’t know anyone who is take much in love with someone who would destroy their own face for ‘everlasting love.’ This girl Lesya had a beautiful face before Caption Ink Rouslan got in the way. And they are engaged! Who gets engaged after 24 hours or 72 hours or a week? Who does that, oh wait, these two.

Anyway, I hope everything works out with you two (not really).

After ranting about the boyfriend who inked his girlfriend I came to realize these two people formed a relationship and an engagement that was started online. So to answer my question at the beginning does online dating lead to relationships/marriages, well in this bizarre yet infatuating case yes, because Lesya and Rouslan fell in love online, they became a couple and they are now engaged.

For the people who have found their significant other online, good for you, I hope all goes well in your relationship. For those who are dating online, I will say this, sometimes online relationships work sometimes they don’t. However, always be alert when you are engaging in conversation. Don’t trust the person you are talking to if they decline talking to you via Skype, on the phone, or in person. Finally don’t assume you will end up marrying the person you met.