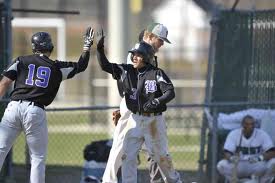 “Teams Helping Teams” has been the motto for Mercy College athletics since the beginning of the semester. When an in season teams have a game, an off season team has to volunteer and help work at the game.

Either the players have to help work the time and scoreboard, serve as a ball boy, or work at the admissions desk for a game. Staff to work the games is short handed, and sometimes there are two and three games in a day. The coaching staff and athletic management have pushed this program and are trying to make it mandatory.

Many athletes have different view this mandatory volunteer work.  Some feel it creates team spirit and synergy amongst athletes. Others feel that it is a “waste of time” and they should not have to go to a game that they are not a part of.

One player spoke about weekend commuting to a watch another team’s game instead of working on a project for class.

Coaches have spoken positively of the program and its benefits.

“It is certainly a good way to get the athletes involved with one another. It also is a good way to build team chemistry outside of practice with mixing guys up and helping at these events. I make sure my guys are at the games helping because we would love to have that same support when our season starts up in November,” says assistant coach Tracey Lewis of the men’s basketball team.

Amber Harris, who is a member of the women’s basketball team, frequently helps out at all the sporting events. “It is a great way to get to know your peers and other coaches in school. I go to all the games to support my friends regardless of the ‘Teams Helping Teams’ operation. The whole thing doesn’t bother me at all.”

Not every athlete feels as strongly about the idea that mandatory “volunteerism” isn’t really volunteering at all.

“I have my own team to worry about.  It is impossible for me to worry about my own practices, my home work, and another team’s game schedule,” stated a Mercy athlete.

A student manager of one of the teams said, “I do not even play and I have to be here. I feel like I’m managing more than one team, which I did not sign up for. I don’t understand why they don’t just hire help for about $20 a game. They wouldn’t be short handed then.”

Another athlete wishing to have his or her name withheld stated, ”

“I do attend, help, and support the teams sincerely when I am there, but ultimately do I want to be there? No.”

Some feels this program actually benefits the players playing in the games, while others feel  it creates a distraction having players from other teams help at the games. A majority of the players interviewed said that it actually helps the game environment. Seeing all the other athletes there helps create that home court or field advantage and gives them that extra edge to compete.

The athletics department has tried to implement this “Team Helping Team” way of thinking in the past, but it was not successful.  In the past it was looked at as more of a suggestion and not as mandatory, as it is now.

Some coaches have taken it a level further and implemented a consequence to their teams if they do not go and help at the games.

Kirk Bailey, a member of the men’s basketball team, said, “Coach checks to make sure that we are there (at the volunteer games) so it is not a good idea to even try and skip helping at the game. Actually, we make sure that everybody comes to the games so we don’t have to do the extra running in practice.”

As of right now the “Team Helping Team” movement is not a permanent solution. Some players have even  brought it up in athletic meetings to not make it as mandatory as they are now. They want volunteer work to be just what it is – volunteer work, without penalty for absence.