OP/ED: The Price of Death 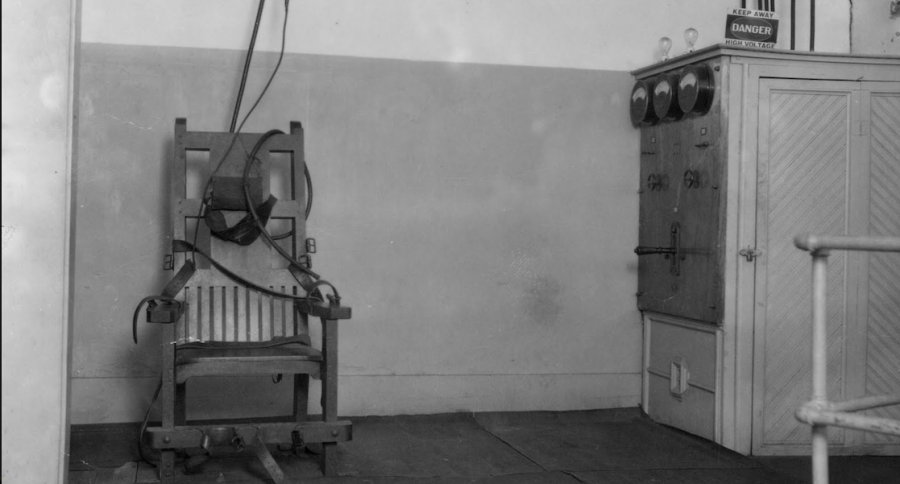 Capital punishment has been a part of human history ever since any form of records began, and now the time has come to decide whether this form of punishment should remain part of our human heritage or whether it is a barbaric part of history that should have died out after the horror of the holocaust in Nazi Germany.

On April 15, 2013, two brothers who emigrated to the United States as refugees in 2002 left two bombs hidden inside backpacks near the finish line of the Boston Marathon which exploded, killing three people and leaving a reported 264 injured or maimed. The brothers Dzhokhar and Tamerlan Tsarnaev were born in the former Soviet Union, became avid followers of radical Islam and claimed that their motivation for the bombings was jihadist in nature. Tamerlan was shot dead by police four days later after he also killed a MIT police officer. His younger brother was found heavily bleeding on a boat five days after his brother was killed.

Dzhokhar reportedly told the FBI that he and his brother were angry about the U.S. wars in Afghanistan and Iraq and the killing of Muslims there. He also claimed in a note that the bombings in Boston were in retribution for the crimes committed by the U.S in the Middle East, and that the victims of the Boston Bombing were collateral damage, the same way innocent victims have been in U.S wars around the world.

Dzhokhar was charged with “using and conspiring to use a weapon of mass destruction resulting in death” and many people are calling for capital punishment. But should our emotional response to this terrorist attack blind us to the appropriateness of the criminal penalty to be sought?

In my opinion, no.

With capital punishment around the globe slowly coming to end, why do Americans (who are the only country in the Western hemisphere to have carried out an execution in the last ten years) feel the primal need to enforce it? While Serial killers and mass murderers destroy the lives of individuals, families, and their friends, and it would be human nature to want to get some sort of revenge, I think this is the wrong way to console someone in the grieving process of losing a loved one. A life without parole means that the perpetrator has to spend the rest of his life in a prison with no chance of ever leaving. This person is confined to a single location and can never cause harm to the public again. I feel that this gives the families and friends of victims the closure they need and deserve rather than the instant satisfaction, and then remorse, of capital punishment.

In the case of Dzhokhar Tsarnaev, he is a 20 year-old immigrant who came to America to seek asylum when he was only nine years old. He followed in his brothers footsteps in becoming a follower of devout Islamic radicalism, and it is unclear whether he was the main perpetrator of the actual bombings or if it was his brother. So is it justice to kill him, or let time be his eventual killer whilst he rots away in a prison? The injured members of the public and the families of those injured want revenge, and it is impossible not to empathize with them and understand the way their life has been altered, but is it humane to sentence another man to death?

On Feb. 6, a woman convicted of torturing and killing a mentally impaired man she lured to Texas with the promise of marriage was put to death last week in a rare execution of a female prisoner. The woman was on death row for 16 years and was constantly fighting a legal battle with the judiciary system. This battle cost her and the U.S. government a hefty sum of money to settle on a sentence and to keep her on the green mile for such a long time.

A United States Court study on the cost and quality of defense representation in federal death penalty cases states the average cost of defending a trial is $620,932, about eight times that of a federal murder case in which the death penalty is not sought. This is an insane amount of money that could have been spent on putting the perpetrator in a federal prison.  A study found that those defendants whose representation was the least expensive, and who thus received the least amount of attorney and expert time, had an increased probability of receiving a death sentence. Defendants with less than $320,000 in terms of representation costs (the bottom 1/3 of federal capital trials) had a 44 percent chance of receiving a death sentence at trial. On the other hand, those defendants whose representation costs were higher than $320,000 (the remaining 2/3 of federal capital trials) had only a 19 percent chance of being sentenced to death. Thus, the study concluded that defendants with low representation costs were more than twice as likely to receive a death sentence, which is unacceptable. The amount of money spent on these cases should be capped at a certain limit because in some extreme circumstances it could going against the right to a free trial.

Ultimately, the people on death row will always fight, and it will cost them both financially and inevitably their lives. Now many of you may be saying good riddance, but the families of the perpetrator may not be bad people and deserve the compensation for their emotional pain too. Having the accused spend all of his money away on an expensive attorney can hugely affect the family, and in most cases is an extreme waste.

I believe that no matter what crime you committed, you should be sentenced to a set term in prison and, depending on the crime, should be kept in either a solitary location or maximum security facility.

The common consensus in Britain is to deny the perpetrator the release of death and to lock him up for the rest of his life in prison. In the case of Tsarnaev, would he come to realize just how long a lifetime can be when it has no meaning, no joy, no hope of accomplishment? It’s safe to say that he would eventually be forgotten, and the infirmity of old age would take him. This is far preferable to the few minutes or seconds it takes to die.

Revenge is an instinct that humans are born with, but closure is what they deserve.