OP/ED: Is that rape? 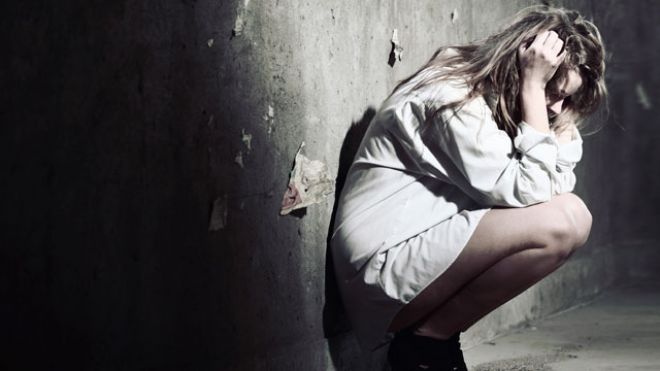 A young woman recently turned to Reddit to ask for help after the violent way she lost her virginity, and I inadvertently started a firestorm by asking the question “Is that rape?”

The woman goes into graphic details explaining her encounter with the man she only names as “M” whom she had been dating for about a month. She states that she has had trust and anxiety issues but at 23 she finally found out it was time to lose her virginity.

“I thought I had finally found someone special, he was always a gentlemen always very kind and considerate, after we were making out, I decided it was time I finally lost my virginity,” she said

Right off the back, she says “M” tried to convince her not to use a condom, ensuring her that he would use the pull out method instead. That cliche scenario many young women have dealt with, usually reserved for high school boys who promise that nothing will happen.

“I told him under no circumstance would I agree to have sex without condom. I informed him that I was not on the pill and I had never had sex before. He agreed and promised to be gentle,” she said

The woman who posted under the screen name zmohhh then began to describe the explicit details of the night, which in short was rough intercourse that ultimately resulted in “M” secretly removing the condom and proceeding to have unprotected sex with the unknowing victim. She describes the encounter as painful and violent, but she tried not to say anything because she didn’t want to ruin his evening.

“Not wanting to disappoint him, I tried to ride out the pain, but when he increased his pace, I couldn’t stay quiet anymore, and told him to slow down and that he was hurting me,” she said

When she finally noticed what had happened, she says she had a meltdown and forced “M” to drive her to a pharmacy and purchase the morning after pill. Zmohhh was visibly shaken and had expressed her concern about STDs and pregnancy. He was unapologetic and angered by this, and had told the victim he was clean.

“It didn’t all catch up to me until I got home. I burst into tears the second I got to my room, I scrubbed myself off but could still smell him on me,” she said

After reading the story, I had felt very sorry for zmohhh. She had a horrible experience and she felt violated and unable to trust anyone again. She blamed herself for what happened to her and I couldn’t help but want to reach out and hug her. After scrolling down to the comments section and noticing many people encouraging her to try and press charges against “M” for raping her.

Zmohhh admitted she didn’t ever tell “M” to stop and consented to having sex with him. Confused, I posed the question to one commenter, “Is that legally considered rape?”

That little question got around 33 downvotes and many angry responses saying that Zmohhh had only consented to protected sex, not unprotected sex. As a woman, I do feel as if Zmohhh was assaulted by the violent encounter, but until reading the comments, I didn’t consider the encounter to be rape. Many commenters pointed out various court cases where victims of similar incidents had successfully gotten rulings in their favor.
Courts in the UK have determined that if a man does something during sex that he agreed not to do, he can be changed with and convicted of rape, even if the woman agreed to have sex. Canada has passed a law that makes it illegal to sabotage condoms. There are also laws in the United States that protects against sabotaging condoms and knowingly spreading STDs.

A new controversy is arising by men who want the same rights that are given to women, such as when women lie about being on birth control so they have have unprotected sex. Currently, there are not any laws in place that protect men from women who lie about birth control.

However, the problem would be proving that the female had lied and that the men had no idea, especially considering that it would be after the birth of a child and can be exploited. There is a petition on Change.org calling for “birth control sabotage” to be illegal.

If the encounter had not been so violent and traumatic for the victim, would the commenters have been so adamant about calling “M” a rapist? The situation is very difficult, but can we really make the distinction between what happens between too consenting adults? At what point do we take into consideration personal responsibility?

“M” never held her down or forced her. He tricked her into having unprotected sex. I’ll leave the question up to you.

Leave your comments below.