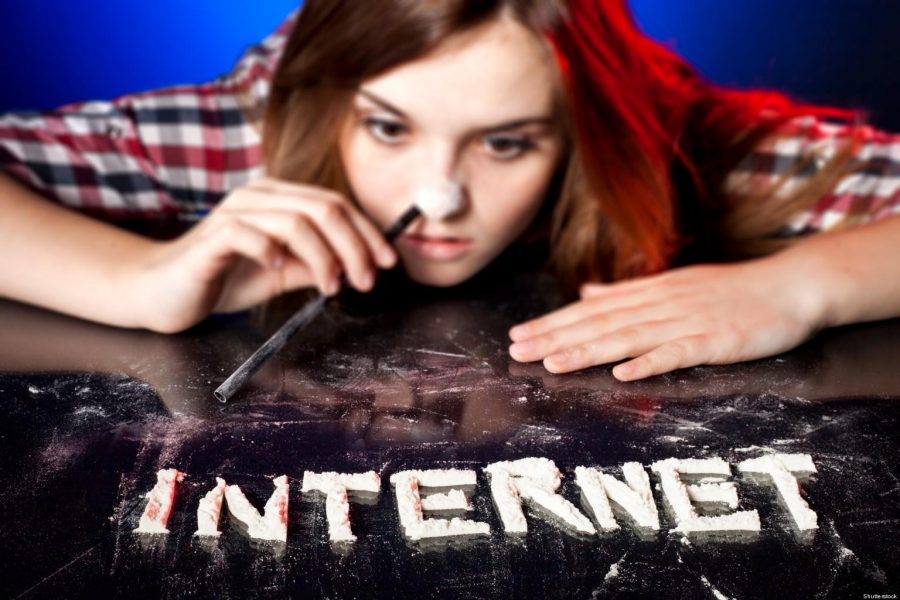 The world of addiction is a dark downward spiral that engulfs everyone who falls into it’s vicious trap. There are many different types of addiction, yet I wonder if modern addictions are really addictions at all.  Do they affect the brain and such as common addictions like alcohol, drugs and sex? I believe the these new wave addictions such as texting and Twitter are superficial, and are not remotely on par with the level of emotional trauma caused by substance abuse.

Yet we are treating them as if they are.

People are obsessed with their phones, iPads and computers because they are all connected to the one thing we need in this society – the Internet. We crave our wireless fix every day, and for some people, it can get in the way of their everyday lives. For many of us, we just crave the need to know things as fast as possible, and for others, it is a way to escape their own reality. The internet gives some people hope, and for others it’s brings them back to reality, so this constant need for updates and information hangs over everyone in the western world and some people have 100 percent dependency on it.

So is this actually an addiction or is it simply a distraction? The human brain is very susceptible to addiction and the need to constantly check your e-mails or Twitter every ten minutes could stimulate the same part of the brain that a pint of beer would in the brain of an alcoholic. Vanessa Kuval, a Psychology graduate of Graz University in Austria, explained to me that almost all addictive reactions come from the same part of the brain, which is called the reward system. Addiction exerts a long and powerful influence on the brain that manifests in three distinct ways: craving for the object of addiction, loss of control over its use, and continuing involvement with it despite adverse consequences. For many years, experts believed that only alcohol and powerful drugs could cause addiction. Neuroimaging technologies and more recent research, however, have shown that certain pleasurable activities, such as gambling, shopping, and sex can also co-opt the brain. The constant checking of social networks and emails triggered the same reaction, and so it’s possible to claim that some people have a real addiction to their online social life.

I believe that even though it exerts the same reaction from the brain, these “social addictions” do not even come close to the same level as alcohol and other substance abuse  Addiction changes the brain, first by subverting the way it registers pleasure and then by corrupting other normal drives, such as learning and motivation, which when compared to the use of mobile phones and the internet, it’s hard to say as to wether or not it completely changes their brain.

Kuval agrees that “when someone develops a need for drugs, not only is it his or her personality that’s affected, but most of the time his or her body as well becomes addicted, which means you are psychologically and also physically hooked.” This means that someone who believes they are addicted to their phone, the internet or any form of social media isn’t affected physically, only psychologically. Kuval uses the example of eating disorder. She says that “People who are affected by eating disorders are effected psychologically. Although physically their body is affected, if they were to change their habits, it wouldn’t have the same effect as coming off of a drug or as an alcoholic staying sober.”

I agree that because there would be no physical reaction to someone being cut off from the internet. It cannot be described as a pure addiction. The issue with this is because it isn’t recognised as a mental disorder, nobody has conducted tests to see what would happen if you took away a teenage girls Wi-Fi connection. If someone took away my internet because they felt it was controlling me, then I’m sure I would be able to overcome my initial reaction, but I would be able to do other activities and things to keep myself occupied without the fear of a psychical reaction due to the lack of internet.

In the brain, pleasure has a distinct signature: the release of the neurotransmitter dopamine in the nucleus accumbens, a cluster of nerve cells lying underneath the cerebral cortex (see illustration). 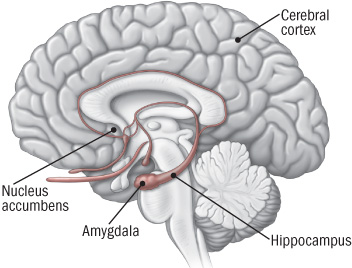 Dopamine release in the nucleus accumbens is so consistently tied with pleasure that neuroscientists refer to the region as the brain’s pleasure centre. Drugs of abuse, from nicotine to heroin, cause a particularly powerful surge of dopamine in the nucleus accumbens. The likelihood that the use of a drug or participation in a rewarding activity will lead to addiction is directly linked to the speed with which it promotes dopamine release, the intensity of that release, and the reliability of that release. The fact that people don’t feel an overwhelming sense of pleasure when using their phones or the internet that they would feel from drugs or a good meal shows that this isn’t, in my opinion an addiction.

People can go on saying that their children are addicted to television, the internet, Twitter, their phones and checking their emails, but the truth is that they are just bored with the reality around them and this is what needs to change. People are constantly checking social media to find something that excites us: a party, where they can smoke to their hearts content, a Tweet from the local liquor store with a deal on their favourite whiskey or an email from an old girlfriend asking to meet up. The addiction isn’t to their device, it is simply a gateway to feed the other, more sinister addictions which in a nutshell is the problem we, as a society have developed.