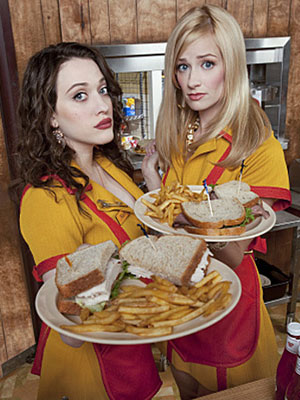 Working in the service industry these days takes a special type of person. The qualities needed to survive are a concoction of character traits that if not possessed, could crumble you to the core. As long as you’re a hard worker, the only other ingredients needed are a little bit of sweetness mixed with a fair amount of strong will, topped with a hidden dash of an “I don’t give a damn” attitude. It’s like a mental elixir one must chug before each shift. One who may have never had the pleasure of serving the public may ask why and the answer to that is quite obvious:

To deal with crazy, you have to be a little crazy yourself.

The server’s point of view is basically the opposite to that of the customer. Whether waiting tables, tending bar, selling movie tickets or anything having to do with quick turnovers and large sales to the public, all kinds of people walk through those doors from kooky to kind, and they all want your undivided attention as if they are the prettiest girl at the ball. Little do they know that more often than not, you are trying to save face from the storm that is going on behind the scenes.

Whomever the public deals with directly is the middle man between them and the establishment where they are spending money. While customers come in and spend a very short amount of time in any given place, they think that because someone is working in the service industry, their job must not be that hard. This is a great misconception. In most cases, there is rarely peace and harmony amongst the management and staff.

Just because someone may work in a grocery store or restaurant does not mean that this is their calling in life. Chances are great that they are willing to work at any job to pay the bills and support their families.

To be fair and not lump the public into one generalization, there is something to be said for the token “regulars” who know what it’s like for the folks who work at their favorite establishment. They see on a day-to-day basis the ignorant instances that happen when John Q. Public comes in asking brainless questions with not an ounce of manners in sight. Therefore, they do not fall under the same category.

Some of these regulars are actually saving graces when it comes to a misunderstanding with the higher ups. Some can be comic relief, and some just let you know that there’s still hope for mankind, because honestly, with some of the people that you encounter, it makes you wonder.

It is understandable that when spending money at a certain place, you as the customer would expect a certain level of respect. It is another thing to expect whomever you ask for help to drop whatever they are doing to cater to your every question, query or complaint.

When one ventures out on the town whether it be to a movie or show, restaurant or bar, grocery or clothes shopping, they seem to have the perception that wherever they may go and however much they spend, the mere fact that they are patrons of said establishment should mean royal treatment. There is a small minority left of the public that realizes when you show even the smallest amount of respect, you get it right back. Seven years in the bar and restaurant business, and I would like to say I’ve seen it all, but sadly I get surprised almost every day I work at how the level of ignorance is on the rise.

That is what it boils down to really –  respect. It’s almost dehumanizing sometimes the way some people act when they are picking up the check. If your income is based mainly on tips, that means all the more fun for you! There are too many scenarios to choose from that have happened proving that ignorance is on the rise and the idea of manners is dying.

Cell phones and social media are an utter nuisance when you are trying to deal with a customer. Easily distracted by a Facebook notification or text message, they think you have all day to wait for their response. When the place is closing, all employees are very tense and ready to go home. That lingering customer that doesn’t get that just because somewhere may be open until 11 p.m., it is not appropriate to walk in at 10:57 and expect top of the line service.

With all things considered, there really are all kinds of people that one working in the service industry must deal with. Happy or sad, loud or quiet, rich or poor, weird or foreign, nice or mean, we see it all and force a smile. When the customer must only deal with you. Think about that for a second while I chug the aforementioned mental cocktail, and then a few real ones after my shift.