Like many other campaigns and causes, is The He for She campaign just one big trend? 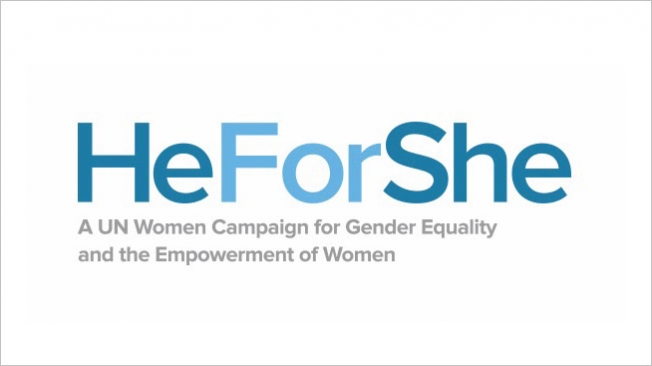 The ALS ice bucket challenge and The He for She campaign are two different campaigns, spreading awareness for two different causes. Despite their differences, they have one major thing in common:

Over the summer, The ALS ice bucket challenge was a nice way to spread awareness and raise money toward this horrible, life threatening disease. But, once the weather got cooler and we all headed back to a routine schedule, we all forgot about it. No one is pouring ice cold water over their heads anymore, or posting about it on Facebook. It was short lived, just like many other campaigns.

The He for She campaign will be next.

The He for She campaign, which was launched by actress Emma Watson at a United Nations meeting in New York City on Sept. 21, urges men and boys to advocate for gender equality. Watson, who was named a UN Women Goodwill Ambassador earlier this year, gave a compelling speech about all genders coming together to fight inequality.

In her speech, Watson states how she became a feminist with personal experiences, explaining how she constantly questioned “gender-based assumptions” growing up. She also described the campaign as seeking to end the “us vs. them” mentality, and to stop associating feminism with “man-hating.”

While I applaud and truly admire Watson for her campaign, there’s a part of me that feels this campaign, like all campaigns to spread awareness for something, will be short-lived. It’s not Watson’s fault. Most people get so passionate about a certain cause for a little while, and when life gets too busy, stop caring about it. That’s just life. When you slap a celebrity’s face to any campaign, you’re going to get a lot of publicity, especially if it’s someone like Emma Watson.

People are eventually going to forget about this campaign in a few weeks. Do you honestly believe that in a few months, when we’re looking forward to the holidays and getting out of school or work, we’re still going to be talking about gender equality? I highly doubt that.

Does anybody else remember the KONY 2012 campaign?

It was the biggest campaign in 2012, causing millions of people around the world to try to stop the African militia leader, Joseph Kony who was abducting children and forcing them to become soldiers. The charity, called Invisible Children, caused many people took to Facebook and Twitter to share the viral video that exploited Kony and his horrific acts. Celebrities like Rihanna even jumped on the bandwagon, wanting to do everything in her power to stop Kony. By buying posters, ‘help kits’ and t-shirts, people thought they were doing good by supporting this cause.

It turns out that the entire campaign was a complete scam. According to Charity Navigator, a U.S. based evaluator gave Invisible Children mixed rankings, giving the charity four stars financially but two stars for accountability and transparency.

I’m not saying that The He for She campaign is a scam, because it isn’t. The campaign itself isn’t asking for anyone’s money, just for their signature to pledge to stop gender hating. This does prove that people will do anything to come off as philanthropists, even if it’s for a little while. They believe that by signing a petition, dumping a bucket of ice water on their head, or buying a t-shirt that with a cool logo that says a name of a campaign is doing some good. In reality, all people want to do is show other people how much of a philanthropist they really are.

Spreading awareness is great, but it’s just not enough.

Believe me when I say that I’m not criticizing anyone who has done an ice bucket challenge or signed a petition thinking they were doing some good. I’m guilty of it too. I fell for the KONY 2012 campaign and almost donated my money to the cause. This summer, I did take the ice bucket challenge, but maybe  I was more concerned about seeing my friends dump ice cold water on their heads instead of the cause itself. Maybe that makes me a bad person, but I know I can’t be the only one has done this.

Everyone likes to feel like they’re doing something good when they take up some kind of charity case, but no one ever sticks with it. Which is extremely sad, because there are plenty of charities and campaigns that do deserve more than just a few months of attention. These campaigns shouldn’t be trends because they stand for something much greater than that.

So, does this mean feminism is one big trend?

The He for She campaign is a great cause. The idea of gender equality is great, and something I’m sure most of us want. But, if those 158,484 people who signed The He for She petition don’t do anything to support this cause, what’s the point of signing it?