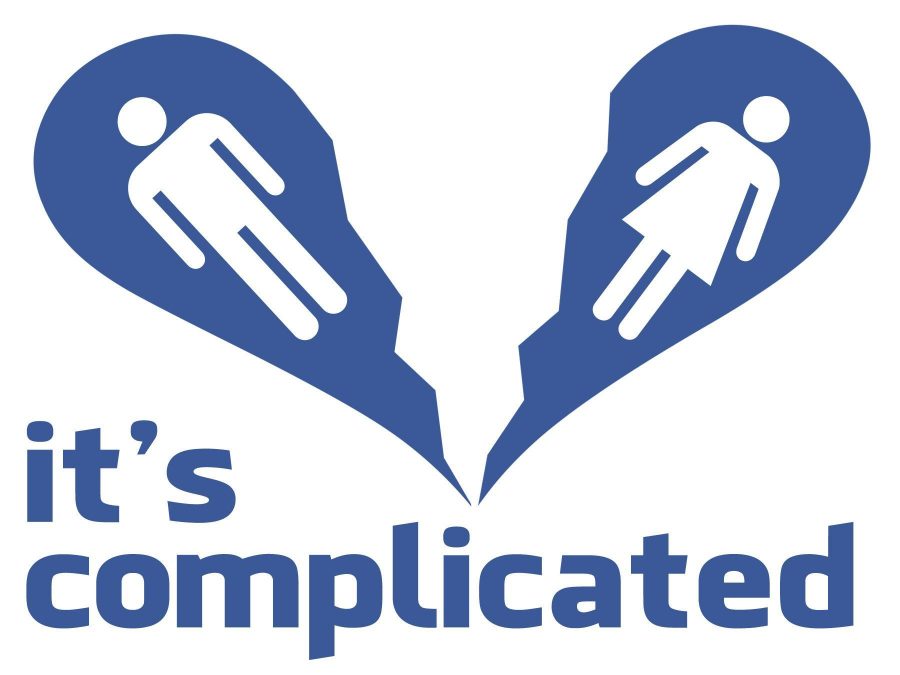 Social media is one of the greatest productions of modern society, it has literally helped billions of people connect all over the world in ways that a generation before could only dream about. One of the key issues with social media is how I believe, it has an effect on the modern relationship.

Social media has the power to improve a relationship to whole new level, but also provides the means to destroy everything that was built over time in just a fraction of a second.

Modern relationships go with social media as well as Jack and Coke and although it seems great, normally things get messy and I think there are a number of reasons for this. Many young people don’t consider a relationship to be confirmed until it is ‘Facebook official’. Your online relationship status is effectively your online wedding ring, it lets other people know what position you’re in without them even having to ask. (If your relationship status is ‘it’s complicated’ then you may as well stop reading this now). People take this sort of thing very seriously, my current relationship only became official a few months ago and although a a handful of people knew, many of them didn’t and that’s normally how I like it, I don’t want people poking their noses into my personal life. Which is ironic I suppose because I am a journalist. 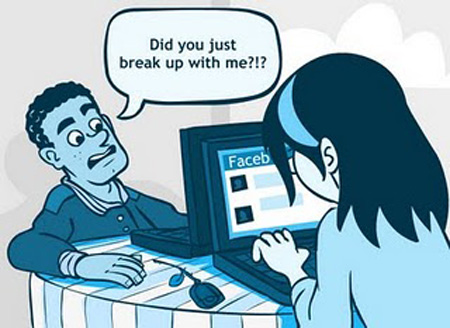 I think a simple digital status to show the world of your relationship really doesn’t give it the justice that as a couple, you deserve. Sure it may get a few likes, but in the grand scheme of things nobody really cares. Social media is about making others feel worse about their lives by showing off what you are doing in yours, so why would other people care about a new relationship that doesn’t effect them in the slightest?

Because these relationships are so digitalised, I think many people get lost in a false sense of reality. They start to believe things they see and read online and without talking to their partner they make assumptions based on something taken completely out of context. Ultimately because relationships can now happen at a long distance this makes things even harder.

Your significant other is never more than a text away and people get paranoid when they don’t get a reply. Funnily enough although most people won’t mention it, the first thing that runs through their minds is that their partner is cheating on them. Not only that but people assume that you are mad at them when you don’t text in ‘your regular style’ or if you use no kisses or emojis. And to top it all off as soon as you’re as tagged in something or checked in somewhere, your significant other will find out, you won’t know how nor will you know why, but normally they will be mad, especially if they didn’t have a preplanned itinerary of your day.

Think about it, what’s the most superficial thing that you’ve argued about? You’re in tagged in a picture with a girl who hugged you a little too closely? You had a girl in your top friends on snapchat? Or maybe you simply liked the wrong Instagram picture. At the time they may seem like earth shattering, relationship destroying arguments, but when you look back you realise how petty these online arguments are. 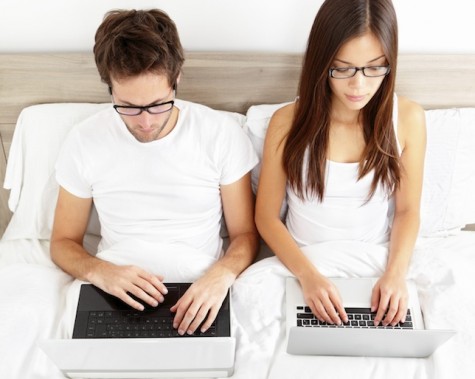 Most people feel comfortable sharing some of their most personal secrets online and to an extent actually enjoy sharing their beliefs with anyone who will listen. The Internet gives small people a voice and although many of you may or may not believe that this is a huge step for society. it isn’t.

Single minded people normally find a way to big audiences, wether that be through blogging, shouting on the streets or becoming a politician.

Blogging site Tumblr is a free speech minefield, sometimes you’ll find a post that can have a big effect on your life and even change the way you think about a person or subject. But unfortunately these are shadowed out by the single minded “trolls” who sit at their computers with an agenda that centres around antagonising as many people as possible.

There was a scandal online back in March that involved YouTube personalities and how some girls were making sensational accusations about them. The Tumblr posts were full of emotive language written by girls who felt they had been manipulated into doing things that they didn’t really want to do and, recently one of the personalities gave his side of the story.

Throughout history people have had their lives destroyed by false or misconstrued accusations and the Internet has become a place where this happens on a daily basis. The YouTuber didn’t post any content for 6 months and became an online recluse and, in his latest video he talked about how many of the stories were sensationalised and blown way out of proportion. He claimed that the matters had come to light and he had resolved them without the need to share anything with the online community. But all it takes is one person in a crowd to shout witch and an angry mob will chase them down the road. The video is filled with vile comments telling him to go and die and to never make videos again, these people probably didn’t watch the video, they don’t care, they just want other people to like their comments.

The Internet is a dangerous place but, just like an iPhone without a case it’s a beautiful thing that when treated with respect becomes something that many people couldn’t live without. The beauty however is shrouded by the fact that one mistake could leave things shattered in pieces across the ground, just waiting for you to cut yourself as you try to fix it.

The Internet is part of us now and will evolve as we do, it’s a wonderful, terrifying time to be alive.