The Era of the Side Chick 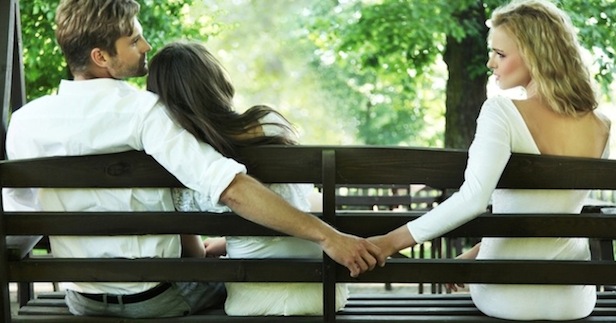 WARNING: If your man refuses to be seen with you in public, only texts you to hang out after 3 a.m., and keeps your relationship a secret…. then you may be a side chick.

While polygamy, secret affairs, and dirty cheats have been around since the dawn of time, the term side chick has recently exploded – giving a new name to those ladies who aren’t considered worthy enough to possess the girlfriend or wife title.

There are plenty of women out there who not only accept their role as the side chick, but like it that way. And I have to admit, I have found many benefits from that position.

Commitment is out the window, so you are free to do as you wish with whomever you want.

You don’t have to constantly have communication. You text a few times a day, and it’s usually to discuss the next time he’s coming over.

And the best part about it? You have time to yourself. Those nights when you want to cuddle or need some late night company, he’ll be around. And when you want to sleep diagonally in bed, taking up as much space as possible, you have the ability to do so.

But what about the girls on the side who don’t know they are?

There are many signs to figure out if you’re the main chick or the side chick. If you’re the main chick, then you have probably met his friends, and maybe even his family. He takes you out, buys you things, and celebrates holidays with you. When he texts you, it isn’t during random hours of the night, and it isn’t impossible to get in touch with him.

If you don’t experience any of these with your boyfriend, then either you’re the side chick, or you need to dump the loser that you’re dating.

So what is it about these boys that make us accept being underappreciated?

I have spent many nights asking myself “What are you doing? Why is this something you’re okay with?”

We women like to think of ourselves as independent and deserving of the world. And the truth is, we are. We each deserve someone who will give us undivided attention and shower us with love because everyone deserves a happiness like that.

Yet, we take on the role of the side chick and allow ourselves to be kept secret when in actuality, we should be shown off for the whole world to see. The question is: why?

Have you ever been addicted to someone? No matter how much of that person you get, it’s never enough. There is a constant craving for his presence and his affection. You get withdrawals from the way he makes you feel, and instantly get your next fix the moment he says or does something that makes the butterflies in your stomach go berserk.

I think that’s what it all comes down to. We accept where we stand in their lives because we’re addicted. Why wouldn’t we be when it’s something that makes us feel good? I mean, that’s why people do drugs, right? They take something that turns every negative into a positive and makes every impossibility suddenly seem possible.

Love can feel like that sometimes. If you can even qualify the life of a side chick as love. It’s sad, really. We waste the love we have to give on someone who won’t ever reciprocate it, and instead gives what we crave to someone else.

And what if they do give you the love you want? Are you supposed to take it seriously? Is it possible for someone to be in love with two people at the same time?

The goal of many side chicks is to one day become the main chick in their boyfriend’s life. And let’s say that one day your man decides to give you that promotion. Can you honestly trust him with your whole heart when you know that you were once the girl on the side who ruined a relationship? How do you know that there isn’t going to be another girl on the side or that you were the only side chick in the first place?

There is a lot of guilt that can come with being the other woman. There are some girls who could care less. But for the girls like me, the girlfriend always creeps her way into our minds. She kissed these lips first. You can smell the perfume that is still lingering on his clothes when he hugged her goodbye. They were lying in her bed before he got to yours.

But he makes you happy, so it must be worth it, right?

The truth is, I’ve spent my fair share of time on the sidelines. Through much trial and error with my choice in men, I’ve come to one conclusion: being the side chick is not worth the time or emotional investment. I know that it can be fun and seem like a good idea at first, but like the case with most addictions, you lose sight of what’s important.

And what’s important is yourself.

Dating is hard, and finding a good guy seems next to impossible these days. I’ve been told that the search for Mr. Right is difficult but worth it in the end. And while I’m still on my journey to find this mythical creature called “the one,” I have to believe that what people tell me is true.

Because I deserve more than second place. And so do you, ladies.