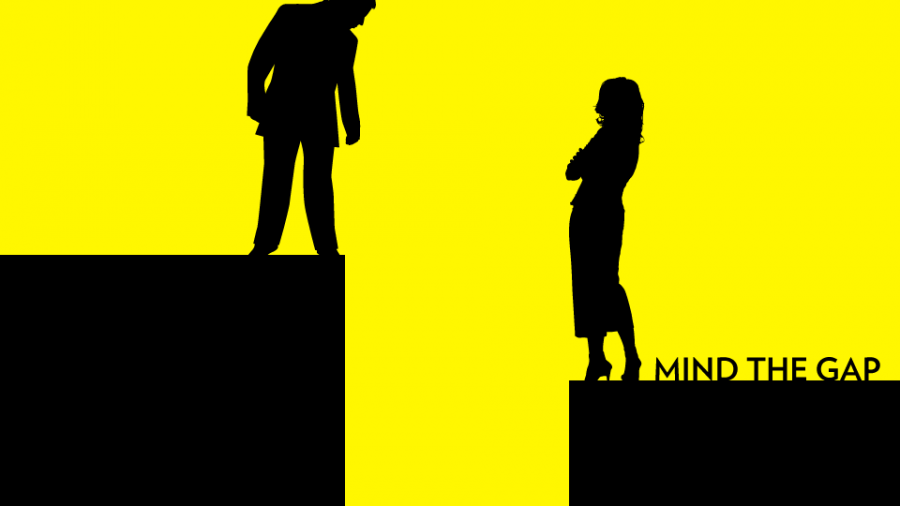 As college students, we all know what equality is and how women fought for equal rights and are still fighting today for the same respect men receive. But how aware are we of the inequality that is still present between genders?

Tuesday, April 14, was Equal Pay Day. This is a day selected each year by the National Committee on Pay Equity which is a coalition of women’s, civil rights and labor groups, to draw attention to how much longer women must work to earn what men earned in the previous year.

When President John R. Kennedy signed the Equal Pay Act in 1963, a woman working full time year-round during the 1960s typically made only 59 cents for every dollar paid to a male colleague.

Patricia Arquette, while accepting her Oscar for Best Supporting Actress for the movie Boyhood, made a rousing speech about women’s equality.

“It’s time for women. Equal means equal. The truth is the older women get, the less money they make. The highest percentage of children living in poverty are in female-headed households. It’s inexcusable that we go around the world and we talk about equal rights for women in other countries and we don’t.”

While some quickly criticized her speech as inappropriate, statistics support her claims. According to the Institute for Women’s Policy Research, in 2014, the ratio of female-to-male weekly earnings was 82.5 percent.

Nationally, women still earn a lot less than men even when they are working in the same position for the same time. Why do people think that is still acceptable?

According to the New York Times, the gender pay gap is noticeable among college-educated workers. The higher the level of education, the bigger the gap, says the Times which blows my mind.

Men and women who have attended but did not graduate college have the slimmest gap, with women making about 80 percent of what men made (or about $16 an hour on average for women versus $20 for men).

Can someone manage to explain this to me?

As a woman who is graduating college in a month and is going to go into the working field, this concerns me.

Woman who have graduated college with advanced degrees earn $11 less than men but that is not my worry.

What worries me is that this topic isn’t mentioned as much as it should be.

“In 2010, 2012 and 2014, congressional Republicans blocked consideration of the Paycheck Fairness Act, a bill supported by President Obama that would have extended pay-equity rules that apply to federal contractors to the entire American work force, in addition to making needed updates to the Equal Pay Act. Obstructionism has only made the problem worse, and an even more pressing one for the presidential candidates to address,” says the New York Times.

I personally don’t understand how something like this is even legal. I may not be the biggest feminist in the world, but I believe in equal rights.

Tuesday is chosen this year for Equal Pay Day because that represents how far into the work week women must work to earn what men earned the previous week.

So what this says to me is that we are always two steps behind.

This is the year 2015 and we are living with technology and advances that people wouldn’t even have thought about 50 years ago but society still hasn’t progressed.

Society is still falling behind on what is and isn’t fair. Society is giving women a reason to be feminists, and to feel not as worthy as men.

These statistics have just been on average for the average woman who is working an average job. How about African-American women? Or Latinos? Or any women that are don’t fit the society’s average?

I think that only thing to do next is to get involved.

Businesses can take a step towards progression by achieving pay equity. They can do this by examining their pay practices to determine if they actually treat all of their employees equally. While many employers may not realize their pay scares favor white men as a result of historical biases, the employees do realize.

I think it is important to get involved, whether you are an employer, employee, legislator, man or woman. We can help close the gap.

According to www.pay-equity.org “one way to get involved is to join NCPE’s annual Equal Pay Day campaign”.

Employers should complete a self-audit. This is a 10-step guide that helps you analyze your company’s practices.

The self-audit includes some steps such as: conducting a recruitment self-audit to seek for diversity in the applicants, evaluating the compensation system of your business to make sure you have a method to determine fair salaries and benefits, conducting a new job evaluation system to keep an up-to-date position description to all occupations, assessing how raises are awarded, evaluating employee training and implementing changes where they are needed to maintain equality.

There are ways to help close this gap and people willing to help, there is just more need for attention and positive feedback. It is important for this wage gap to close as much as possible.