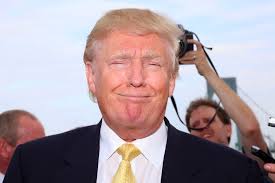 America, the land of opportunity, is now also for sale.

Because apparently the qualifications to run the country are money and status. Privilege and power in the entertainment industry and business realm should never be enough to elect someone and all him to make decisions that affect the livelihood of all people.

There are many opinions of Americans who hate the idea of Donald Trump being elected, or even running, for the President of the United States. However, no one can discredit him for what he is good at. Trump has obviously built an amazing career in real estate development and television shows such as The Apprentice.

In spite of Trump’s strenuous work and good business dealings, those qualities do not make him eligible to be the leader of the free world.

Trump claims to want to want to make the United States a better place and “great again,” however, there are a few negative things Americans are aiming to correct or eliminate, and Trump is responsible for being involved in a few of them.

Besides the economy, Trump has offended many groups and simply does not have the humility a president or decent human being is supposed to have. Three of the world’s most provocative issues are racism, sexism, and the economy, and since has declared bankruptcy in the past, I’d say he may have failed all three.

“The U.S. has become a dumping ground for everybody else’s problems. … When Mexico sends its people, they’re not sending their best. They’re not sending you. They’re not sending you. They’re sending people that have lots of problems, and they’re bringing those problems with us. They’re bringing drugs. They’re bringing crime. They’re rapists. And some, I assume, are good people.”
Just one of many ignorant, racist remarks made by Trump. He has offended more people than the Grinch on Christmas day. To say that many Mexicans are rapists, killers and bad people is judgmental and closed minded. Those very people are trying to make a living like the next Caucasian or African-American person. And to be judged by stereotypes and false information sets America back from all the progressive it has made over the past 60 years. Furthermore, no matter where a person comes from, once they live in America, and pay taxes in America, they are American. A president or person in political power is supposed to protect the people of the United States and make them feel comfortable and not discriminated against.

Pick them up. Not pick on, Donald.

New York and America have become a melting pot of different races and cultures, so a president would have to reflect that and accept the everyday people in the country.
Not only has he disrespected the current President of the United States, Barack Obama, but has not shown great leadership skills. He has shown lack of respect for the country in the process of him trying to target the president. To question the leader of the country, in condescending and personal ways, shows he does not understand the sacredness of the political system.

He did not do that to any other president but the “black one.”

During one of trumps usual Twitter rants (Do you really want your next president to have twitter rants?!), he stated,  “Sadly, because President Obama has done such a poor job as president, you won’t see another black president for generations.”

After being called out in the media for his comment, trump continued by saying; “I thought he’d do a fabulous job for the African-American citizens of this country. He has done nothing. They are worse now than just about ever.”

According to The U.S. census data, there are 3.9 million fewer whites in school now than there were in 1970, and 2.5 million more blacks. Not only have African-Americans been excelling in education but they are financially doing better. For Trump to say they are worse than ever is simply a reminder that he is not factual. That kind of thinking is what starts ignorant thinking and racial wars.

Trumps target on African-Americans did not stop there. During the Baltimore riots, black men and women were fed up and showed their disgust and disdain for the treatment from some members of the police. Prior to the riot, another black male was wrongfully targeted and killed. Trump showed his lack of support and knowledge by tweeting, “Our great African-American president hasn’t exactly had a positive impact on the thugs who are so happily and openly destroying Baltimore!”

For Trump to blame the president for people being upset and lashing out due to being bullied is like everyone blaming Trump for the Caucasian officer’s behavior, just because of his skin color.

Trump lacks the morality and common sense to be president. He simply does not have a way with words. Sexist is not a big enough word to describe his comments and actions against women. Trump has made cringe worthy comments about his daughter that stated, “I don’t think Ivanka would do that [pose for Playboy], although she does have a very nice figure. I’ve said if Ivanka weren’t my daughter, perhaps I’d be dating he.r”
A man who would even joke about his daughter having a hot body or dating her, is creepy.

One of the biggest headline was Trump’s feud with CNN’s female reporter, Megyn Kelly. Trump was upset with her questions in an interview and attacked her character on different television networks. He later tweeted, “You could see there was blood coming out of her eyes, blood coming out of her wherever,” which alluded to her being on her menstrual cycle and that was the reason for her asking the questions he did not like. Trump later tried to clarify his comment by saying he meant blood was coming out of her nose, which still makes no sense.

As a human being, Trump seems to be a bully. Picking on any and every one that crosses his path but wants to act as if he is a major humanitarian.
Who does he think he is he kidding?

Are gold plated seat belts, 24 karat motorcycles or $100 million jets truly necessary?
Seems like someone needs a huge slice of humble pie. There is nothing wrong with rewarding yourself with luxurious prizes, but for someone who claims to despise money being wasted, Trump has made many extra and unnecessary purchases. He has many different homes and does not spend much time in any of them. Why not give all that unnecessary money to the homeless. Trump has spent more time criticizing and less time trying to help people in need.

Yes, proceeds of “Celebrity Apprentice” goes to certain charity organizations, but with all the money it takes for production, why not just give it to organizations without the need of the cameras and promotion.?

The American people not only want a better economy, but to end racism, prejudice, and sexism. Each issue is just like a horrible wind, holding america back from walking forward. And if you can honestly say that you are content with electing a man who contributes to the negatives in the world, then self evaluation is a must. True Americans, stand together and do not discriminate or demean each other.

So ask yourselves, is Trump even American enough to run the country?

Not only has his words cost him respect but also certain entertainment opportunities; like his role on his show, “The Apprentice,” NBC has fired him and issued several apologies due to his ignorant statements and Tweets.

What will the American children learn from this man? What positive affects will he have on any one? It looks like nothing positive will come from this man being president.

Donald Trump, on behalf of the minorities, women, and all the people you have looked down on, we have a message: You’re Fired.