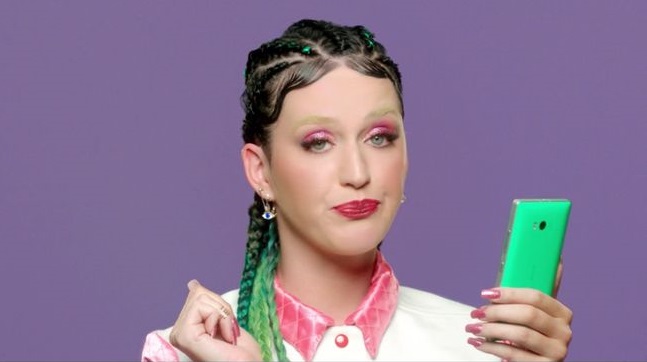 For those of you unfamiliar with the concept of cultural appropriation, here’s a definition I took straight from Google –

Cultural appropriation is a sociological concept which views the adoption or use of elements of one culture by members of a different culture as a largely negative phenomenon.

Instead, they only claim to like the culture because of what they can gain from it, or because it “looks cool.”

It seems that cultural appropriation has become somewhat of a fad these days, particularly within pop culture. Starlets like Kylie Jenner, Miley Cyrus, Vanessa Hudgens, Katy Perry, and Iggy Azalea (just to name a few) have taken it upon themselves to adopt certain styles from cultures other than their own.

These celebrities and a few select others parade around as if the significance behind the bindi on their forehead or the cornrows they’re rocking mean nothing to them.

The topic of cultural appropriation really made waves earlier this summer when a young, black actress, Amandla Stenberg, called out Kylie Jenner for wearing cornrows (which are known as a signature hairstyle for the black community) but failing to address black issues.

Stenberg wrote, “When u appropriate black features and culture but fail to use ur position of power to help black Americans by directing attention towards ur wigs instead of police brutality or racism… #whitegirlsdoitbetter”

Jenner chose to brush off Stenberg’s comment and responded in a manner that let us know she had missed the point completely, “Mad if I don’t. Mad if I do.”

Stenberg also brought cultural appropriation to light earlier this year when she made a Youtube video entitled, “Don’t Cash Crop on My Cornrows.”

Among the topic of cultural appropriation was the Rachel Dolezal scandal earlier this June.

For those of you unfamiliar with the story, Rachel Dolezal is a Caucasian woman who posed for half of her life as a black woman. She tanned regularly to keep up the illusion of her brown skin tone, she wore wigs and weaves to produce a more ethnic looking hairstyle, and she even went as far as to lie about who her own parents were so people would think she was of African-American decent.

What Dolezal did took cultural appropriation to the next level. She not only adopted a culture outside of her own, but she went as far as to deceive those around her by posing as a black woman.

As a black women myself, I not only find this disrespectful, but disturbing. To go to such great lengths just to change who people perceive you as racially takes a truly psychotic individual.

As if there is such a thing.

Then there’s always the argument from people who just don’t see the problem in cultural appropriation and think that people should be free to wear, do, or say what they want regardless of if it’s appropriating culture of not.

My stance is simply this – there is a difference between appreciation and appropriation. You can show appreciation for another culture without appropriating it. If you know the significance behind what you’re wearing and the culture you’re representing, then I have no problem with it.

It’s when people take something from a culture without knowing the meaning behind it and claiming it as their own that I do have a problem with. In that sense, it’s almost seen as mockery.

So should it be acceptable for outsiders to make fun of certain cultural aspects that they don’t understand while simultaneously perpetuating and creating harmful and hurtful stereotypes of that culture?

Should it be okay for people to reinvent certain cultural aspects to adhere their own needs without giving credit to those who started it or even taking the time to understand said aspect of that culture?

You be the judge.