OP/ED: At Risk – The Uninsured in America 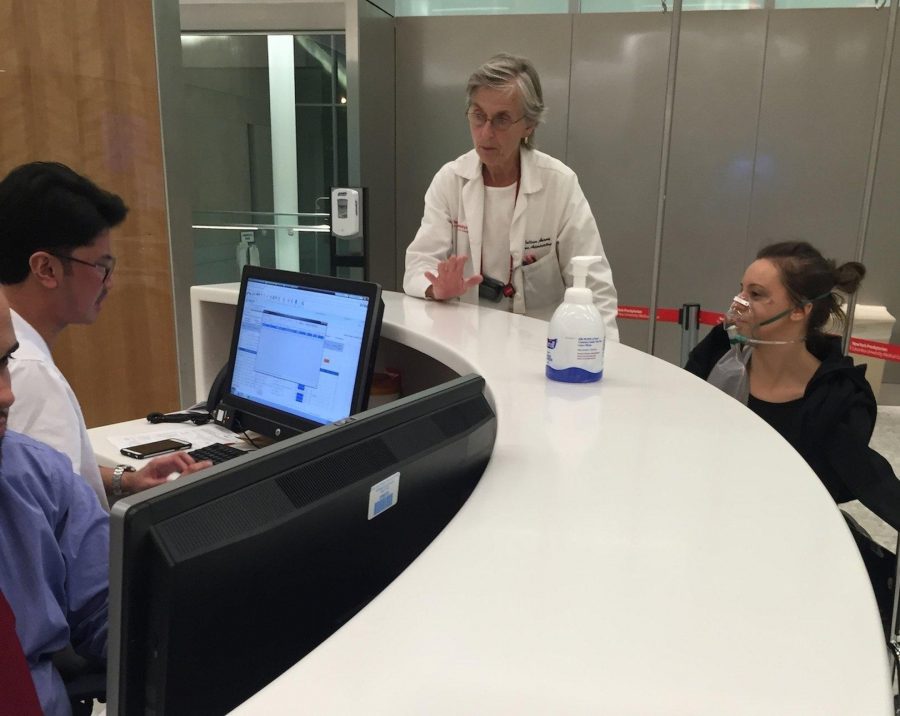 Everyday more and more Americans become uninsured due to financial problems, holding them to receive the medical attention that can potentially safe their lives. Sounds a bit scary to believe but nonetheless true, however there is a small hope for the thousands of people without a medical plan.

Any uninsured human being will need a hospital at one point in their lives, soon they can suffer from some sort of illness or injury. As a result they will not be able to afford proper treatment which reflects the value health has over money. The cost of health insurance in America varies depending on the age and public services.

Today, the number of uninsured people still increasing, and according to the Centers of Disease Control and Prevention (CDC) there are 35.7 million of people living in the United States without access to medical privileges. The numbers are mesmerizing. Yet we continue to face new cases of people who struggles for a plan that provides them with the attention they deserve as humans.  Decreasing or eliminating the number of uninsured is a key goal of the Affordable Care Act (ACA), which provides Medicaid coverage to many low-income individuals in the USA. Many medical choices are being made to acknowledge the issue of medical coverage to the American population. In more recent times since the election of current president Barack Obama who created the “ObamaCare,” which is a health care reform with a focus on providing more Americans with access to affordable health insurance.

However does this resolve the problem? Not at all.

As the country’s struggles for economical survival, uninsured people are struggling to find jobs due to the decreasing of jobs in recent years . It’s no doubt that individuals are being  used for the business known as the medical field, which truly only cares about how much money they are making instead of how many lives they are actually saving.

What about immigrants? Undocumented immigrants are not eligible for Medicaid and are barred from purchasing coverage. Immigrant and low income working families make up over 40 percent of the remaining uninsured. This is something serious to be taken in consideration because a lot of people are dying and suffering from diseases that can be curable and treatable.

New York State makes up nearly 8.9 percent of people who still uninsured, not bad compared to the rest of the nation. Finding solution to eradicate this fatal problem in the nation should be taking care off by the federal government and promote health over money.

There are several issues concerning the uninsured patient population in America. There are many areas of concern the congressional efforts to increase the availability of health insurance, the public image of the United States in foreign countries such as Japan with a health system much more developed than the one in the USA, will overlooked the way the U.S. manages their own population’s health.  In order to fully understand the uninsured problem is all about getting sick and have no way to get rid of it. Many corporations balance their budget through cost cuts and other moves, but have been over abuse with an increasing load of uninsured patients. The problem is that there is not enough budgeted to cover all patients without an insurance company, therefore more jobs and economical opportunity should be created in the nation in order to have a healthier nation. However, this event has been in debate in political campaigns for many years.

“I knew in my genetic history there something I need to watch out for,” says 21-year-old Christian Taylor, a senior in Mercy College, when asked about the uninsured people in America. “I  didn’t do the right thing and was always irresponsible with my asthma condition until I had realized I did not have insurance.” He has heard of medical options he can do in order to get the medicine that he needs, however he don’t trust those companies.

“If I need medicine, I use my dad’s insurance.”

Another point of view to take into consideration is what about those individuals who prefer to have a car or a cellphone insurance over their own medical insurance? It is a personal choice to have an insurance, however there still at risk of not being “protected” by a health plan provider.

Some worry that this issues will be endless because of the socio-economical causes behind it, but above all the moralistic and ethical services of the importance of an individual’s life.

Emmanuel Garcia, a 21-year-old senior at Mercy College, says he first heard of the word “Insurance” when his grandmother died because she was an immigrant and couldn’t apply for medical services. ” It impacted our lives so much that we decided to be proactive and make sure our health is the first priority.”

He adds ” It is very frustrating to get through that level, to work as much as we do and pay our taxes and trying to get back and not get the healthy lifestyle that you deserve for free. It is ridiculous.”

Well, after  hearing this confessions I realize how vulnerable we are as a society and how medicine can be manipulated to work against us.

Before I did not care about my personal health as much as I care now. I was immature, and experiences in my life helped me to see life with a different point of view. As I tightly get closer to the truth on the importance of taking care of my own body,  I could feel my inner voice telling me I was doing the right thing for myself.

Last summer I encountered myself going to a hospital that changed my life forever. I was feeling not well and decided to visit the Emergency Room. It was weird for me because most of the staff were rude to their patients. When nurse called my name, I felt disturbed by the way she called me, with such authority. They asked me what was wrong and I explained my situation in the best way I could possible do. I felt discriminated. It is not a secret that I am gay, and I am proud to  tell the world. After they asked me of my sexual preference (is that medical routines?) the temperature in that white room turned heavier and judgmental. I could see them staring at me with sarcastic looks, like I was a mistake of nature.

Unfortunately, I wasn’t there to be judge by anyone, specially by individuals who supposedly there to help.

I went back home thinking of how humans can be so “evil,” and I felt immune because I was sick and couldn’t do anything to help myself. I went back to my regular doctor for treatment and explained to her that specific moment at the emergency room. She helped me to call the hospital to report those individuals, and we did. After that moment I realized that the medical field is business. There is no room for compassion because while some care about you, their bosses are there for the money. However, not all of them are unethical and it is extremely important for people make  a strong connection with their regular doctor for better understanding and best health care. In the other hand I feel that everyone must have access to medical attention, regardless of sex, religion, age, background or insurance.

Maybe the medical field is not the best option for some people, but at least they keep us alive to enjoy a much more healthier life. If you can pay for it.