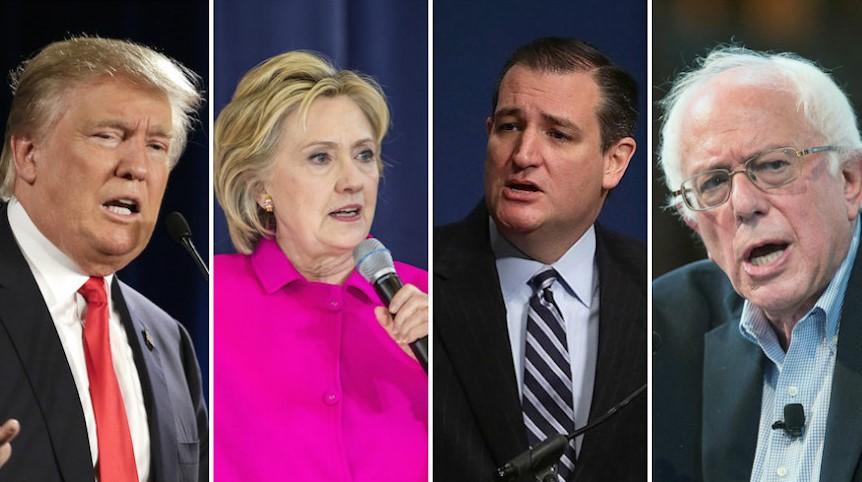 Every day, I turn on my television, and the first image that pops up on the screen is the race for the White House. Ever since last year, the amount of coverage this election season has been getting has been insane. It’s a media overload. To be quite honest, I really care about this election because my future is at stake here. I’m about to leave college in less than a month, and I’m about to enter the real world. It really kills me when people who are my age say that they’re not going to vote. Seriously, it does.

So the election coverage surplus is good. Sort of. Because the problem is what the media is covering really has less to do with the issues and more to do with the candidates one-liners, quirks and rabid fan base.

On the Republican side, we have Lord Voldemort himself, a.k.a Donald Trump, leading in the polls. He’s in the news every single day for the wrong reasons. His whole “campaign” is just about throwing insults at other people. I haven’t heard one good thing that has come out of this man’s mouth, yet people are voting for him. 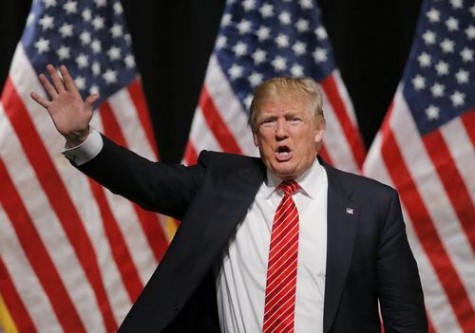 I really don’t understand. This is the same man who said that Obama wasn’t born in the United States, and there’s some type of conspiracy behind it. He even asked Obama to show his birth certificate. His whole birther theory is racist. That what it is. And people want this man to be the next president? No, not on my watch.

Then, we have the Democratic side. We have Hillary Clinton and Bernie Sanders. Now, I wasn’t always a full Hillary supporter, but she has the most experience when it comes to being in the White House. In fact, I really didn’t like the fact that she was going to run because I know the media is going to be harsh on her. Plus, she has made several hiccups in her campaign, especially when it comes to the Black Lives Matter movement.

Here comes Bernie Sanders, someone whom I have never heard much about before the race. There’s something about Bernie that’s authentic. Anytime I hear him speak, he sounds real. He does talk about making college tuition free for students, which I fully support. I feel bad for future college students because the cost of college is getting too expensive. His ideas are not feasible to some. But he has ideas, at least. And that is what this country is all about.

The constant coverage of the election has been too much. There will be times when I have to switch to a different channel because it’s so suffocating. I know I should be paying attention, but how can I when you have chickens supporting a racist man with no political experience? Let me repeat that again, no political experience. The people who turn up to Trump rallies to support him are a bunch of sheep.

It’s going to be hard for Bernie to catch up to Hillary because she’s more popular and well-known to the public. I’ve already accepted the fact that she’s going to be the Democratic nominee. On the Republican side, good Lord, I know it’s going to be Trump, unless Ted Cruz comes out of nowhere. If it’s between Trump and Clinton, I’m going to vote for Hillary. I don’t want this country run by a man who’s a racist, sexist, vile, human being. 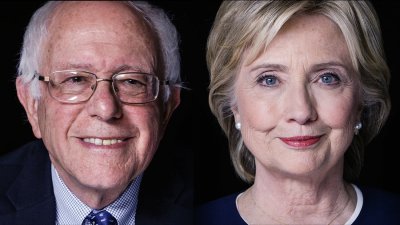 Another thing that really bugs me about this election is the  number of young people who are falling for Trump’s words. One day, I was eating lunch in the cafeteria with two people, a guy and a girl, and she said she’s voting for Trump. I immediately stopped eating and looked at the guy who was sitting across from me. We both looked at her and didn’t say anything. I really wanted to say something to this girl, but I held my tongue. In my head, I was thinking to myself, why? Why is this girl voting for this man?

I also hate the argument that we need a business man in the White House. That kind of thinking bothers me so much because it doesn’t make any sense. No, you need someone who’s had experience in politics. I feel that the  “business man” argument is pointless and stupid. The government is not a business. It’s supposed to be a representation of the people.

You know what’s crazy? If you look at Trump’s rallies, the kind of people who show up are very violent. They push, shove, throw out racist slurs. He doesn’t even say anything about it.  It’s a reflection of who he truly is as a person. He didn’t even denounce a former KKK member who endorsed him. That thought scares me, it truly does.

If it was a showdown between Clinton and Trump, I have a feeling that Hillary would win. What I want people to do, especially young voters, if they really care about their country, please go out and vote. I don’t think I can stress that enough.

If the American public elects the wrong person to be the next president, it really shows me the type of people who live in this country. It shows how foolish they are. If we pick the wrong person to lead this country, other nations are going to laugh at us. They’re probably thinking, how are they letting this man insult people like this? Why is there excessive media coverage on this one man only? On Nov. 8, I want every American to go out and vote. I want them to really think long and hard about this decision. Vote for the right person who seems completely fit for the job. One vote does make a difference.